An alien race that resembles a furred humanoid bipedal lizard. The Drakari people are a recent addition to the Varkesh and are involved in ongoing cultural and religious conflicts amongst themselves.

This article is written from the perspective of the Drakari Civil War time period. This means everything is described as it existed in Cycle 716 of the Drakari-Ta, 13 years prior to the normal 'Present Day' of Galaxies End.

This article includes stats and information for use in an RPG System. See the Table of Contents to jump to the relevant section(s).

One of several sapient races in the known galaxy, Drakari are a relatively recent induction to the Varkesh, joining the alliance in Cycle 683 of the Drakari-Ta. Only 6% of the greater Varkesh civilization is Drakari, with the remainder remaining within Drakari borders. The vast majority of Drakari outside of the species home planets are refugees and loyalist forces in retreat from the Drakari Civil War.

Drakari are generally recognizable by their tall, thin, fur-covered bodies, horns, tails, and long ears. United only by name, the Drakari people are split into various subcultures, with intraspecies and intercultural conflict dating back to their first written histories. These groups include but are not limited to; loyalists to the Drakari Union, colonists from the planet Takri, various religious entities, and ethnic subgroups. As of a year ago the loyalists to the Drakari Union and colonists of Takri have been perpetuating an ongoing civil war.

All references to Drakari subcultures, technologies, places, etc in these articles use their names as they exist in the common Drakari language - Si Kari.

Drakari are a humanoid, bipedal species ranging in height from 5'10" (177.8 cm) to 7'6" (228.6 cm) with several distinctive characteristics as well as several phenotypical and genotypical alterations based on subgroups. All sport a similar basic humanoid build; skull and nervous system going from the upper section of their body down via spine to a torso containing a diaphragm separating thorax and abdomen and all vital organs, branching out to two arms and legs each terminating in either a hand or foot at the end of a wrist or ankle respectively. Non-basic adaptations include an extended backbone fashioned into a tail as well as an extended muzzle with slits for nostrils, both of which vary depending on the subgroup.

A significant amount of the population of Drakari are born with two horns extending from their upper forehead at varying angles, composed of a core of bone with a surrounding of keratinized skin. Ears are also extended and can adopt a thicker fur pattern to protect the canal as well as the ability to swivel the pinna or outer portion of the ear to better detect noise or protect the sensitive inner ear from environmental hazards. Their eyes have a basic humanoid shape, anterior and posterior, iris and cornea, as well as varying colors of iris that expand and contract to allow the pupil to take in light at a varying rate. An adaptation unusual for humanoid species exists in some subgroups where a membrane exists covering the eye, coloring the tint of the iris, providing additional protection, but also hindering the ability to perceive color.

Their bodies in general are narrower in proportion compared to an average human, especially with their relative height. However, compared to an average Dovol, they are more stout in comparison. The tails are typically covered in thick fur similar to their hair often with corresponding colors. In some subgroups, these tails only have this thicker fur in the form of a tuft at the end.

Drakari legs are digitigrade, typically balancing on the front of their feet with four claw-tipped, thick toes of equal size instead of five. This gives the appearance of having two knees – One inverted – accompanied by an ankle just before the toes, and contributes to the perceived height of a typical Drakari through what the average human views as ‘long legs’.

Drakari are an omnivorous species, capable of eating various food sources. However, many prefer a primarily carnivorous diet, using plants and herbs only for garnishing and flavoring. It's commonly accepted that the early ancestors of the species were carnivorous predators, hunting larger prey and feeding in packs - A practice that evolved today into hunting parties for sport and event, and in the traditional communal family meal.

The Drakari species is native to the planet Roka, and has become commonly seen on the neighboring planet Takri. Most Drakari generally prefer colder climates compared to humans, though some ancestries are more tolerant to heat than others - Particularly those of the Matari. While the Drakari have lived in various regions throughout Roka for millenia, it is commonly accepted that the first Drakari people originated from the Chataki region. 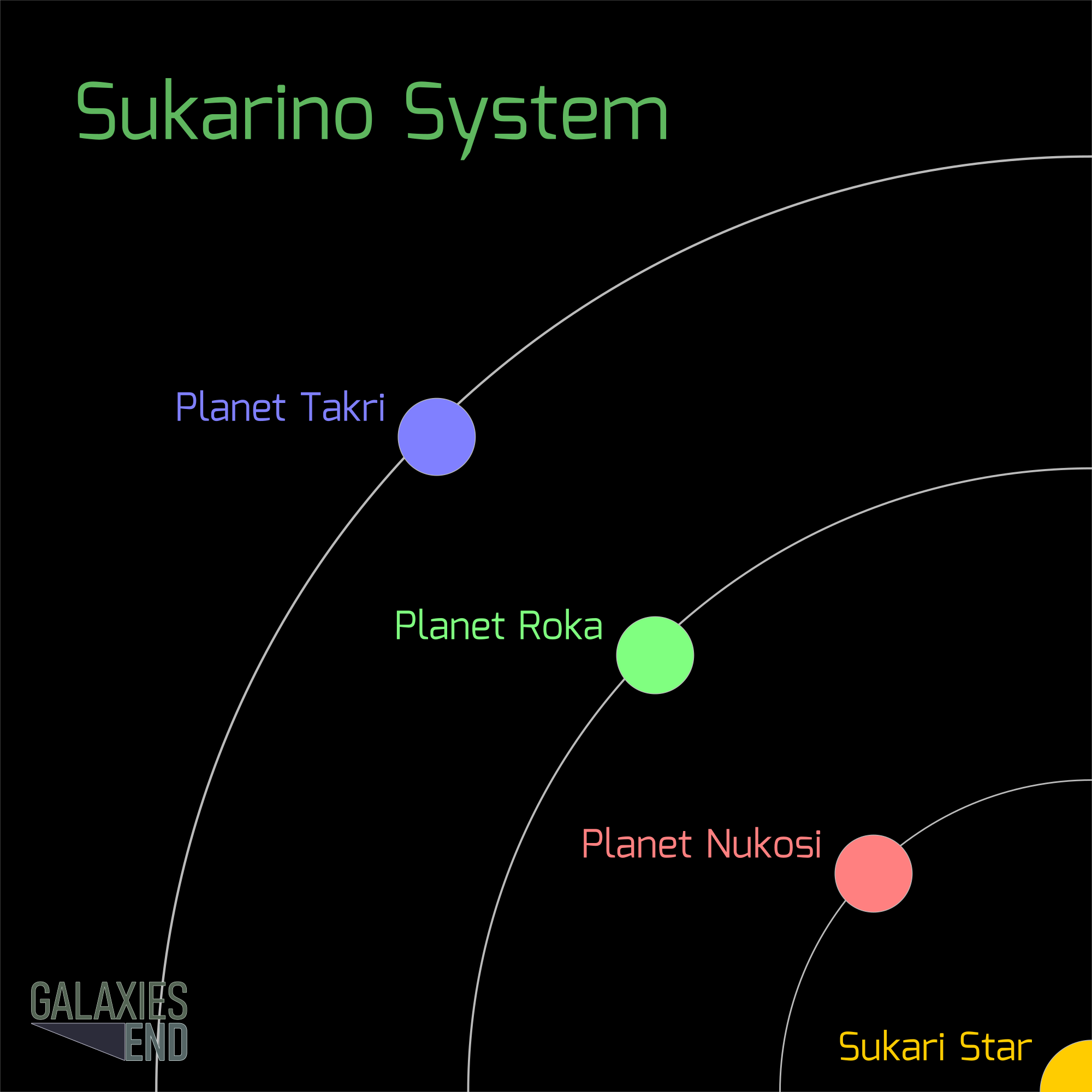 Drakari have the general humanoid suite of senses from the basic sight and sound to temperature and balance, though the Drakari ear and its adaptations of moving the pinna to better detect noises and to judge distance and direction give them a significantly better sense of sound than the average baseline humanoid. Their sense of sight is generally ranging from average to slightly worse in some subgroups where membranes cover the eye and hinder the ability to see in the full spectrum of color.

Drakari names vary widely depending on cultural origin, and are described in each subculture's individual article. However, most Drakari in the current age have a common name in Si Kari alongside their native name. 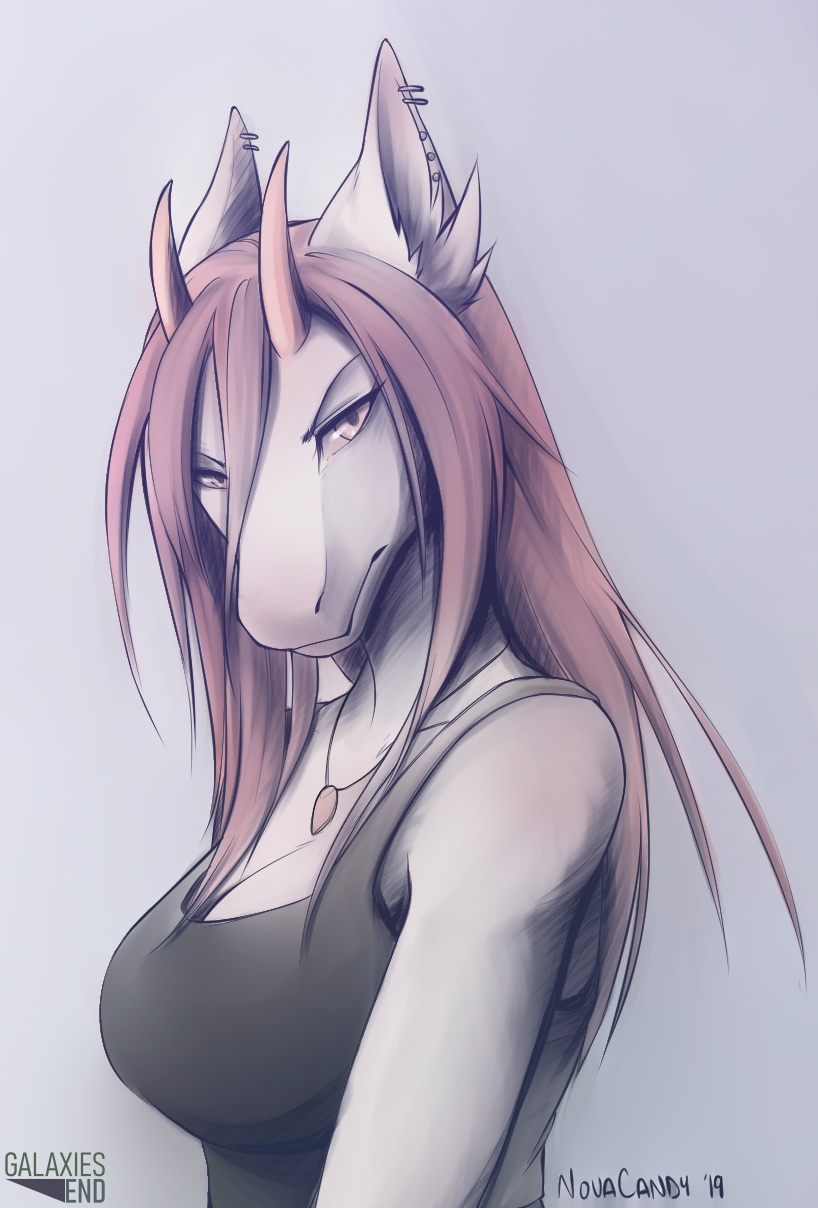 This section is currently a work in progress and very likely to change as both E.Lite and Galaxies End are developed.

One of several sapient races in the known galaxy, Drakari are a relatively recent induction to the Varkesh. Seeing a Drakari outside of their home system is currently very rare, but not entirely impossible, with most encounters being loyalist refugees from the recent Drakari Civil War.

Drakari are a playable species in certain Galaxies End setting of E.Lite that permit a Drakari presence. Typically, this applies only to settings within the Varkesh that occur after the Drakari were introduced to the galactic community by the Dovolish.

As a species, the Drakari people have several traits due to their unique physiology compared to other sapient races.

Some Drakari subspecies have special membranes covering their eyes. These membranes cause their eyes to take on a full color, instead of only their iris and provide better protection against effects targeting their eyes. However, this membrane also affects their eyesight, tinting everything a certain color, and affecting their overall ability to perceive sight.

Due to their larger, movable ears, a typical Drakari finds it much easier to hear distant or quiet noises, determine the direction a sound comes from, and pick out specific noises in a busy area.

The common Drakari is more tolerant of cold than other races but finds themselves more sensitive to heat due to the thick fur covering their bodies. Subspecies that have a lighter fur coat have a less pronounced tolerance and sensitivity.

Kari are the common people, the result of many years of 'inter-breeding' between the various Drakari subspecies, and represent a majority of the population. Kari have no additional changes to their stats or traits.

The traditional rites of passing for the Drakari people, including the day-long mourning, Passing Speech, Burning Ritual, and the Feast of Passing.

The brown furred, black haired, red-horned people of the Kitado region. The Kitadori are known for their ancient war-mongering culture, and stronger than the norm beliefs in spiritualism.