The profession is an Extra Employment meaning that the job is assigned to them on Employment Selection Day. As the job is random and can’t be preselected the training is given when untaking the role.

As with many but not all Extra Employment positions they are levelled, showing you are capable of a more complex part of the manufacturing process of a crate and there is a gap for them to go in, they can progress further.

The Level 1 Cratewright, cuts pine planks and sands the planks so that others do get splinters off the wood. These lengths of planks can differ for a crate, that has internal dimensions of 50cm3.

A Level 2 Cratewright joins the planks of wood together which are for the main sides of the crate, but not the structural structs as they are included side is completed.

A Level 3 Cratewright uses the boards that are completed along with now including the structural structs. And makes a crate without a lid.   When the box is finished the Level 3 Cratewright affixes the lid on with hinges and fixings so that it can stay closed, but will also put 10 nails in the crate so when the crate is first used the first person can hammer the crate shut.

This is beneficial to those who enjoy jobs where they see the end product or that they can move around to produce a product or even exert themselves physically.

The profession of Cratewright has a good standing as the job is seen as necessary to produce crates so that items can be imported, exported and transported around Birdencaster.

Due to The Great Rewind they do not have circular saw blades as they would require lasers, so they don’t have access to chop saws[1].   As a result, they use the following to be able to construct crates;

The wood they use is 15mm thick which is pine. Normally they use planks which are from crates that can no longer be used because the crate would be structurally not sound but could be treated or reused for a new crate. If there is no wood left then they would of course use new fresh planks.   They make three different types of boards. With each type, there are two of each so that there is six all together to make the finished crate. These are;     When the planks are being joined they use wood glue to do so, for brass fixtures the hinges and clasp of the crate are affixed with screws.   The planks are but jointed as the boards are not at a thickness that warrants biscuit joining the future board. While at 15mm (0.59in) it doesn’t warrant using a biscuit joint at 20mm to 25mm (0.79in to 0.98in) it does.

The Carpenters and Cratewrights share the same workshop, both professions share all the same rooms as each other.   This is room to prepare themselves for the day’s work such as putting an apron on. This is also has a storage unit of cubby holes. Which have a number on, each employee regardless if they are a Carpenter or cratewright are assigned a unit to put their hat and scarf in winter or raincoat, and if needed can be a place where they put their packed lunch. If it requires no refrigeration

Why is this in the fridge, this could have been in your numbered cubby hole?
— An exacerbated Manager talking to an employee.

A room to eat which can be a place to take breaks.   And the final room for the storing to wood to use and a place to put finished products.

This profession provides the local area and the city of Birdencaster with crates that can be used to fill with items and sold to the Warehouses. They can even be used to transport good from Birdencaster to other towns and cities or even exported to other countries.

The main dangers involved are that of materials falling on unprotected areas of the body, hence why steel-capped boots are worn. Other dangers involve using the tools incorrectly. 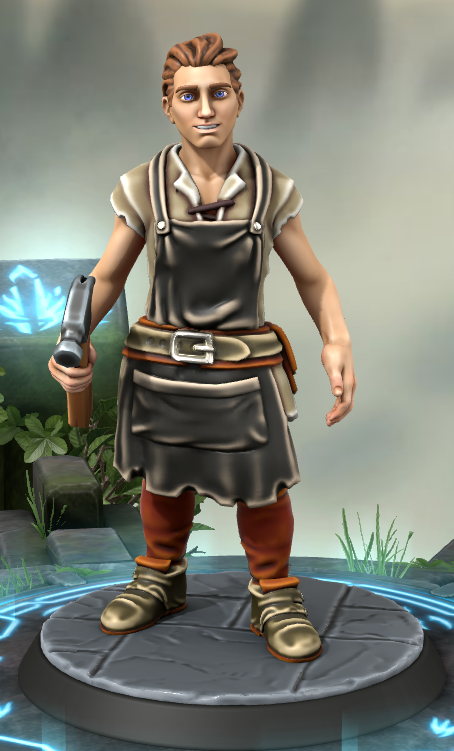 [1] Youtube Video on how I’ts Made Circular Saw Blades