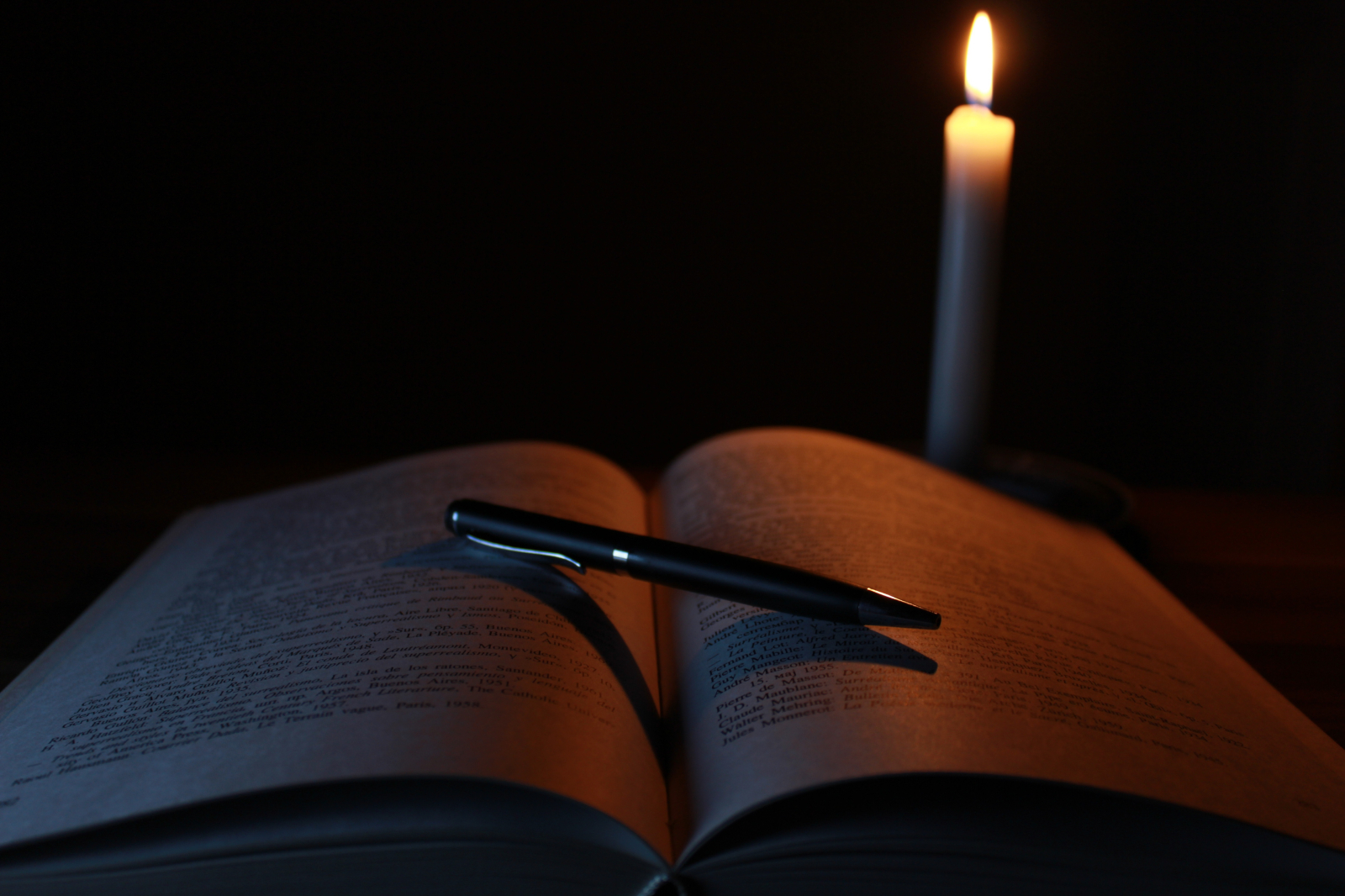 They teach history in schools, aren't they? They give us a sequence of events with no meaning, rhyme or reason and expect us to remember it all. You've got the Ancient Sumerians, The Greeks et cetera, Medieval Era, blah blah blah, The Enlightenment, yada yada, The Cold War. Anyone would die of boredom listening to all that.

But what if we looked at history not like it was a sequence, but as if it were… stories? Tales with plot twists that professionals would expect to see, but the casuals would go bonkers upon watching it? History has consistent patterns. Finding them is a task for the analytically-minded. Why do the events happen exactly as they happen?

Becoming one of them is a first step.

There are some historians who have some different questions. How did Alexander the Great manage to take over the Middle East and subjugate The Persian Empire, the very entity that was stable for centuries, in just two short years? Why do the contemporaries describe Roman legions working as a single unit as if it was a single person? Why did the Christians think of the Saracens as demons walking the Earth, but there wasn’t this much enmity for the Seljuks? And why can one find specific remnants of the very same Native American civilizations throughout both continents of the New World, even though there could only be little to none communication between the inhabitants?

Sometimes we blame incomplete sources for that. Sometimes we think of them as biased or misinterpreted. But some professionals start crafting wild theories and turn to a pseudoscience, as they call it. They turn to “Fringe History”. They are mocked and ridiculed, they lose their careers in pursuit of wild theories from their own imagination until for some of them…

And things we usually assign to ignorance, to a lack of education in this modern world of ours, it… Well, it is still ignorance. There can be no forgiveness to willful ignorance, of course. But some of these things aren’t products of bad education, our own close-mindedness doesn’t allow us to see them. Magic is real. Inhumans still roam the Earth, hiding in plain sight among us, humans. As soon as one realizes this and renounces conventional understanding of the world, one gets closer to the truth. Let us tell you something about ourselves.

God is dead. And they took Wonders with them.

Faith is the key here. The way how it works - is to blame. People always believed in gods and supernatural beings, since prehistory it was the case. But look at the evidence. Just five hundred years ago we know that belief was as integral to one’s identity as a national ID card or a passport is to modern people. Now for many, belief in gods may seem like it’s a toy. It’s imaginary. Facetious, even. People were in space, they’ve learned how to broadcast their thoughts over great distances - and they’re using this power to argue about opinions, of course. Humans themselves would seem like gods to their ancestors, they are even trying to create sentience itself, though using technological means rather than biological ones.   This is the first thing a Fringer learns. Faith was a powerful tool once, but it got significantly weaker. And rational thought is just partly to blame here. The minds behind the Enlightenment through experimentation with remaining magic have learned one simple truth. There isn’t one definite afterlife. After death, people end up wherever they thought they deserved to end up while they were alive. Then the minds behind the Enlightenment learned that Gods do exist, but not because they just are, but because people believe in them.   This revelation shocked the enlightened minds immensely. And it started the greatest revolution since the invention of bow and arrows. This revelation tipped the balance in the war between predestination and free will towards the latter. History was meticulously revised, inconveniences were just cut out from it, events started becoming somewhat standardized. People forgot magic and wonders. People forgot Elven grace, the fear instilled by the Orcs , Dwarven craftsmanship or majesty of Dragons .

The world known by the Fringe Society consisted of two types of sentient beings: the Humans, and the Inhumans. The latter may very well have been way more numerous at some point before recorded history, complete with magnificent, albeit most probably primitive civilizations . But sands of time devoured it all, and we may never know for sure.   What is known to the Fringers, though, is the fact that societies before Alexander the Great mostly conformed to one particular structure: inhumans at the top, as an elite, and humans at the bottom, as the plebeians. After the Macedonian king conquered half the known world, Inhumans were gradually deposed. Later, during the Roman times, they were systematically discriminated against, and then isolated, persecuted and exterminated. Those who survived the Pax Romana became marginalized.   The Inhumans aren’t “better” than Humans in every way, but they’re highly proficient in areas customary to their societies. There aren’t more accurate snipers in the world than elves. You can’t find a boxer or an MMA fighter stronger than a Goliath from the Caucasus mountains.   In modern times, the Inhumans live either in remote, hard to access areas, or in cities, hiding in plain sight from humans using magic and illusions. The Inhuman population isn’t numerous: some species count not even in thousands, but in hundreds.

Entropy of the world’s Beauty.

Earth was once beautiful. And it’s not about colors or emotions. Not about lost natural beauties mourned by the ecologists. It is about magic. Magic that was accessible to anyone who had strong imaginations, whose memory was impeccable and to anyone who was ready to learn by any means necessary.   The Fringe Society thinks that magic was there all throughout history. It was woven into existance of most civilizations we know of in history. Sumerians and Akkadians both had spellcasters that were capable of the most powerful of spells. Cities were full of wizards of different stages of power, Gods were closer to people and were happy to share a part of their power for reasons known only to them. Powerful entities became patrons to those who couldn’t find favor with the Gods.   But then something happened. There are only speculations about the reasons for what we call Magical Decay. Was it some kind of an ancient climate change, or was magic overused? Or, maybe, even underused? Or have humans just degraded throughout history? In any case, stages of magical power accessible to people started to diminish, and are diminishing still. In modern times, those who try hard enough, still can cast something, but it won’t be a powerful spell. At some point, even magical illusions that help Inhumans hide, will give out. At some point, magic will die once and for all.

There are those who claim they can witness all these wonders. They call themselves the The Navigators , the Time-travellers. It all seems iffy, too supernatural. No, of course time travel is real: find an engine that can always accelerate, use theory of relativity, and you can leave Earth today and get back in a million years, while only 40 pass for you. But time travel into the past? Doesn’t seem possible. But Fringe Society isn’t about discriminations or judgement. We ourselves are marginalized by most, so why would we marginalize our own?   Time travellers believe that only a few special people can be able to traverse the time stream, but the further you go, the harder it gets. There are special Sending Stones that allow the possibility of time travel into the past, but not into the future.   Navigators usually refer to Time as something living, something big and unfathomable. Time is unpredictable and ever-changing. It has a bad temper and it resists change really hard. If you travel, you better avoid crossing It, because It can squash you like a bug. Time travellers claim that they earn money by learning more about the history of families or objects of some kind, for their employers. Sometimes they even say they make history tours into actual history.

This is everything one must know about the Fringe Society.

This is where your journey into our real history begins.

Is your will strong enough to accept this truth?

Competition Homepage
Join Fringe Earth Discord!
All characters and events depicted in Fringe Earth products are entirely fictitious. Any similarity to actual events or persons, living or dead, is purely coincidental. Some historical characters might appear different due to artistic license. Fringe Earth is a customly made setting for Dungeons & Dragons 5th Edition with a possibility of working with other TTRPG systems. It is inspired by Public Domain entities such as History, International Politics etc. The setting is conceived and developed by Teyvill. All design such as images, videos and other types of graphics are made by Teyvill, or are in Public Domain, or are under the CC0 lisence, unless specifically attributed. Custom CSS made by Teyvill with the help of the magnificent community of World Anvil. Dungeon And Dragons 5th Edition is created and copyrighted by Wizards of the Coast. Fringe Earth/Teyvill does not claim any ownership to it.   Fringe Earth ©Teyvill, 2021