The Spring Kingdom lies to the West and is the mildest of the four kingdoms. The cool winds coming in from the bay flow past the capital city of Vivaria, through the Gleaming Wood, past acres of grassland and farming plots, until they are stopped by the towering peaks of the Spring Rim and settle down to keep the crops company. The Spring Kingdom is the primary source of produce and livestock in the kingdoms, levying its growing lands for a crucial role in the international structure. That being said, Spring society values kindness and goodness just as much as it values skill with a hoe. The kingdom may have gathered a reputation of weakness or silliness among the other nations, despite the strength of their bargaining position. However, the Springish will always put hospitality first and pride over how wonderful their Kingdom is second.   Look, it isn’t their fault they’re the best kingdom.

The Spring Kingdom is known for its fields of grain. However, the mountains that ring this kingdom create a number of unique geographical features that make Spring the kingdom it is.

The Spring Rim Mountains that surround the Spring Kingdom to the north, east, and south create a distinct barrier between Spring and the harshest weather. The kingdom's claim to the mountains ends at the top of the peaks, but up to that point, the adventurous goats that frolic amongst the rocks, the medicinal herbs that cling to the crannies, and the excellent weather are all Springish through and through. Breaks in the Rim are seldom and shallow, but halfway down the eastern edge, a true valley bisects the mountain range, allowing easy passage to the Summer Kingdom. The Canvas Valley is a jagged empty space carved through the mountain range and is blanketed by tall grasses and hundreds of species of flowers, making it appear as though it were a canvas painted by a god. Littering in the Valley is punishable by up to ten years in prison. Just so you know.

Towards the southern edge of the kingdom, a narrow pass curves into the Spring Rim. The deviation from the gently sloping hills of the rest of the kingdom makes for geographical quirks, including the Shiverlands. Once a great lake, the Shiverlands are now a wide mat of bogland peppered by spruce trees. While not a traditional growing land, the bog produces a number of useful resources, including peat. Just be careful not to punch through the land to the waters below...

Down by the Bay

To the west, where the Spring Rim leaves the land open to the water, a bay curves inland, surrounded by a wood of birch trees known as the Gleaming Wood. Clover Bough Bay is relatively shallow, making it unfit for the largest of sailing vessels, but sheltering a number of fish species that make for great eating. The greatest curiosity of the Clover Bough is that it is freshwater, not saltwater. Somewhere between the end of the Gleaming Wood and the spill into the open ocean, the water transitions from fresh, clear water into salty waves.

We cannot discuss the geography of the Spring Kingdom without mentioning the farmland. Hills slope gently down from the highest peaks of the Spring Rim, dispersing water evenly throughout rich soil to create the agriculturally rich land for which Spring is known. The bowl of the kingdom is neatly bisected into rotating croplands and grazing fields. Springish farmers expertly leverage the most productive spots and carefully let others rest for future growing years.

Some would call the Spring Kingdom “easy.” Easy living, easy trading, easy loving. The society values kindness and goodness, making it the only kingdom to be good rather than neutral, as something so complex as a kingdom ought to be. But Springish folk are defiant in their chaotic goodness, doing good deeds where they can. A Springer will steal your boots right when you need them... in order to surprise you with them freshly cleaned an hour later. They promote pastoral welfare within their borders, and good values without.   The rest of the kingdoms generally scoff at the culture of the Springish as silly or simplistic at best and idiotic at worst. The kingdom has been the butt of many jokes throughout the years, but none can deny the bounty traded from Springish farms as the richest of the four kingdoms. Springish folk ignore this scoffing and go about their business. The small towns and settlements throughout the kingdom take pride in their work and hospitality and everyone else can just be jealous.
Keeping up with the ideals of the Spring Kingdom is no easy task, but the line of the Primrose Monarchs has been trained to the task for generations. The Primrose Monarchy is the most straightforward monarchical system of the kingdoms. The Primrose Monarch is the head of state and rules without equal. They are beholden to their people, surrounded by advisors, and raised to embody goodness in its purest form from early ages. Foreigners may question how one family could maintain such idealistic values for so long without a single deviation, but the Primroses have long since proven their dedication to their kingdom. 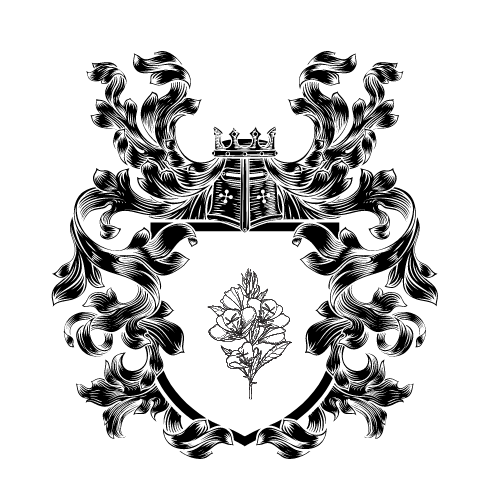 Crest of the Primrose Monarchs

Settlements of note include the capital city of Vivaria, home to the ruler of the Spring Kingdom, the Primrose Monarch. Just about the only large city in Spring, but one of the biggest cities in the four kingdoms, Vivaria is home to a rich array of cultures and species. It is a hub of trade with its bay-sheltered port and Springish farmers gathering to sell and trade their crops. The winding cobblestone streets are lined with carefully tended flowerbeds and just about every intersection boasts a statue or fountain from a time when the wealthy were permitted to erect likenesses of themselves. They are not allowed to do that anymore. There were only so many intersections.

There are a number of mansions clustered about the kingdom, built by the nobility and the prosperity of various kingdoms. They flock to Spring for its gentle climate and gentle people, but don’t necessarily live in the Spring Kingdom or ascribe to its values. There are more than a few native Springers who are disgruntled by their gaudy presence in the middle of prime pastureland.

Tucked away in a pocket of Spring just shy of becoming Winter, the little seaside town of Fanfoss is a go-to spot for a little rest and relaxation. The resorts are top notch, the sailing is excellent, and the food is really not that bland, they swear. People from all around travel through the Spring Kingdom to visit this small bubble of peace. And they need never know just how hard the town works to keep it peaceful.


In With the Sheep

There is also Herselton, the biggest town found inland and a prime example of dozens of other towns and villages throughout the kingdom. It is known for its annual Gimmer Fest. According to sheep farmers, it is the event of the year.     Of course, there is also the rumored halfling village that is nestled somewhere in the Spring Rim. If only anyone knew exactly where…

Settlements in the Spring Kingdom

Cover image: Kingdom Spread by Kethry Tiggs
This article has no secrets.