Most people think that there aren't side effects to coding the Weave. That's not quite the case...
— Duncan Blake, Wayfarer League Rider


Altering the Weave isn't without consequences.

If this is done by a cyphermancer, weavejack, or a simpath the goal may be simple, like lighting a candle. Perhaps it's to make a piece of metal stronger, or even charge a solarium battery in an emergency.

Natural events, such as a Phonic Storm, can also wrinkle the Weave causing any manner of natural phenomenon from figment lights, solarium quartz growth, or spontaneous mutations in victims caught in the storm.

However, no matter who or what altered the Weave, there is a residue of the Weave left behind. A fine dust that exhibits its own M-Theory, or Weave, properties.


A Framework of What Was... and Yet To Come 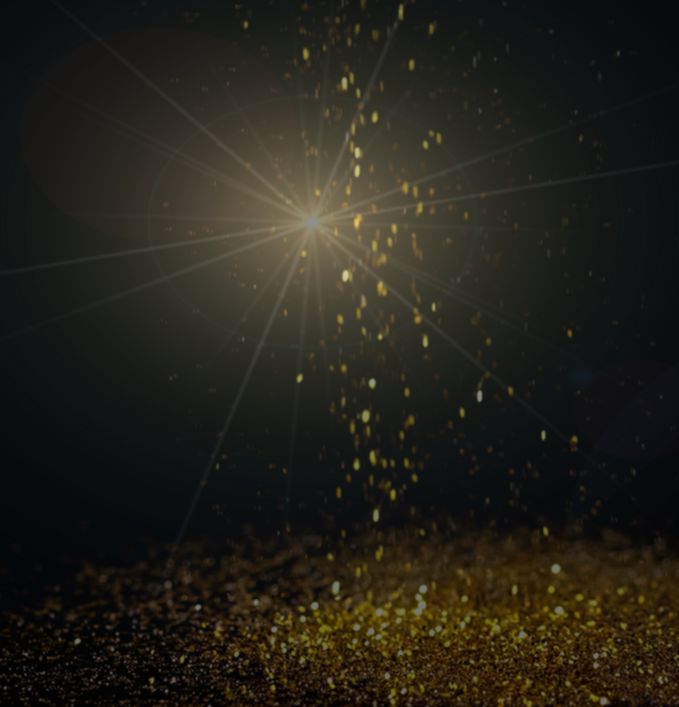 Tracery Dust ... charging up? by CB Ash
The dust is an enigma on its own.

It is a fine, chalky powder, often tinted in various shades of color. Those that study tracery dust state that the color is a physical manifestation of the harmonics and vibrations that were present when the Weave processed the code-casting. In other words, echoes of the related elements. A blue-green for copper, a pale yellow for sulfur, or even the more exotic such as blue-purple for solarium crystals.

Cyphermancers or Attertech engineers state that the dust exists simultaneously in both the physical world and the mystical energy medium of the Weave. It is both matter and energy in a dusty form.

However, this is only part of its composition.

The dust, according to Weave scholars, acts as a 'framework' for coding the Weave. Stored within the dust is a miniature echo of the Weave when it was processing the original code-casting that resulted in the tracery dust.

In essence, a memory or mirage of the Weave at the moment it was temporarily altered.

This grants Weave-skilled professionals a 'library of harmonics' that can help speed crafting a code-casting that will manipulate the harmonic vibrations of the Weave. But it is still an imperfect echo of the Wave as it was being altered at the time. Only the most skilled practitioners, or reckless weavejacks, should attempt using tracery dust for complicated Weave coding.

I’ve traveled from one far shore to the other and seen a lot of strange things. Tracery dust is one of the strangest. It’s also the most dangerous. Sure, it remembers when a cyphermancer started a campfire.
Ever think about the fact that it remembers when one of those ‘mancers… even a Weavejack… used the Weave to kill? Think about that the next time you use tracery dust for something…
— Allasan McGillivray, Nighthunter


Some, such as the Attertech engineers, claim that the dust records more than just what base elements it was connected with at the time. They are certain that tracery dust might even contain a record or 'memory' of everything within range of the code-casting that originated the dust. This includes images, events, and 'memories' of nearby people.

All of this, they say, is supposedly integrated in the harmonic framework inside tracery dust.

This concept of 'tracery dust memory' has been of keen interest to historians researching old battle sites or local authorities who investigate the occasional assassination by Weave effect.

To date, attempts to burn dust result in an explosion that engulfs the person doing the burning and often any building they might be standing in. If they’re fortunate.


Just a little bit goes a long, long way. Especially if you want to set something on fire.
— Matsubara Sofia

Dangerous, but in Demand


Cast offs from Weave coding are valued by certain markets. Those researching the Weave, such as the Attertech engineers or Wayfarer League scholars, study the dust for what secrets it holds. Some tradecrafts use the dust as a means to refine solarium crystals into solar tiles.

Then there are the weavejacks.

Preferring a fast route to coding the Weave, they are keen on any shortcut they can find. Tracery dust is a well-known shortcut. Despite any risk, it's a shortcut any and all weavejacks are willing to risk. To them, the reward is worth it, even if it might vaporize them eventually.

For a weavejack, it's a thrilling price of getting the job done.


I knew a weavejack who liked to use tracery dust on the solarium batteries of his pistol. He sneezed once. After that we called him 'lefty'...
— Matsubara Sofia


On the open market, the value is reasonable. It might bring enough coin for someone to get a solid meal at a nice establishment. In less reputable markets, it can be sold for a great deal more… but it might get the seller’s throat cut in the process.


Your Value May Vary


However, 'open market' is a generous term. All lands have a legal limit to buying and selling tracery dust due to the volatile nature of the substance. Violations earn the customer a fine.

Some regions, such as the badlands of The Burn, buying or selling tracery dust will earn you the attention of the local Magistrum. From there it's often a short trip for the customer from the Golden Merkatile to the Ferron Prisons or being sold by the Slave Chain.
Type
Semiconductor
Color
The color varies based on the Weave-coding that spawned it
Melting / Freezing Point
Unknown. Tracery dust explodes before either can happen.
Common State
Tracery dust is found as piles of dust in an amount relative to the Weave-coding that took place.

Rumors and legends persist of tracery dust being found in other forms, like liquid. So far, these rumors are nothing more than stories.


The strong mystical connection to the Weave makes the dust quite valuable in most regions. It's volatile nature makes it one of the most regulated, if not outright illegal, materials in those same regions.

In addition, tracery dust isn't permanent. Just as code-casting an effect in the Weave is temporary, so is the side effect produced. Tracery dust will, on the average, evaporate on its own into a glittering mist of pure Weave energy within seven days.

The actual amount of time the material can remain 'dust' is dependent on the complexity of the code created by the Weave-worker. More complex code-casting causes dust to remain much longer than simple Weave coding, such as lighting a campfire.


Useful to Only a Few


Myth and rumors often make tracery dust sound like a miracle material. However, this is anything but true.


Tracery dust sounds like it could be used for anything, but that's not true.
The dust can change or alter materials. But like any cyphermancer will tell you... 'the Weave gives and the Weave takes away'. The change is always temporary. Often deadly.
— Duncan Blake, Wayfarer League Rider


Some tradecrafts, such as metalsmiths, have found ways to use the mysterious dust. Most find that tracery dust is either too short lived to store for later use, too volatile when heated, or too prone to 'side effects' caused by unexpected reactions from the Weave.

Skilled cyphermancers or simpaths learn to blend the harmonics of the dust in with their own code-casting. Weavejacks merely try and drown it out, gambling that their code harmonics will wash out whatever the dust is trying to do.

But for any who fail to notice the tracery dust's hidden code just waiting to be released into the Weave, the results can be lethal.


I saw it happen once...
A cyphermancer was in a hurry and didn't notice the tracery dust start to glow and hum in a counter-harmony...
The last I saw of that cyphermancer, something dark yanked him into the dust before they all vanished in a blast of blue-white fire.
— Matsubara Sofia