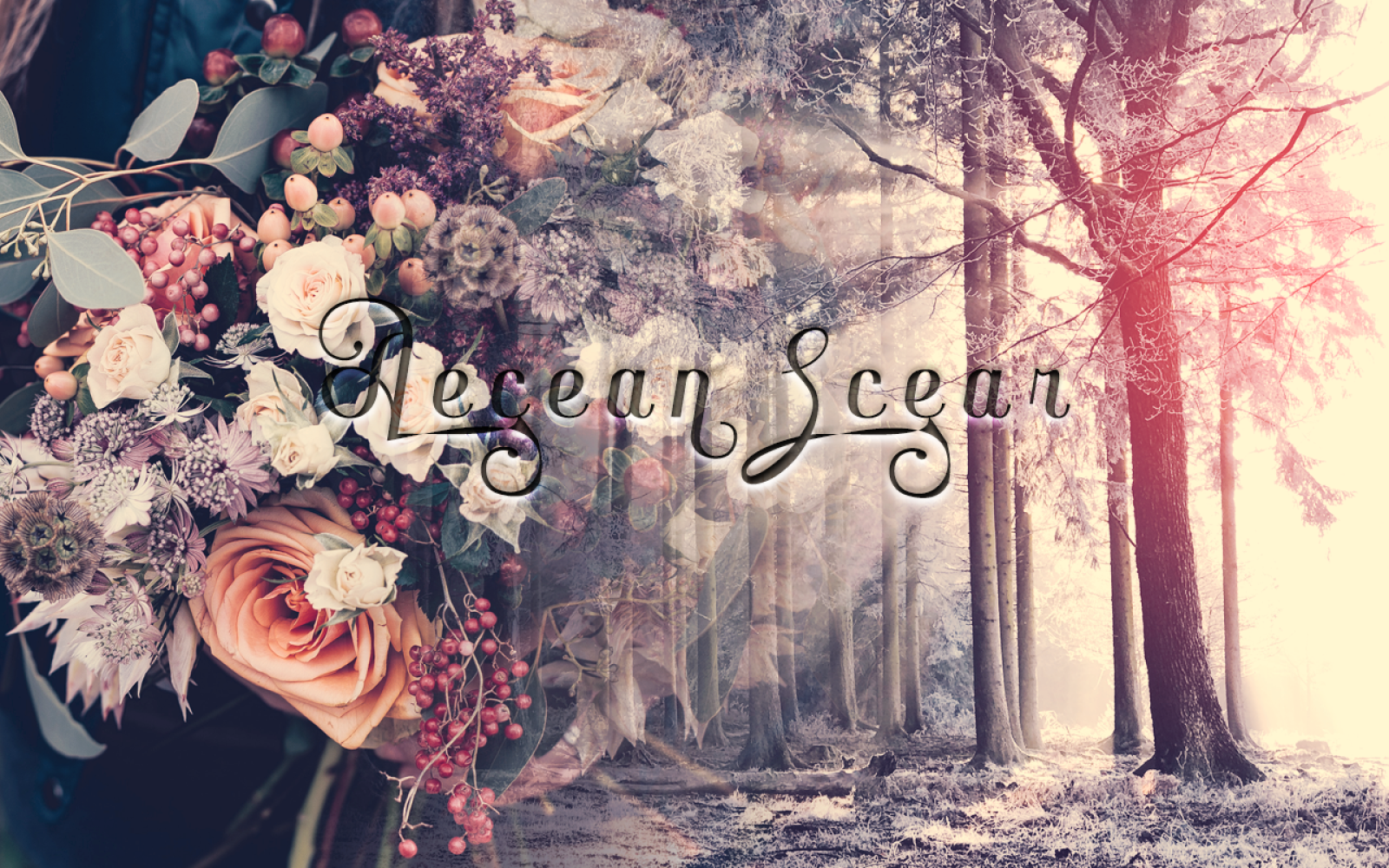 "The docks are no way to see Aecean Scear for the first time." A gruff sailor muttered next to him. Hal couldn't takes his eyes from the bustle and press of people as they crowded their way along the docks. Sailors and merchants yelled from ship to shore. A cacophany of noise and energy Hall hadn't seen outside of a mountain in some years. "If you want to really see the magic of the Bel'sidhe you come in through the forest. I've spent my life on ships, but the first time I saw real magic was seeing that forest for the first time." "You're telling me that to save your ship from me being sick again," Hal said, countering. "Plenty folk such as yourself have been sick on my ship. You lot handle the water about as well as I would handle being underground. Poorly and all headspinny. It's the way of things sometimes, young master blacksmith." "Perhaps you're right, but I'm not here to stay, you say there is another ship heading up the coast?" "Aye, they'll return by morning and take you to Vatoise. Plenty of time to find your legs again before you lose them." 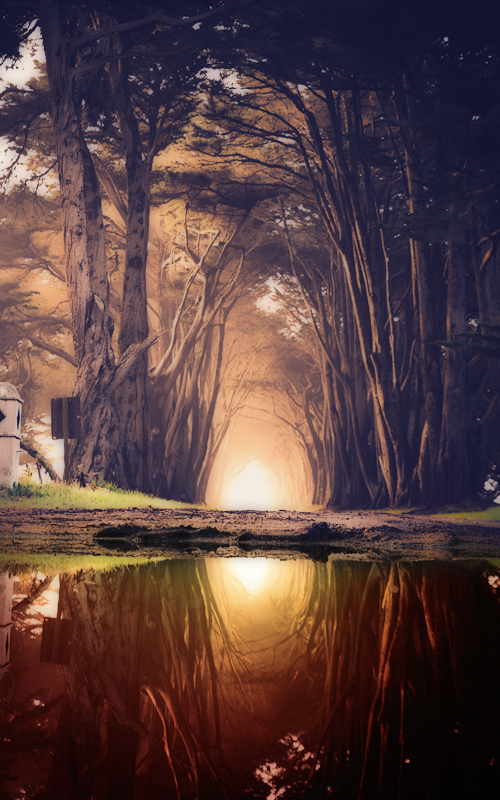 It was all a dream by Casey Horner
The third time he came to Aecean Scear he travelled overland, avoiding the water and his sick stomach, carrying a cart laden with equipment and wares. He had spent the better part of the last day and half travelling through woodland, up and down soft hillsides and past many a small town. Following the map Caellum had paintakingly made for him, he came to a break in the woods where he stopped and stared at the new forest opening before him. Lit with a golden glow the path disappeared beyond his sight around a bend in the road. Hal understood what the old sailor meant about the magic of the forest and sat looking at the path for many minutes. Hal was used to the magic of stone, rock, even minerals. Seeing that same magic infused among the trees left him dizzy.   "Just don't look up and you'll be fine, Halldyn," he whispered the old adage. He learned how to do it once when he first left the mountain. He could learn to do it again.

The largest town in Kelvras, the town is primarily comprised of Bel'sidhe. As a port city, Aecean Scear sees a lot of travel between it's sister city across the way. A rough population of ten thousand people, that swells during the summer months to as many as 20,000 with the dockyards and shipping ports seeing most of the travel. Population decreases and weath increases as one travels from the docks, although the weath distribution among Kelvrasians is limited and they have a highly socialized system. Around the docks many people including Eltus, Humans, Bel'sidhe, a few Darovich, and rarer still the Arcthelus.The docks have become so prosperous over the years and so different from the upper parts of the city that it is often joked that Aecean is the name of the city near the forsest, and Scear is the name for those around the docks. 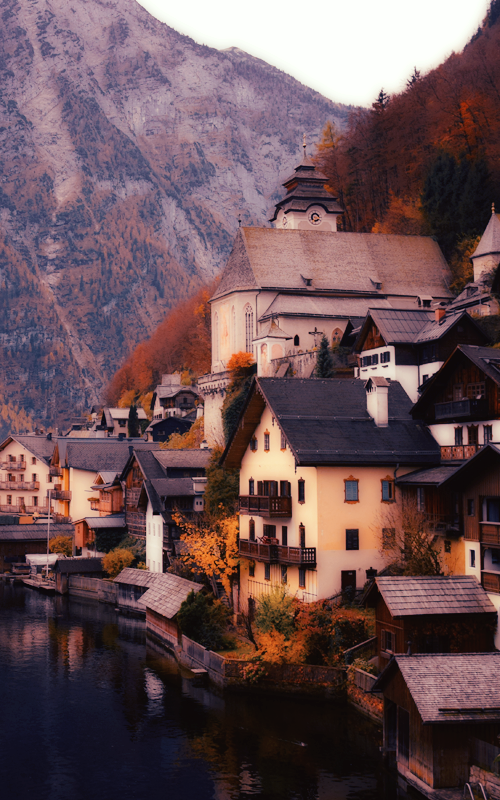 Halstatt in Autumn by Joss Woodhead

Aecean Scear has a soft government with a city council and mayor. Broadly patriarchial the council is parochial as far as Eltus and even most humans are considered but the guilds are defacto rulers of those trade port so they only pay lip service to the Council itself.   The Mayor, the Duke, and the Heald form the first council. Five others are elected from each of the villages and nearby farms to decide the laws and acceptable practices of the country.   There is a simple tax structure, the country is broadly social with schools and education reform -- for boys. All government and places of power are occupied by Bel'Sidhe and them alone as the true Kelvrasian. Other species are allowed to live in Kelvras but they don't get a seat on the council.   Women are not on the council. Women are not allowed to hold positions of power, vote, purchase or own property. Inheritance laws can an do skirt the ownership of property, and a widow may own the business of her husband should he pass, but an unmarried woman -- even if she has property after the death of family -- is not allowed to use that property to claim a vote or power within the council or town meetings.   Women are allowed to and expected to care for the home, marry, have children and care for womens health. Midwifery is one of the few professions acceptable to women as men are not meant to be part of the birthing process and herblore is considered a magical art and only women may handle herbs for medicinal purposes.

Most of Aecean Scear is hidden, the upper portions of the city a pastoral village that is often forgotten due to the slower nature of the citizenry compared to the larger sections of city near the water. The water and dock is the biggest defence with the harbour carefully patrolled by harbour watch. A police force and constablery do make rounds, but have a heavier presence among docks and usually deal with those who are derilict in their duties -- jumping ship -- or drunk in public.

Argriculture and horticulture are the biggest, along with woodworking and some stone work. There is a thriving liquor and spirits business that sees trade even as far as Emberhelm.

Along the river around Aecean there are several water mills to grind the grain. There is the beginnings of rudimentary sewer systems and indoor plumbing for water pumps for the weathlier classes. There is a large mill just by the forest that uses the downstream of the river to move logs from the lumber camp in the forest to the mill for processing. There is a smith at the edge of town that is generally available for rent but doesn't usually have a fulltime smith. There are three stone bridges over the river. One to the east, and one to the west, and one out into the fields and into more hills.

Guilds hold sway over the ports and trade of the city but each guild owes allegiance in some way to the controlling families from the landed gentry. Gentry do not hold professions it's unseemly for them to be making a living with their hands save for some intellectual pursuits such as writing or philosophy. They do however control the capital necessary to invest in ships, imports, and trade goods that make their way between the cities along the trade routes.

Along the coast and up the large hillside the buildings are made of stone and plaster with bright colours and wooden upper stories. Most wood is treated to prevent heavy rot and salt damage. Beyond the docks and toward the forest the houses spread out and the village aesthetic takes over with stone ground floor buildings and wood second floor and above structures. 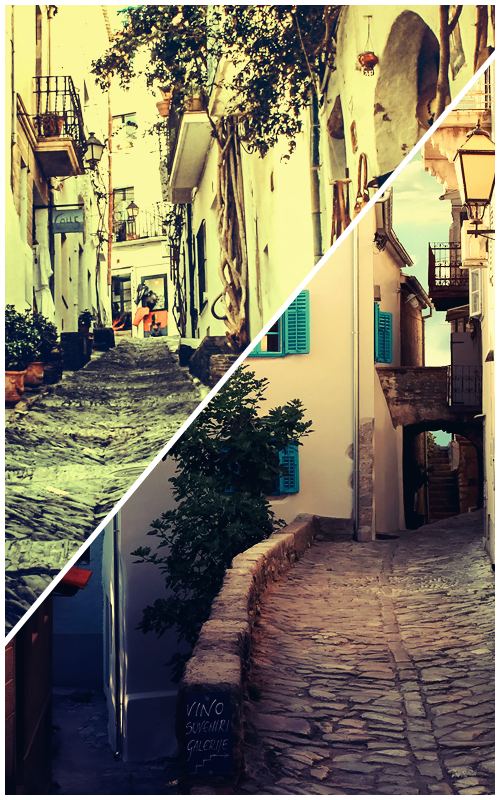 Homes and buisnesses closer to the shore have been built into the hillside and coasts. They're often a twisting maze of small walk ways with houses built at angles with multiple entrances. Buisness and shops are generally on the ground floor or carved into basement dwellings with homes built on top of them with a separate entrance. Larger streets that require the movement of goods and larges carts are wider and meander up and around the city up to the top of the hills. The streets are made of cobblestone and graded to allow for water travel downhill to avoid collecting in places that could increase the risk of flooding.

Atop of the hills and by the forest, the streets become wider with stone or wooden buildings and wide market areas, Dominating the centre of town is the Inn and Tavern a general meeting space for many folk. Most buildings have stone ground floors with wooden structures built atop them. Some homes and landowners build right into the hills themselves although that practice is rare and generally viewed as slightly eccentric. Due to the thatched and grass rooves many a home built above ground has found itself becoming part of the land and it's an accepted practice to create roof gardens. For landed gentry and those who can afford it, homes built in this manner usually have completely closed in housing protected wood or stone to keep the mulch and dirt rooves from caving.   Across the way field where many a party is held during the seasonal changes and harvest times that govern the holidays and calendar. An open air market lines the town centre for much of the year with a closed market for the winter months. 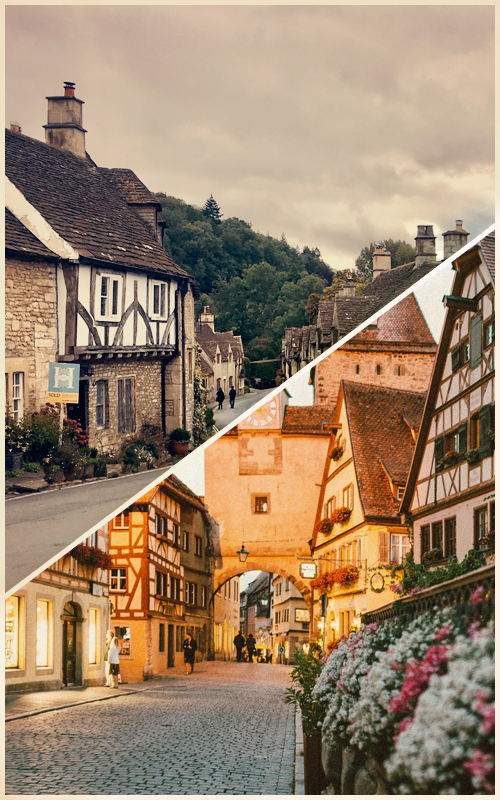 Farming in the hillsides above the coast and around the town is prosperous enough to feed everyone locally. The same goes for cattle, sheep, and other livestock. The forest offers wood, and there is a thriving wild life population. Wool from the Scearan sheep is highly prized for its long staple length and soft down. Most exports are wool, liquor, and fish from deep sea fishing off the coast.

Cover image: none by Vincent Botta