The Oasis of Everlasting Shade is the largest of the four Oasis under the control of the Scaled Sultans. Here, Sultan Kaa’nesh rules over a small Draconic army nestled at the base of a solitary mountain. Pools of sparkling green oases lie at the cities center, allowing a thriving community to settle in the harsh desert sands.   The Oasis earns its name thanks to the mountain’s natural peak shading the city for most of the day. This prime location helped propel the Scaled Sultans during their initial landfall, coming from the Eastern Continent Lyrathil. The desert is a dangerous place at all times, and although the endless sands sprawl in all directions, the Oasis of Everlasting Shade remains a safe haven for the Draconic and those they allow shelter.


Sultan Kaa’nesh, the Gold Cloaked, is the eldest of the four Scaled Sultans. Draconic and Ahn' Kalin alike speak of the Gold Cloaked sultan as if he were worse than a devil, with tales of his merciless greed whispered through the oasis. Sultan Kaa’neesh earns the name Gold Cloaked thanks to his flamboyance of wealth. The Sultan’s scales are studded with gems and his fingernails and teeth capped in gold. He wears glorious regalia when in public and is never without the enormous jewel-encrusted crown that extends out to form two devil horns above his brow.   While other Sultans grow recluse, Kaa’nesh walks out front of his grand golden plated palace to look down on the waters and warrens below. A gifted tetherer, the Gold Cloaked often causes his voice to boom across the oasis, taunting those beneath him. Sadly, most audiences with the elder Sultan consist of executing criminals, mainly non Draconic, by dipping their bodies into liquid gold - treasures to set around the palace.

An enormous open-air marketplace is divided into four districts. Three districts are open for all who risk entering the oasis, while the fourth restrict admittance to full-blooded Draconic.   The East, West and South Wind marketplaces are filled with perishable goods, general equipment and crafts. The North Wind, which sells fine goods and crafts, high-end magical equipment and exotic beasts, is heavily patrolled to prevent non Draconic from entering the market.

While most raise Raisok as companions and mighty war mounts for the Scaled Sultan Armies, some compete in the arena. Raisok racing happens once every moon cycle and is one of the oasis’s most significant events.
Founding Date
614
Type
City
Population
3,994
Location under
Scabbard Wastes

One of the many predators of the wastes, Raisok, are solitary killers that hide in waiting under the sands or climb above rocky terrain, ready to descend on an unsuspecting caravan. Recently, the Scaled Sultans have turned these beasts into prized mounts, breeding and training them from birth.   Domesticating a Raisok is difficult, but the unique creatures have quickly become favored companions and powerful mounts.

Competition Homepage
Join Erenel Discord!
Thousands of players, dungeon masters, and fans follow Gamingbrew for exceptional 5E content, entertaining live streams, and a persistent dedication to create.
Without you, none of this would be possible. Thank you all for your support. All content and images, unless otherwise credited, copyright ©2022 by Gamingbrew Media, LLC.
All Rights Reserved.
This work includes material taken from the System Reference Document 5.1 (“SRD 5.1”) by Wizards of the Coast LLC and available at https://dnd.wizards.com/resources/systems-reference-document. The SRD 5.1 is licensed under the Creative Commons Attribution 4.0 International License available at https://creativecommons.org/licenses/by/4.0/legalcode.

This seems like an interesting place and you created a really beautiful map for it! The sultan adding gold and gems to his body really is showing off xp But I bet it looks pretty cool though! 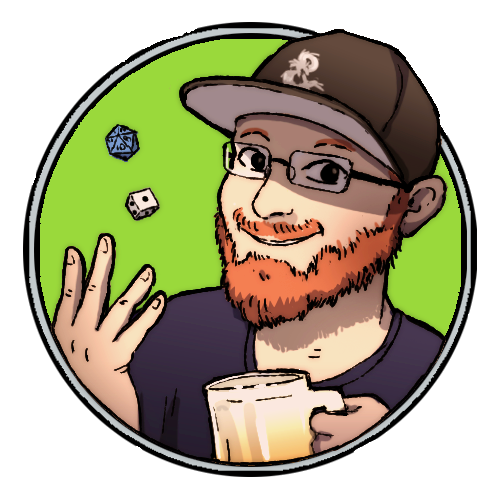 Thanks for the comment! My players just made it to the Oasis :). Map was made by Misjay Maps!