"We are the stone upon which waves of the world crash. Despite its ferocity, the waves will recede before our stone collapses." - Tortle maxim, author unknown, 3rd Cycle

One of oldest sentient races in Ekal, centuries of abuse and persecution have dwindled tortle populations to the point of near extinction. With a slow reproductive cycle threatened by violent massacres like the Sunken God's reign of terror in 897 of the 4th Cycle, surviving tribes of tortles have turned inwards to isolate themselves from the violence of the outside world. 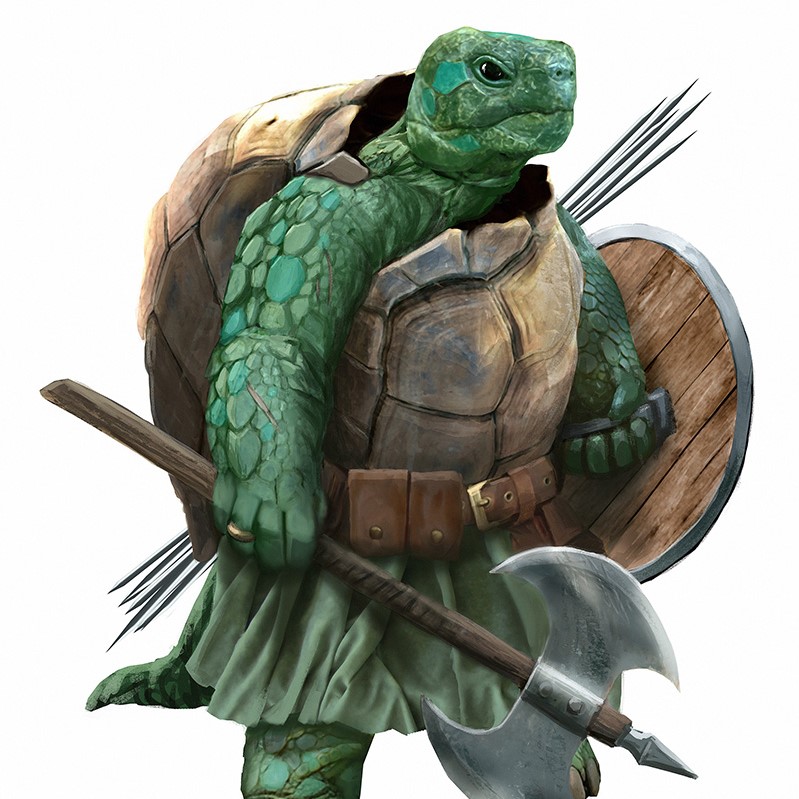