"We must find a new land for ourselves. We certainly can't fly there, so we may as well sail." -Jian Caa, 876, 4th Cycle

Records from the 2nd Cycle indicate that kenkus used to be capable of flight and served as emissaries for the imperial tieflings of the Myltev Empire, but all of that changed with the Ostry Apocalypse of the 3rd Cycle. Through some curse or corruption by monstrous deities from the Far Realms, the kenkus were stripped of their ability to fly and were stranded on the ground like so many other races in the world. After the deity known as The Ageless One banished the monstrous deities, the kenkus were shunned by most societies as being corrupted by the Far Realms. This same discrimination applied to tieflings and dark elves as well in Ekal, but while both of those races managed to establish communities of their own the kenkus were left to fend for themselves in small bands for hundreds of years. Large groups of kenkus were seen as threats to local governments and pushed out of town, forced to fend for themselves on the fringes of society as small-time crooks and thieves. Recent attempts have been made to unify kenkus under a single flag, most notably with the Silver Beak pirate band founded in the 870's. But until world governments provide kenkus with a place in the social fabric, they will continue to operate as criminals on the fringes of society.   While kenku in many D&D settings are only able to communicate by imitating words and sounds they've heard, the kenku of Ekal are able to speak normally like the other races of the world. 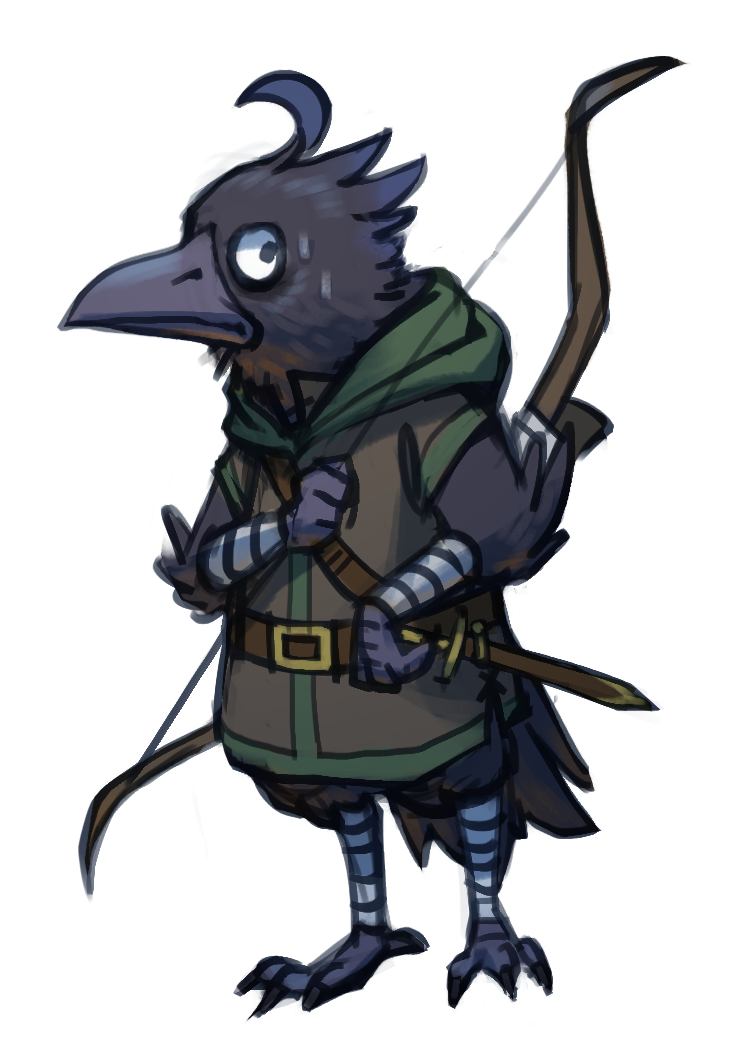