When we look at Ghynzua today we see a nation larger and more successful than any other. It is beyond belief to imagine that the first step towards this Empire was set over three-thousand years ago by one single woman.
— Excerpt from The Empire

In the summer of 252 AP life on the continent of East Eghea was brutal. Much of the west coast and the northern and central regions were under rule of various clans. Clans who were often at constant war with each other. Life for the common people was full of uncertainty. You never knew who you would pay taxes to or how often you would have to pay. Battles between clans could suddenly be taking place in your backyard. People simply tried to stay alive no matter the difficulties life threw at them. In a small fishers village on the west coast life had taken a turn for the worst. A rogue warband had killed the men of the village, taken the children hostage and forced the women into slavery. All hope was lost until one day an unknown woman arrived on the shores of the village. This woman would later be known as Seycha the Founder but on that day no one knew who she was or where she came from. Dressed in a simple tunic and loose pants the warriors saw no threat in her, despite the sword she carried. Underestimating her was the warriors first mistake. Without warning she beheaded their warlord. For a moment no one could believe what had just happened. Before the warriors could react the enslaved women took the opportunity to grab any tool or weapon they could find and attacked their tormentors. With the help of Seycha the women were victorious. Every warrior was slain and their children set free. But although the future looked much brighter after the slaughter there was still much uncertainty. There were no men left in the village. How would they be able to survive? It was at that moment that Seycha stepped forward and spoke her famous words.


From this day, until eternity, you are free women. No man shall ever rule over you again.
— Seycha the Founder

In the days after the liberation of Miraiy the women faced several very important decisions. If they wanted to stay in their village they would not only have to continue with their regular tasks, but they also had to learn everything their husbands had done before they were killed. Seycha was soon seen as their leader since she seemed capable of any task given her. She tought the women and children how to provide for themselves, how to defend themselves and how to be the head of their own families. In these early days the basis of current day ghynzuan society was formed out of necessity. They became the first mother family of Ghynzua since they needed each other to survive. Every woman was responsible for certain tasks. Some did the cooking and cleaning, while others learned how to fish or hunt, and so on. Under guidance of their self-chosen leader they survived and became the first independent matriarchal village of East Eghea.


In those early days, before the founding of the Empire, being a woman in Miraiy meant being strong and capable of being the head of a family. There was no time for weakness and so the principles of what it meant to be a women changed rapidly.
— Excerpt from The Empire

It took some time for the news about Miraiy to spread to the nearest clans. Due to the clan wars they had little time for a small fishers village on the west coast however. So it took months before the nearest clan decided to put a stop to this village that had become a refugee for escaped slaves. The mere thought of women ruling their own village was blasphemy in the eyes of the patriarchal clans. So the Wolf Clan launched a small attack on Miraiy thinking it would be an easy victory. They could not have been more wrong for Seycha proved to be an exceptional strategist. She had vigorously trained the women and older children of Miraiy in combat and although they were no match at the time for the clan warriors they fought for something greater than their own lives. They fought for their children. No tactic was beneath them to ensure the safety of their village. They used traps, poison and guerilla warfare to weaken and misguide their enemies. The clans warband never got a chance. They were killed before they ever came anywhere near Miraiy. In the coming year the Wolf Clan made several attempts to overtake the village but they were crippled by their wars against the other clans. All they could send towards the village were smaller warbands for they needed their main forces to keep their own territory secure. In the mean time the women of Miraiy managed to create a safety buffer zone around their village. In these first years they took clan territory for the sole purpose of safety. But as their numbers grew and new villages were added to their own territory the need for resources and a stable trade became more important than ever.


They protect their offspring like a she-wolf protects her cubs. Nothing is more vicious.
— Kotyrr of the Wolf Clan.

In 258 Miraiy had grown from a small village to a fortified city. For years slaves, farmers and other clanless people had found refuge within its borders. The only requirement was that both women and men were to adhere to the matriarchal rules of this new nation. A nation that at that time ruled the entire Bay of Miraiy and a zone of approximately 25 km of land inwards. Many villages fell under the protection of Miraiy and especially the younger generation was eager to join their military forces. It was time to officially become one nation, not only for safety and commercial reasons, but also to give the people a nation they could identify with. And so on the longest day, in the year 258, Seycha was crowned first Empress of Ghynzua. The ceremony took place at the exact spot where she first set foot on land at the beach outside Miraiy.

The fact that the Grand Council and Seycha opted to form an Empire speaks of the ambition these people had. At the moment they founded the Empire the fate of East Eghea was sealed.
— Excerpt from The Empire 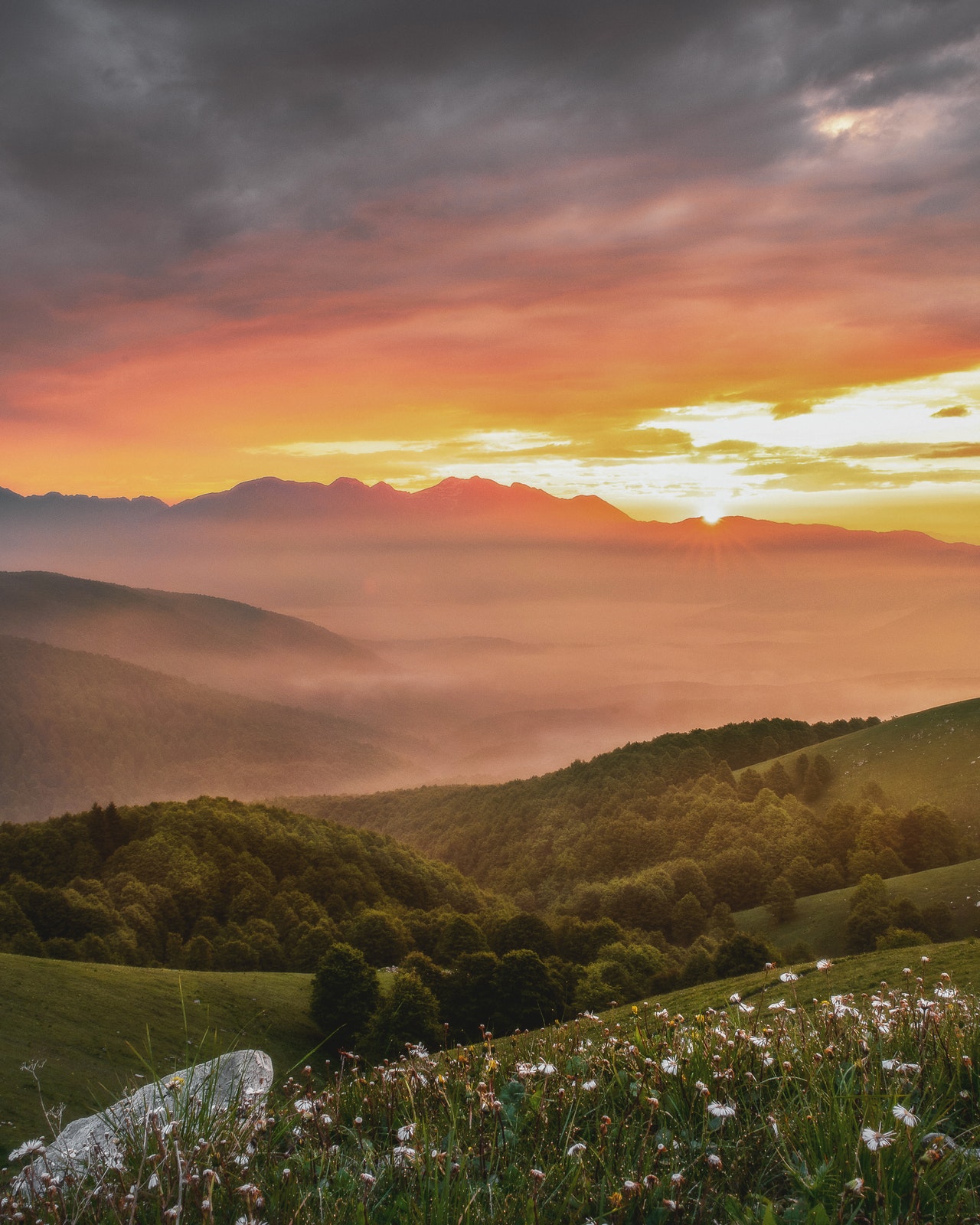 Back in the day there were plenty of people who did not belong to any clan. These clanless people were in status no better off than slaves. Clans would collect taxes from them whenever they saw fit. Crops, fish and any other valuable commodity could be used to pay your taxes. But there was no real rule that applied to how much you had to pay. That was all up to the clan king that currently controlled the region you were unfortunately living in. And since clan territory could sometimes switch ownership several times a year it was possible that you had to pay double taxes. Once for the clan that previously controlled your region and once to the clan who took over their territory. People knew no other life. There was nowhere to flee to. Until the liberation of Miraiy. The city, and later the Empire, became a refuge for those who had enough of the uncertainty and fatality of life under the rule of the clans.

Much to the surprise of the patriarchal clans there were plenty of men who rather lived under the rule of women than remain a slave or clanless. This did not mean that the change was easy. It took several generations and the creation of a written constitution before the people of Ghynzua became a true matriarchy. In the original constitution many crimes against women by men were punishable by dead. Life was not necessarily that much easier, but for those men who were willing to fall in line with their new role in society life was much safer.

Shrine of the Founder

A shrine dedicated to Seycha the Founder on the exact spot where Seycha was crowned first Empress of Ghynzua in 258.

Yaaay! Badass female warriors for the win! I really loved the unique matriarchal take on this nation that you have put . It was really a great article!   I have to say, the story of how Seycha built up the empire was a really beautiful read! It was amazing to see how a small fishing village eventually became such a large nation in the world of Ealdwyll.   I had a few questions though.   Did Seycha ever marry? Who was her husband if she did marry her and how did she behave towards him?   Due to it being a matriarchy, are there any known instances of females discriminating men? Is the law somehow biased against men?   What are the roles of a husband in Ghynzuan society?   Again, I really loved this article! I had to write this in a hurry since I’ll have to wake up early tomorrow. As always, your writing always continues to inspire me! Congrats rynn and keep up the amazing work!

Thank you so much for your feedback Elias. Seycha never married, but that is certainly info I could add to her article. Also the question about the male role in society are things I will put in an article of its own I think. So they will come in handy when I write it.

I'd love to know more about where Seycha came from and why she appeared! I peeked at her article but didn't see the answers there.

Thank you so much for your like and comment. I'm planning to go back to my older articles next year to make them better, so I will keep these questions in mind. I do have to say that I can not reveal all her secrets though. They are important to the plot of my novel.

totally understood! Glad to know we might get more of a peek at her. ;)