Aldrich, the farm raised paladin, had just handed the last crate of religious relics to one of the priests at the temple in Daggerford when a member of the local guard came running past him. It had been a long ride from The Dalelands of Faerûn but he whirled around and saw the guard loading onto a wagon that had been quickly drawn.   As more guards scrambled toward the walls, another passed Aldrich shouting, "help us sir knight! Get on the wagon, we need all hands!"   Aldrich jumped on, full of questions, but the horses burst forth with a crack of the whip and they all sailed through the gate. As the wagon lurched off of a wheel, the driver pulled a hard turn into the snow-dotted grasslands beyond the city's walls. Distant explosions filled the distance to the merchant ship under attack in the Lizard Marsh leading up to the city. Aldrich watched helplessly along with the dwarf and two guard in the cart as wooden splinters decimated the right side of the ship. Then, as the ship made its attempt to flee around a bank and then back behind an island, a cannon ball roared through the air and bounced of the river bank heading east. Before anyone could even think the projectile was upon them. The metal ball tore the head off of the left horse and ripped a chunk from the torso of the driver. The cart careened out of control, turned right, and flipped to the dismay of all those within. The passenger guard was crushed to death but the dwarf and the paladin made the best of a bad situation. Aldrich felt the ground connect with the back of his neck as he tumbled thrice. Before he could fully comprehend what had happened and behind a curtain of adrenaline, he was back on his feet and in a dead sprint.   The dwarf that had been along was ahead and Aldrich quickly gained on him. Together they climbed a hook the dwarf sent up from the bank as the merchant ship had turned and lifted over top of the vessel that was attacking them. With a look of nothing but surprise in their eyes, they climbed on as they watched five people land on the back of a dragon, that had been invisible.   Varis was the first to let go of the dragon and he landed just above the prow of the Gnome spelljammer. Calaeriel was toppled off of the beast to land on the bow but Arion and Môrgæn would cling on long after Viari fell off onto the Gnome vessel, after the dragon flipped over the airship.   As Old Gnawbones was stabbed by her riders, Aldrich was assisted with using Duskbringer's ballistae to repel the young green dragons from the vessel. As a battle of dragons commenced above, Calaeriel and Varis fought for control of the spelljammer in a heated fight with its captain. Refusing to die, they continued to fight with the unyielding captain as Aldrich finished off one of the young dragons.   When Old Gnawbones bucked Môrgæn, she jumped into the water in an attempt to lose Arion but he kept cutting and stabbing away at her; even mustering the strength to do so in the depths of the river as the spell jammer set forth. When the spelljammer lifted into the sky, so too did the airship, and thus the battle in the sky commenced.   Even as the ships lifted into the sky, unbeknownst to the passengers aboard, the world changed; in truth, the cosmos changed. For the first time in a long time the gods truly began to fear mortals and their power as a direct result of the actions of the Champions of Destiny. As the ships rose into the heavens above Daggerford, the material plane beneath the city of Daggerford shook with an earthquake. The simple distance that Aldrich had ridden on the wagon became fifteen miles, the shape and location of Red Larch and Kheldell had been altered, and a great event had started. Scholars would debate the truth but the moments of their battle with the Claugiyliamatar and the coming Ancient Black Shadow Dragon would mark the true start of The Second Sundering.   As Aldrich downed the second young dragon, Arion crafted a parley with Claugiyliamatar, Old Gnawbones, and Viari's dagger tore apart the spelljammer; the entire expeditionary force settled for just a moment as they made their escape. Arion would then negotiate a deal with Old Gnawbones to return her platinum if she'd tell him the location of a Godfather Gem. She told him that the gem was in Icewind Dale just before the void spawned by Viari's Apocalypse Dagger spawned an Ancient Black Shadow Dragon.   The party ran the ship as hard and fast as they could from the blue-lit, black dragon but as they struck it with ballistae, it struck them with a meteor swarm. Duskbringer ripped apart and the crew and party were cast across a range of hills from 30,000 feet. When most were knocked out by a gust of force from the dragon, Arion grasped his Godfather Gem and wished them safe at the cost of his life.   Arion was later resurrected by Omin Dran on the ground but the fate of his party would be a mystery that befell him as he got to his feet. 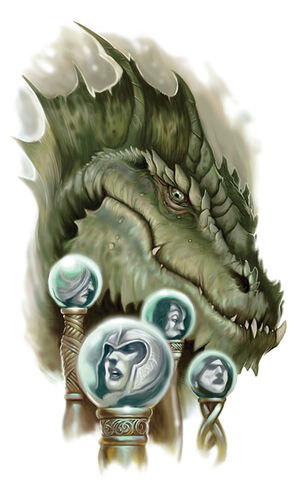 Across the multiverse gods began to speak of fate,
In dark dungeons and bright halls,
Hidden from the worlds of all.
They questioned the power of mortals,
Queried the fall of a deity to a man.
In the dark depths,
In the high heavens,
They were offered thus:
The Age of Heroes has truly begun,
The Age of Deities has finally fallen.
And in the hearts of mortals,
Of the cosmos abound,
They were reminded..
All things roll here: horrors of midnights,
Campaigns of a lost year,
Dungeons disturbed, and groves of lights;
Echoing on these shores, still clear,
Dead ecstasies of questing knights—
Yet how the wind revives us here!
Report Date
27 Sep 2020
Primary Location
Faerûn