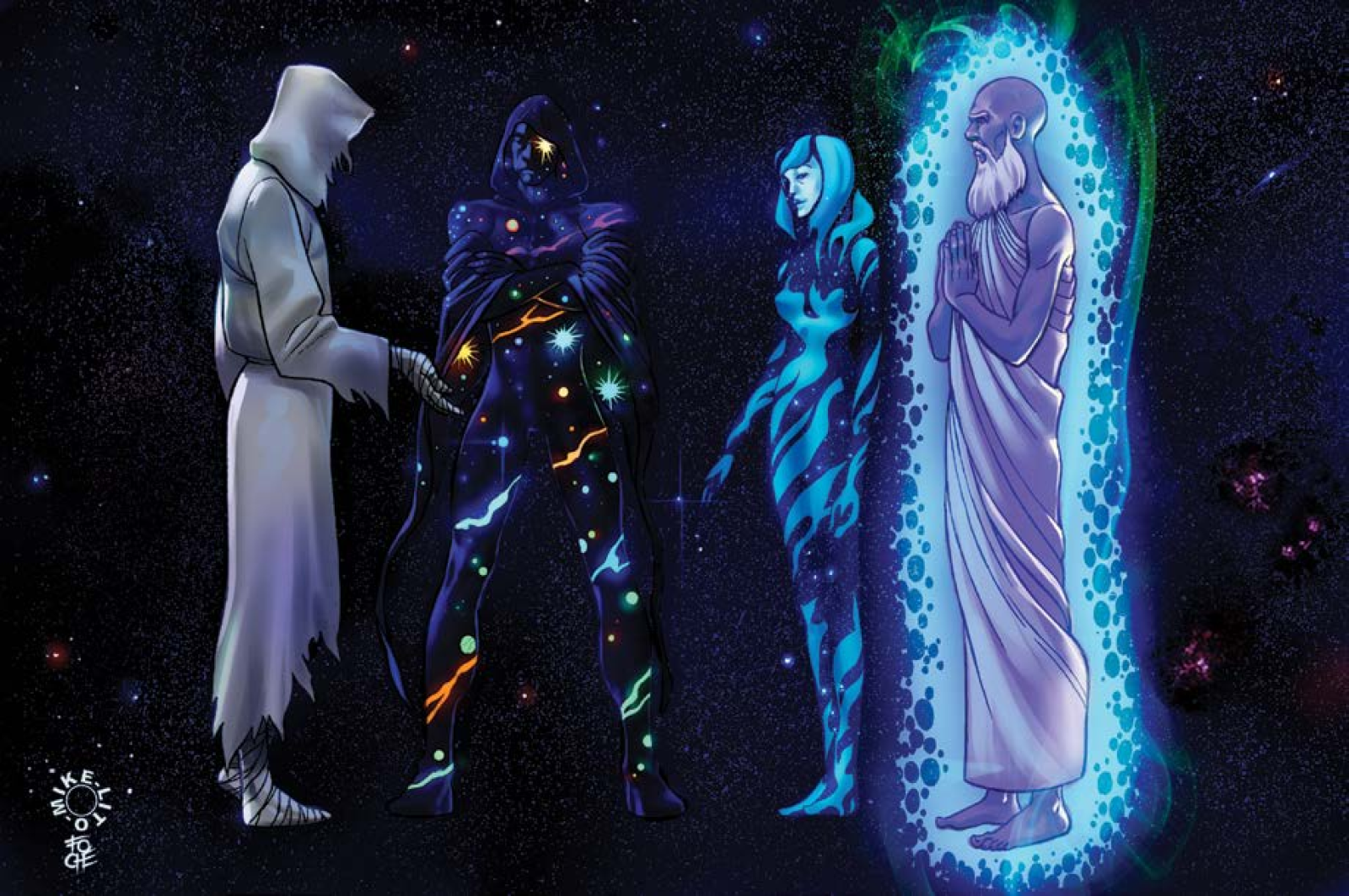 There are powers in the cosmos beyond even the greatest star-empire, forces barely comprehensible to mere mortals. They are known by many names, but the most common translation is the Ancient Gods, Primals, the First Ones, wielders of the Primal Power, spawned by the very creation of the cosmos itself.   In truth, the Primals, the Ancient Gods, are the first beings and they are effectively immortal by human, even planetary, standards. Not all beings who have claimed to be Ancient Gods, such as the Curator, truly are, and some beings that may or may not be Primals, like the mysterious Time-Keepers, remain silent. Humans have had only the barest glimpses at the nature and agenda of these beings.

All of the Ancient Gods wield what they call The Source, what some dub the Primal Power, or the One Power. It appears to be a kind of zero-point energy, drawn from the very fabric of existence itself. For all intents and purposes, the Primal Power makes its wielders like gods, able to shape reality to suit their whims. Primals have, in the past, altered space and time, destroyed planets, and re-ignited dying stars or caused healthy ones to go supernova.

Primals can communicate with any being telepathically, making it appear they are speaking the subject’s own language. They can likewise alter their appearance at will, often looking like a member of the viewer’s species, and sometimes doing so for all of the viewers present, so that a Human sees the Primal as Human (or at least humanoid) whereas a Grue sees him or her as Grue-like and an Elf as an Elf. They can also disguise their appearance or simply become invisible to most known means of detection.   The main limitation on the The Source is the focus and will of its wielder. The same obsession that grants Primals their power also limits them. Outside of their area of interest Ancient Gods can do very little. Of course, many of them are largely unaware of this, since it never occurs to them to ever do anything outside of their obsession. The primary way for an Ancient God to expire, according to the Primal known as the Game-Master, is for them to lose interest in the focus that maintains their continued existence. Without such focus, an Ancient God, or Primal, wastes away and disappears.
Alternative Names
Old Gods, Primals
Leader
Zenric
Subsidiary Organizations
Deities
Location
Die's Multiverse
Controlled Territories
Notable Members