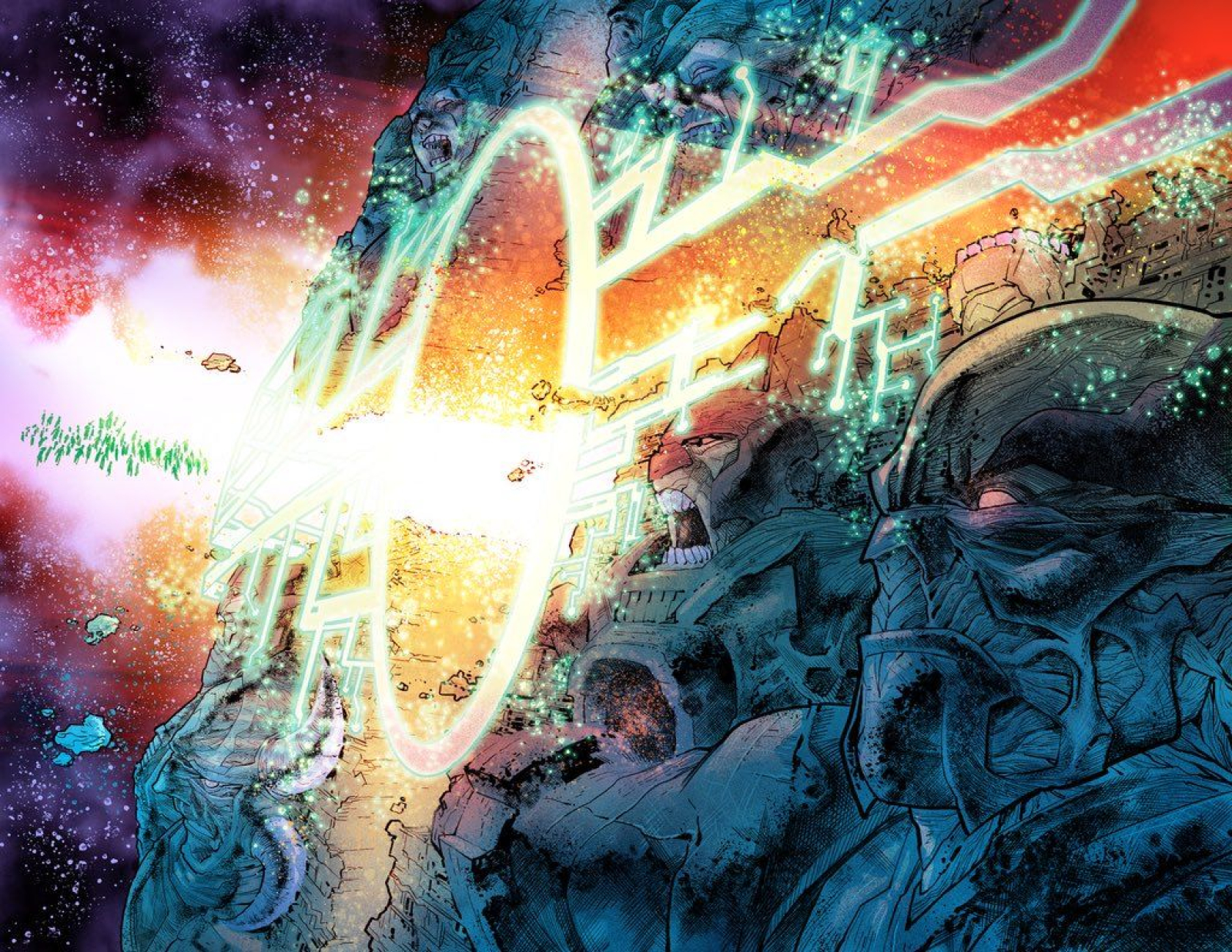 Created by Zenric, The Source is the "source" of all that exists and it acts as the limitless energy from which all life sprang forth in the multiverse. The Source created the emergence of the multiverse approximately 19 billion years ago. Mostly associated with the New Gods in the modern era, the Source was the supposed origin of the GodWave that is believed to have been responsible for creating and empowering the New Gods with their divine abilities. It also seems to be partially responsible for the ability of certain people to develop super-powers, especially those which defy the laws of physics.   Lying at the edge of the known multiverse is the Source Wall, which protects the Source, and traps all those who attempt to pass beyond it.

At the most basic level, the Primal Power makes all Primals essentially immortal and invulnerable. Many of them have existed since the very dawn of time billions of years ago and they are capable of shrugging off virtually any force less than another use of the Power Primal against them. They quickly recover from any harm they do suffer, and can survive in any environment, including the depths of space.   The Source grants a wide range of energy manipulating effects, from simple bolts or arcs of destructive force to subtle restructuring of matter at the atomic or even quantum level. Ancient Gods can move objects using telekinesis or force manipulation, create warps through space, and rearrange inanimate matter to create virtually whatever they wish.

Zenric the Creator created The Source and his fellow Primals whom also call it the Primal Power or the One Power, are those whom largely utilize it.
Related Locations

Remove these ads. Join the Worldbuilders Guild
Gods of Creation