Huge felines native to the Y'dak, they are twice the size of a lion and ten times as cunning. They stalk the desert sands for prey, and are capable of taking down even Caer Thalion's largest creatures. Outside of mating season, sareshi live and hunt alone. Their pale, sand-colored fur provides them with near-perfect camouflage in the desert, and even seasoned warriors of the kumajai give them a wide berth.

Warriors of the Zavi kumaj prove themselves by killing a saresh. Some even manage to capture them, and these beasts are tamed and trained as guard animals. Because of this, their clan is feared and respected across the desert, and rarely troubled by raiders.

Saresh are similar in appearance to lions, though twice the size and males do not have the lion's telltale mane. Their fur is paler in color to better blend in with the sands of the desert. Other distinguishing features include a much longer tail in proportion to the body-size, and fangs that are large enough to peek out over their lower jaw.

Saresh go through a mating season like many animals. Females enter a state of heat every two-three years, becoming lethally aggressive toward any creature it does not perceive as a potential mate. Likewise, males who have staked a claim on a female will lash out at any creature that enters its mating territory.   Males approach females tentatively, as females are picky about choosing mates. If a female decides to accept a male's advances, she allows him to approach before pouncing and latching onto his throat with her powerful teeth, not enough to injure beyond surface wounds, but enough to hurt, and if the male struggles too much against the hold, she tighten her grip until he submits or suffocates. Once the male chooses to submit, the female will release him and flee to the location she's chosen as a den. To claim his prize, the male must follow and keep up with her. Females make this intentionally difficult in an effort to test the males' hunting prowess. Assuming the male's success, he will stay with the female until her heat passes, only being allowed to leave her den to bring her food. Once the female's heat fades, she will allow the male to stay as a protector through her six-month gestation period. Within the two weeks leading up to birth, the male is expected to hunt and bring food every day for her, burying any extras in sand pits to keep it "fresh" for her and the cubs. Once the cubs are born, the male is permitted to stay for no longer than three months, at which time he is violently kicked out, now viewed as a threat to her and her cubs.   Saresh usually carry only one or two cubs at a time, though triplets are possible.

Like lions, saresh cubs are born blind and relatively helpless. The mother will nurse them almost constantly for two-three months, eating what the father brings her. Once the cubs can see and have enough strength to move about on their own, the father is kicked out, and the cubs will follow their mother as she hunts, nursing when possible and hiding in small dens she digs for them whenever she needs to move faster than they can. This cycle lasts until the cubs are around a year old, at which time their mother expects them to start hunting for themselves. She will teach and help them to an extent, but if they prove inept enough, she will abandon them to try to survive the harsh desert on their own.   Saresh cubs remain with their mothers until they reach sexual maturity, around two to three years old. At that time, motherly instincts are replaced with survival instincts. Female cubs are treated as rivals, and male cubs as unworthy mates. If the cubs fail to leave her territory when prompted, the mother will lash out, sometimes with lethal force.   As sareshi are solitary creatures and the humans of Caer Thalion know better than to approach them, it is unknown how long a saresh can live for in the wild. Those few that have been captured have lived up to thirty years, though closer to twenty is typical. In the wild, sareshi that have grown too old to mate are often killed off by younger sareshi seeking new territory.

Sareshi typically stick to the deep areas of the desert, venturing into the savanna on occasion to hunt. They typically seek dens in rocky outcroppings near oases, where prey is more common. Sareshi try to steer clear of humans, particularly large groups, though a lone human venturing through a saresh's territory can make easy prey if nothing else is available.

Sareshi are carnivores and typically hunt large and slow prey animals such as camels and water buffalo. In the absence of easier prey, they will also hunt down swift uroks and antelopes, or even the large and powerful bundogo. On rare occasion, usually only if starving or defending their territory, sareshi will kill and eat other predators such as lions and ygua.   On a full belly, a saresh can go over a week before hunger begins to weaken them, and they can survive without food for over a month if necessary. If a saresh happens to make a good-sized kill before its really hungry, it will bury the leftovers in a shaded place a safe distance from its den in order to keep the meat fresh. 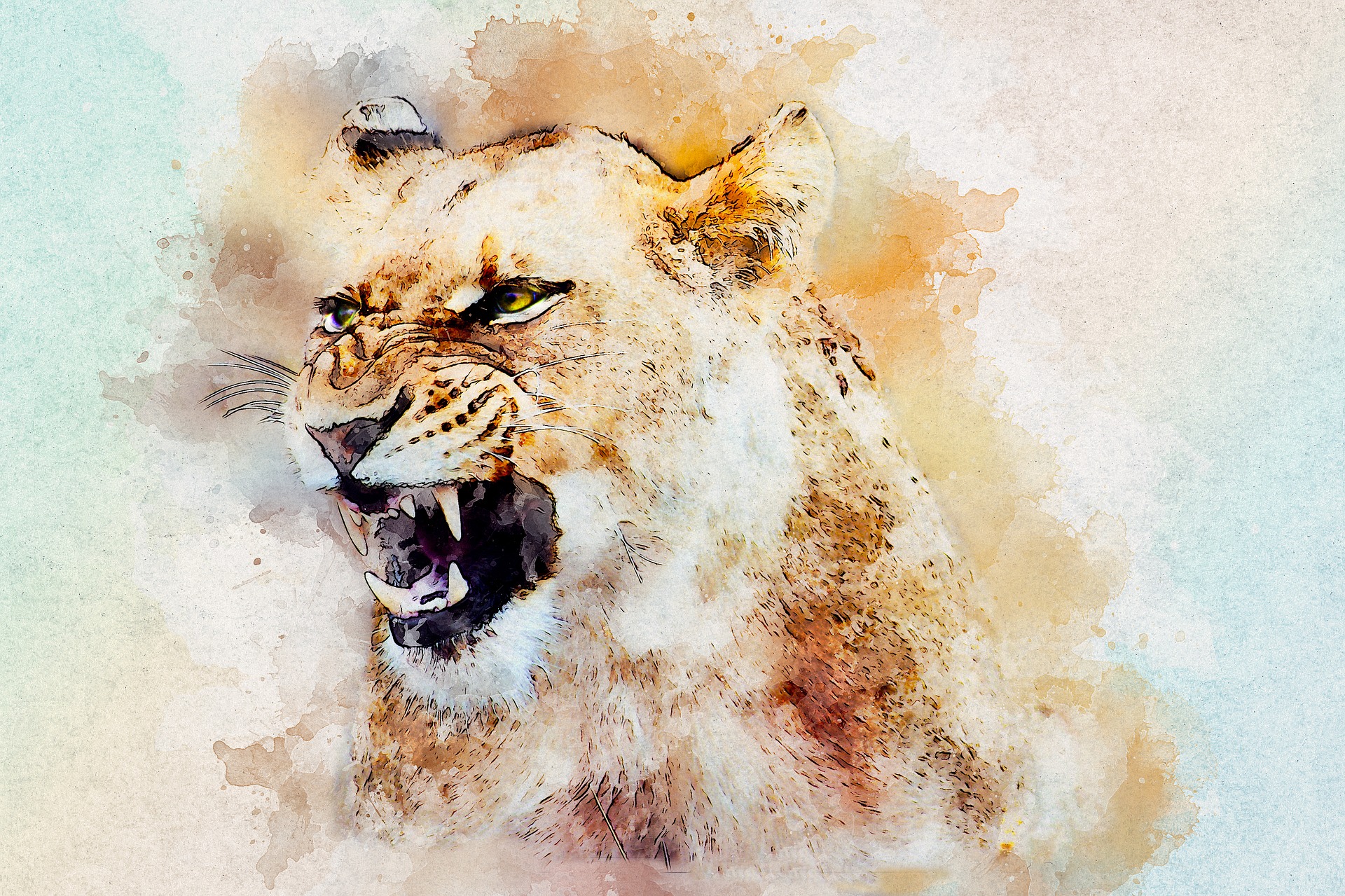 Answering: "Write about an apex predator in your world. How does it hunt and survive?"
Visit Kaari13's Competition Page Check all other answers to this prompt Competition Homepage