Magic has changed significantly throughout history and goes through many specific advancements.


Before the Great Quake
Magic was uncommon, but known about by the people. Arcane magic was mixed with technology to improve it in some cases. Most of the magic was simple and only taught to specific people. People with natural magic tended to be scorned as dealing with demons and other creatures. Beyond this, very little is known about specific magic used by the people.

Era of Chaos
Shortly after the Quake, the survivors tended to use whatever resources that had to survive. This included some of the many magical items that came down from the eastern continent. There were mages from the continent who also survived and were quickly grabbed by warlords as an additional resource to hold their territory. The few specific stories from this age seem to reflect some problems with magic. Many mages seem to report unusual results from the spells others reported only their most minor spells could be channeled.


Phase of Tears
As the city began construction, things of magic were still being used, but were also scarce. Mages became even more scarce as magic almost seemed to fade completely. All but the most simple of spells could be used by most despite how much they researched. Many mages would become hermits in their homes obsessing over finding a solution, but little would come of it. As the Phase came to an end, Mages would become almost things of legend and stories.

Phase of Blood
Exploration became common during this time. There are hundreds of ruins scattered about the stratum to explore and mercenary groups were a common way gain extra money and find numerous magic items. The multitude of unique abilities in them created some challenges for the the guards and this also led to the Blood Bats (the first known thieves guild) collecting many of them. This led the guard and the Kyren to start collecting some of the most dangerous items for protection of the city, although there were many who refused to give them up or hid them away secretly.

Phase of Creation
An economic boom would allow the city to flourish and for wealth to be increased significantly. Although magic was largely gone at this point, mostly hidden away as making them public might draw the attention of the guard who would collect them. The mining guild found a plethora of unique and common gems as they dug deeper, the Kyren ordered these gems to be held in a vault as they worried the wealth might overburden the city. Some did suggest that these gems were magical, but this was proven mostly false later. As this phase began to end, the city started to see a downturn. The looting continued, but less gold was found. Eventually gold started to become scarce and the prices started to drop. Gold was hoarded and people lost faith. The Age of Light and Horror would begin and magic was seen again, but with the summoning of demons. The impact of this would be seen in the next phase of the city.


Chaos to Enlightenment
In the aftermath of Pythinera Agerinigh, the city would be in chaos. As the Council members investigated the other Kyren, many discoveries were made. The Kyren had an entire secret department studying magic, which had been created during the Phase of Blood. They had been training people in magic, although most still couldn't use it reliably. They also found they were studying the gems collected for magical properties. Most were normal, but a special stone now called Korvium, seemed to be magical. After speaking to the mining guild, the council realized that they were digging through an entire layer of this gem and most was being shattered and destroyed during the process. Although the deadly events of magic were still fresh in the minds of the people, the council considered this an opportunity. They took over the research of the magic and items before selecting new Kyren and rebuilding the order of the Cynosure.

Phase of Brilliance
After much research, the miners were taught how to cut the stone without harming the properties. A special structure was built in the Cavern of Strength to research the magical properties, this would later become the Beacon of Brilliance and the heart of all magical research. Although the Council had control of the research, they would later make a joint arrangement with the Kyren to prevent one from gaining too much power and a repeat of the massacre. The uses of the stone would bring Crevice into a new age of magic. The stone seems to help people focus and the realization that there are people with innate magic that seemed to be able to use it with greater skill made people more confident that they were led to this discovery.

The Rise and Fall

The Peak
The Study of the stone reached a peak by the Phase of Genesis. Magic had increased in the city 100 fold and even commoners seem to have rough knowledge of its use. It was still strictly controlled by the Kyren and Council, but it made life in Crevice much easier for many people. The Dust was used for a variety of simple rituals that allowed people to use magic. Ingesting a small amount would allow people to tap into and control magic. Some debates were held on the source of the magic, whether it was inside of everyone or if the air itself held the magic.

Dust Sickness
During the Spirit Phase, people began getting sick and it was connected to the use of magic. No one is sure why this started occurring as the Dust had been used with no ill effects for hundreds of years. Some said that the quality of the Magestone had worsened, others thought that the guilds were processing it inefficiently and making people sick. Regardless, hundreds of people would die within the first few months. Those that survived had to avoid using any magic or get deathly ill. Eventually, the Councils ordered Dust to be removed from the population and limited only to the Cavern of Brilliance for further study. It was eventually linked to lower quality stone in the mines. After several inspections, the mining guild found that the Magestone strains they had were very weak and stopped mining them. There were still a few stronger strains that could still be used. Dust slowly became an uncommon commodity and only those going to the Schools were allowed to ingest it. There is still the occasional case of Dust Sickness, but it is usually occurs from Dust bought on the streets or with cultists.

Currently magic is controlled by the mages of Brilliance and the Council. With the technological advancements during the Mind Phase, magic has found a place in society once again. With magic and technology combining and sometimes competing, both have excelled and allowed the city to expand. Dust is still used, although there have been a few reported cases of people using magic without first using Dust. Most of those reports are considered just rumor by the Kyren. 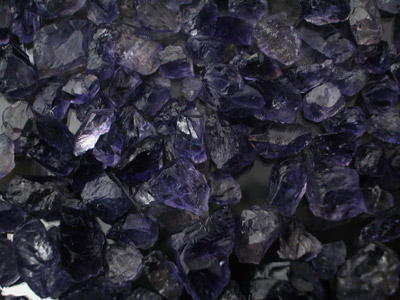 Cynosure had never provided divine magic to the people, even to the Kyren. On the surface, the religion was simple and needed no magic for people to believe. After the Great Quake, there was some interest in divine magic that others on the surfaced used to heal. Many of the survivors were enemies and worshipers of the demons. They lost their magic when they lost their connection to the gods, but they gladly discussed it with many people. Some of the early warlords even attempted to worship their demons.

Divine Rituals
The Awareness Blessing done by Dimitree, The Eyes of Cynosure was the first physical magic seen by the people of power of the Cynosure. This blessing on children allowed them to see in the shadows and avoided the use of light, which improved their survival chances significantly. Other rituals were later created for blessing marriages and other holidays, although most did not have much of a physical manifestation. Kyren and Magic
During the Phase of Blood and Phase of Creation, some Kyren were seen doing miracles for people. This spurred much debate by people in the forums and some concerns by the Council. Some were thought to be using an item they may have collected, others worried they were communing with the Demons. Sadly, it was both.