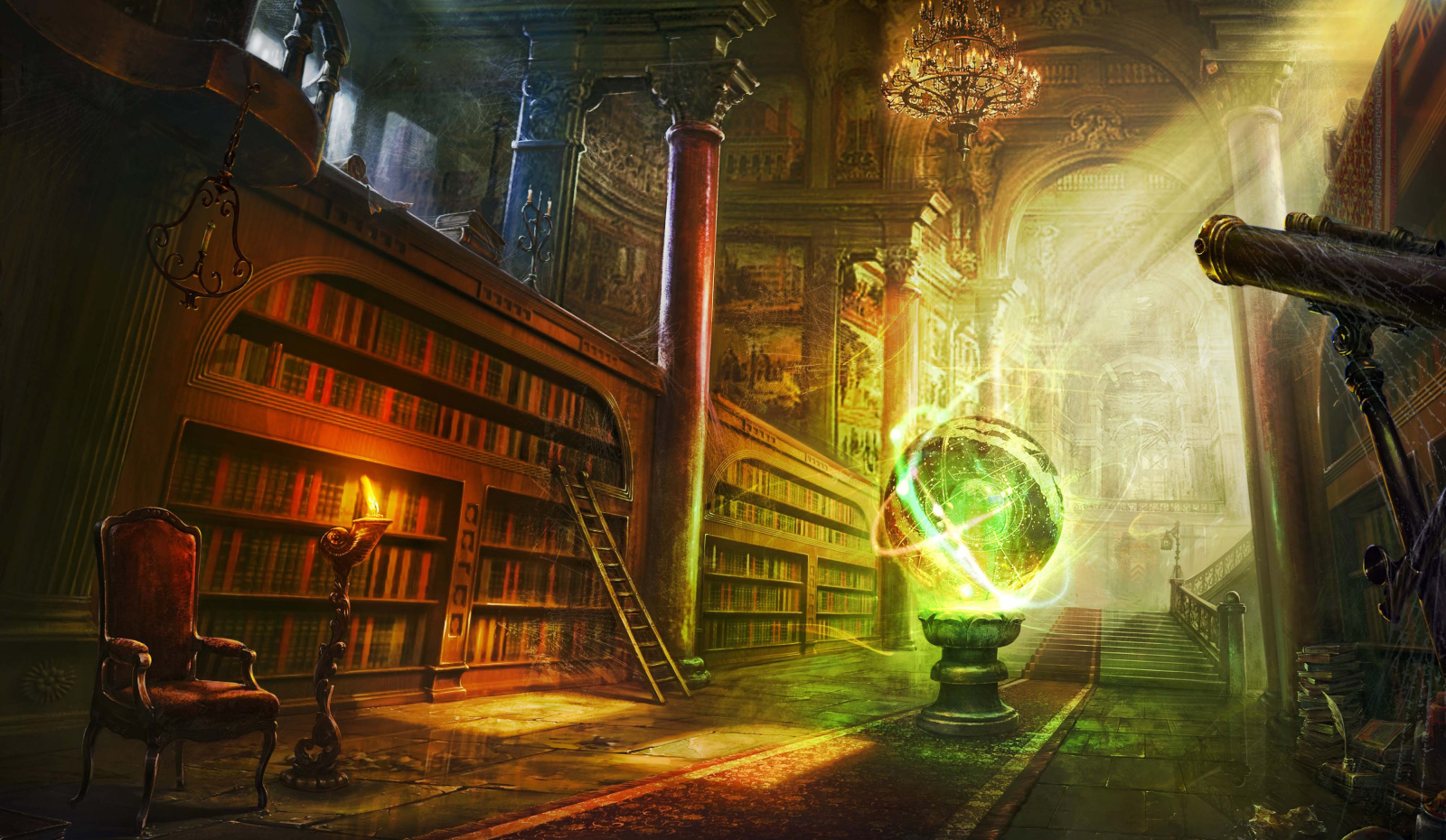 Jethro the Chronicler is an identity an anonymous lore bard had taken in the Second Age, being particularly interested in the entire history of Talamh's many heroes. He enjoys tracing the "campaigns" of mercenary groups who often go questing, recording what had happened in them and what kind of legendary artifacts they have found. Nobody knows how old he actually is, where he is from, or why he even wants to do put himself in danger to do these things.   Recently, he revealed that he has a twin sister, named Theodora the Muse and that he is a descendant of the legendary bard, Reuel.

Jethro was born somewhere in Lysandus, and when he hit his late teens he went to the Bard College of Ebenwald under an pseudonym, "Jethro". He would go on to graduate, getting a lore degree from the college and being deemed a "Chronicler". He would proceed to go around the city singing songs and retelling legends of old. However, Jethro came across a problem: many people had already knew the history of the kings and political conflicts. This showed in his pocket book, for many already knew stories of dragons. Therefore, Jethro went searching for new material: mercenary heroes of the world.   By 2A 56, he arrived in the Wallingwish Islands once he heard of a mercenary group there dealing with problems in Port Royal and Boadella. Thus, he began to interview and track the stories of these individuals. He would meet them in the city of Allotar once they had finished their quests, and he recorded their tale, which he entitled "The Treasure of Ages". He would follow Ithacus, a ranger and one of the members of this party, until contact would be lost as the ranger went toward the Underdark in 2E 61. Thus, Jethro turned his attention back to finding more adventurers.   He stopped in a bar at New Wallingwish in 2E 62, where a small audience gathered around him to ask for a story. Thus, Jethro recounted the legend called "Will of the Dragonlords," a tale recorded by his ancestor Reuel. The whole tale took him a day to tell. Once the bar was closing he ended the tale, getting paid handsomely. Afterwards, Jethro came to a ship sailing to Tallia, where some of the sailors asked him to tell another tale. He told the story "A Curse Over Gothai" while the journey took place.

Jethro walks around in 56th century Lysandan Minstrel clothes, oddly enough. It seems to be a style he enjoys, despite how many looks it gives him in public. He also wears a hat and a bag of 20 gold pieces on himself. Hopefully you don't plan on robbing him now.

Jethro often wears a Mask of Emotions to hide his identity but express his emotional self, making it so talking to people isn't weird to them in the slightest. At least, that's what he thinks it does. In reality it seems to scare people away. Not that it would bother him.   Jethro also carries around a Bag of Holding in order to take his work with him. However, because he is a clutz, more often than not everything in his bag will spill out everywhere. At least he isn't holding anything stolen! Right?

Jethro has proclaimed himself to be a Master of Lore from the Bard College in Ebenwald. He even has a degree to prove it, though it only has his alias name and not his true name. Though he may seem like a silly character, he does have multiple books and articles under his belt, meaning he does treat his profession seriously.

Jethro is what is called a Wandering Minstrel, a growing lost art in Talamh. He will sing songs and recite poems for onlookers at inns and cities, hoping to get money that way. Occasionally he will come to the court of kings or judges to express entertainment.

Jethro likes the ideas of making your own identity, not it being a predetermined path. Though he acknowledges history does cause events to take place in predictable patterns, he does not believe all beings are constricted to that. He acknowledges prophecy taking place in history, though he has seen contrary tales as well. One of his examples is the many adventurers he has recorded, all of them taking strange paths that seemed linear but derail and create adventures nobody could even fathom.   As such, Jethro is an advocate for choice in people's lives, not destiny controlling them. People, to him, must chose to be good or evil, choose to do what is right or wrong, and choose to be selfless or self-centered. "Sure, you may have flaws and attributes you can see in yourself," he has once noted. "But they are not the confines of your actions. If you steal from the squad and blame your past life, you're not being true to yourself, you're being a jerk!"

Jethro LOVES lore and history, making it his entire life style. He has a fine appreciation for acting and artwork and songs! He has tried to write his own songs, but he seems to be rather bad at it. He will find himself getting into arguments on renditions of plays and art with random people on the street.   Jethro abhors censorship and much of it's implications. He likes knowledge being available to people. He will advocate for free speech and speaking against the government if it is needed. However, vandalism will anger him, especially on historical sights. There is a reason he carries a shortsword...

Jethro doesn't hold many grudges, opting to look for friends instead, though they fail to be permanent. He is friendly in nature and has a strict moral code despite his charismatic look.

Jethro is a clutz and actually is terrible at singing. He does not think before he says things. His mouth has gotten him into much trouble before, and will continue to give him trouble in the future. He also does not like trying new things, enjoying the comfortable life he already has.

Jethro strictly follows Amagus, who he claims inspired him to take his career path. He does note that he much preferred the days when the people of Lysandus only worshiped Cardia and Amagus and not the other divines. He seems to have strong opinions on the Church of the All-Divine.

Jethro doesn't entirely have a socio-economic class he falls under, considering he doesn't live permanently anywhere. He just carries around whatever loot or items he has on himself at the time from his travels. On his person, Jethro usually carries: 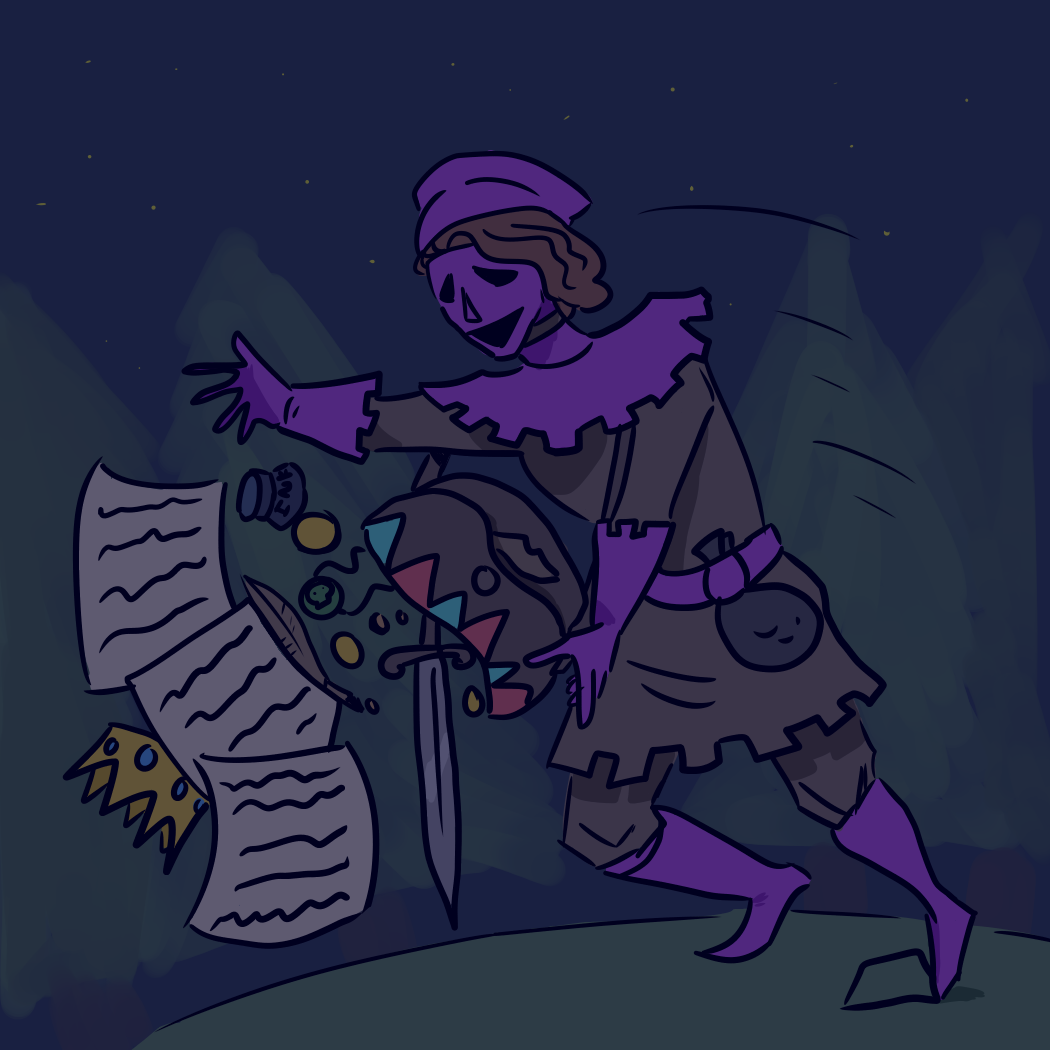 Alas, poor Jethro! Did nobody tell him that he should not be travelling alone at night? Things like spilling your Bag of Holding will happen!
Alignment
Lawful Good
Ethnicity
Lysandan
Honorary & Occupational Titles
The Chronicler, Bard of the Deep Lores, the Lore Beard, and "Nerd!"
Circumstances of Birth
Born with Theodora the Muse
Birthplace
Possibly the Kingdom of Lysandus
Children
Current Residence
Somewhere in the Wallingwish Islands
Biological Sex
Male, we know that at least.
Hair
Red, which is the only part of his body not covered.
Appears in...

Articles under Jethro the Chronicler

The twin sister of Jethro the Chronicler, Theodora the Muse is an phenomenal actress and apparently much more successful than her twin.