I, Noldrin, do hereby pledge my aid and support to Esyae in the creation of the world Caeda in exchange for the right to destroy it in the course of time.
— Noldrin, God of Destruction

I, Esyae, do here by accept the aid and support of Noldrin in the creation of my world Caeda in exchange for his right to destroy it in the course of time.
— Esyae, Goddess of Creation

The First Pact, forged by the combined divine might of Esyae and Noldrin codified the terms for the creation of Caeda and it's eventual destruction.

The document consists of two passages, the fist by Noldrin, stating his intent to assist Esyae. The second by Esyae, stating her intent to let him eventually destroy the planet.

The document curiously does not state any ramifications for either party should they fail to uphold their portion of the pact. Additionally it does not specify an exact time table for the eventual destruction of Caeda.

Only available to divine entities.

The pact was forged on a diving sheet of metal and is enforced by divine right.

Before the first pact was signed, the area of the cosmos in the region where Caeda now stands was a vast emptiness. The pact led directly to the creation of this world.

When the details of the First Pact became known to Caedenya it changed the course of history and led to the cracking of Esyae's mind.

The unspecified term is a major point of contention between Esyae and Noldrin. 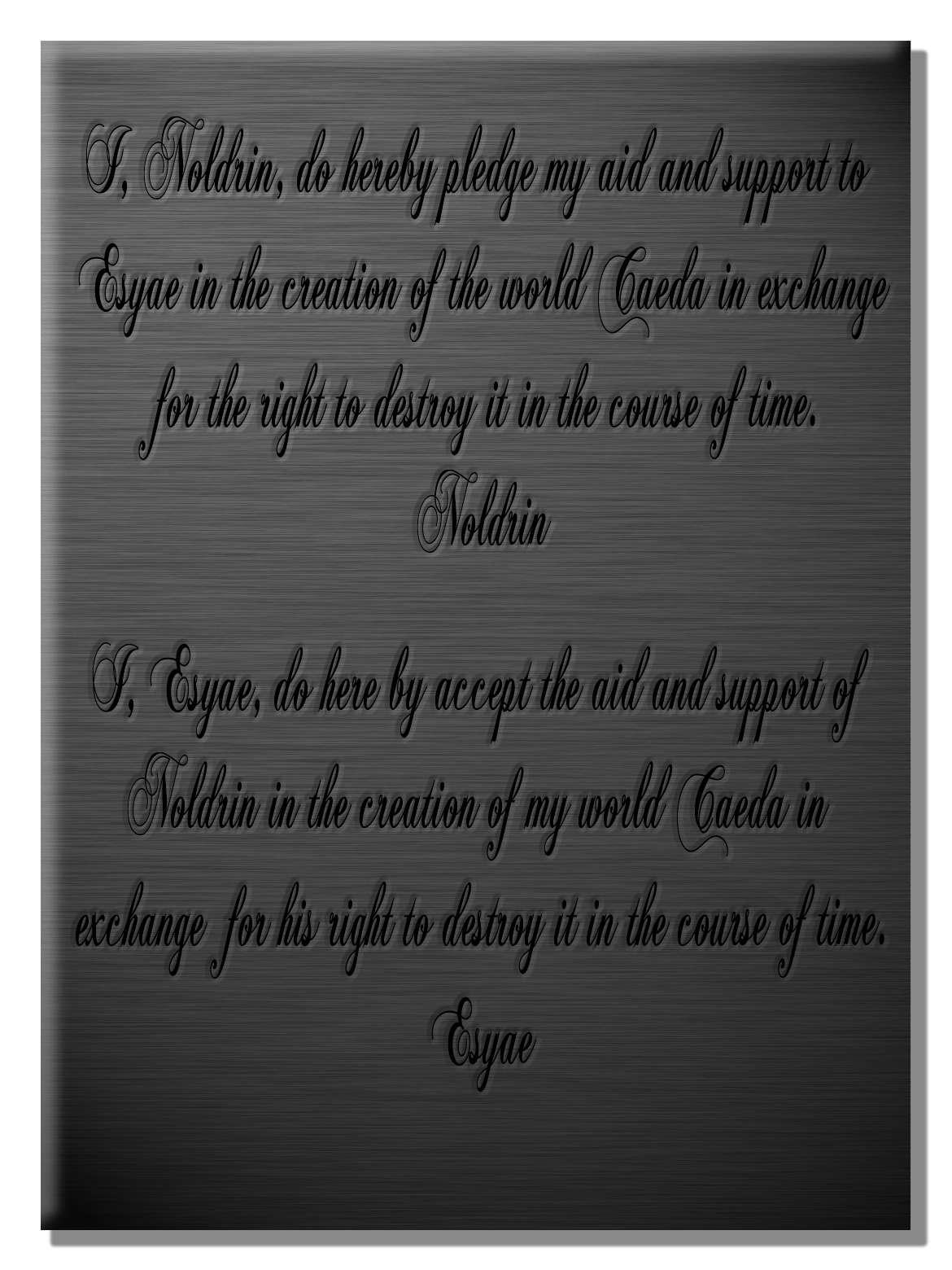