"Kill those undeserving of existence so that you may grow fat from strength."

The Great Serpent, the Gluttonous God, The All-Devouring Demon, are all fitting titles for the depraved Asar Sinma. This Aeunta and his brood live by a simple code: kill those undeserving of existence so that you may grow fat from strength. The very concepts of law and order are affronts in the eyes of Asar Sinma, who wishes to plunge all realms into chaos so that only the strong may survive.

While no mortal has seen the physical body of Asar Sinma and lived, he is often depicted as a massive serpent that towers over all life. Some depictions of him show him with multiple heads like his monstrous servants, the Sinma Gravemind.

The realm of the Gluttonous Aeunta is known as the Serpent's Throne. It is a dark, barren world where the Qurserta slaughter each other to gain the approval of their lord. Within the tucked-away corners and crevices of the lifeless landscape, the Spine Coilers skulk in the shadows, waiting for a careless victim to enter their lairs. Standing above the landscapes are massive ziggurats where the High Lords of the Qurserta rule their hordes and praise the Great Serpent himself.

Cultists of Asar Sinma are devoted to the Aeunta's tenets of the predation and killing of those unable to defend themselves or their right to existence. Those who would die are meant to become sustenance for their killers, allowing them to grow in power. Asar Sinma's followers divide themselves into two groups, those willing to sacrifice themselves for the strong and those who desire to be the predator. The weak-willed cultist will unquestioningly obey the will of Asar Sinma and those above them, even if it means certain death. Those who wish to be the predators and grow fat from strength act as enforcers and fight each other to establish their dominance among the cult's ranks in the hopes of gaining the approval of Asar Sinma. Asar Sinma and, by extension, his cults despise the concept of civilization and the order that comes with it. They wish to end the lives of those unworthy of existence and plunge the world into perfect chaos. Through the wretched Sinma Gravemind, Asar Sinma and his cultists have attempted to spawn armies of demons within Nostrina hellbent on killing all who stand in their way. Asar Sinma and his cults threaten all life on Nostrina and beyond.

Statues and shrines to Asar Sinma have been found worldwide, dating back to the early Ancestral Era. Pinpointing exactly when the Aeunta first made contact with the denizens of Nostrina is next to impossible. Based on the available evidence, Asar Sinma has been rallying mortals to his cause since the dawn of humanity itself.

During the first century of the second era, the cult of Asar Sinma was at its peak within Stelwen. The verdant continent with its abundant wildlife and the vast Putrid Depths would prove to be the staging ground for an invasion with Sinma Graveminds. The first was spawned within the caverns of the Graven Trail in the province of Utek, where it began infecting the wildlife of the surrounding region. The frenzied wildlife would bring the attention of two Tevan Tay hunters, Mallran and his apprentice Noria Minkinna to the area, who tracked down an infected Kurronjor, which led them directly to the lair of the Gravemind and the cultist tending to it. After a hard fight, the two hunters would slay the terrible demon, but at the cost of Mallran's life. From that day onward, Noria would always keep a close eye on the potential growths of new Sinma Graveminds.   As Noria ascended the ranks of the Tevan Tay, the cult of Asar Sinma would move forward with their plans and begin growing two more Graveminds. The first was spawned in Derraken, though this demon would be snuffed out before it could cause any damage by an unknown individual who incinerated the demon and the cultists. The second Sinma Gravemind would be born in a hideout in a rural village in Mongrasil, where the cultists created a chamber for the demon to grow. This demon would grow larger than the one Noria encountered, sustaining itself on the local wildlife and elven victims.   While serving as the Grandmaster of the Tevan Tay, Noria would begin a crusade against the cult, eradicating any trace of the cult her hunters encountered. Her crusade would lead her to uncover the Sinma Gravemind in Mongrasil and its brood of demons hatched in the rotting flesh of countless victims. With the Gravemind located, Noria would lead an army of hunters and mercenaries in an assault on the spawning ground. Both sides sustained heavy casualties in the battle, but Noria and her hunters would slay the Sinma Gravemind along with the remaining cultists, eradicating them from Stelwen once and for all.

The Sword of Everlasting Hunger

Forged in the deepest depths of Asar Sinma's domain, the Sword of Everlasting Hunger is the most infamous of the Aeunta's two artifacts. Appearing as a black sword with a red glow along the blade's center, evokes the hungry and malicious nature of Asar Sinma himself. The weapon is often awarded to the strongest of Asar Sinma's High Lords or to his most loyal mortal servant. The weapon is imbued with a powerful enchantment that causes Entropic energy to course through the blade. Besides unleashing the energy with every strike, the wielder can also channel the power to create waves or beams of the volatile element. The weapon can also change the wielder into inhuman creatures hellbent on exterminating all lesser life.   The Sword of Everlasting Hunger was created by a skilled Qurserta weapon master named Kar'Murinus, who forged the blade to overthrow his High Lord and claim the title for himself. With the sword in hand, the ambitious Kar'Murinus made war with first his commanding Ascendants, slaughtering them effortlessly. Soon his Regent felled, and Kar'Murinus set his sights upon his High Lord. The lord welcomed the challenge and battled the determined Qurserta under the gleeful eye of Asar Sinma. The High Lord proved to be Kar'Murinus's greatest challenge yet, but he would ultimately claim victory.   The once lowly Qurserta became the new High Lord of his clan under the watchful eye of Asar Sinma. Kar'Murinus would rule as High Lord for centuries before he too was overthrown by a subject with the same ambition he once had. The Devourer's Greatsword served as the symbol of power among the Qurserta, passed around from lord to lord in a display of loyalty to Asar Sinma's tenants.   At some point, however, the weapon found itself in Nostrina during an incursion on The Serpent's Throne by a Varaki thief named Nirrax. The thief stealthily killed the Qurserta High Lord, pillaged the weapon from their corpse, and brought the stolen weapon back to Nostrina. Afterward, a loyal cultist stole the weapon back and returned it to Asar Sinma. From that day on, the weapon would be passed around to the most devout followers of the Great Serpent.

The origins of the Gold Fang Scepter are unknown, with the artifact only recently being discovered. As one could guess from its name, the metal staff depicts a hissing snake at the end, the ornamentation made of shining gold. The Gold Fang Staff has first discovered at the Gravemind War in 129 2E after Noria and her Tevan Tay hunters besieged the cult of Asar Sinma's last hideout in Rocturra. While many hunters focused on the Sinma Gravemind and the demons spawned from it, three hunters diverted their focus to a fleeing cultist carrying a strange staff. When they almost cornered the flee cultist, he spun around and unleashed the staff's magic on one of the hunters. Within almost an instant, the targeted hunter fell to the ground screaming in agony while coughing up blood and bile as a virulent poison tore through their body. The cultist attempted to kill the other two hunters the same way but was stopped before he could unleash the spell.   Once the battle was finally over , the staff was locked away in the Tevan Tay's main headquarters. The staff would be kept here until the turn of the second century when the Tevan Tay gave possession of the artifact to the newly formed Sellunar for further study. As of the current year, the Gold Fang Staff is still in the possession of the Sellunar.
Titles: The Great Serpent, The Gluttonous God, The All-Devouring Demon   Higher Being Classification: Aeunta   Associated Demons
Qurserta: The loyal soldiers of Asar Sinma, Qurserta are humanoid snake demons that carry out their lord's will without question.   Sinma Gravemind: An abomination that spits in the face of the rules of demonkind, the Sinma Gravemind spawns new demons within the dead flesh of its victims, bypassing the limits of demon summoning.   Spine Coiler: A small but nasty demon burrows into their flesh victims and takes control of their bodies. The host will only die once the demon fully controls them and mangles their flesh to suit it.   Titles: The Great Serpent, The Gluttonous God, The All-Devouring Demon
Children
Aeunta

Answering: "a person considered villainous or monstrous"
Visit jester2b's Competition Page Check all other answers to this prompt Competition Homepage

Oh my now we have a truly monstrous character, The Great Serpent, the Gluttonous God, The All-Devouring Demon. Right off the right I am interested and want to read this character. I love the sidebar links. I wonder, a quest to destroy the Sword of Everlasting Hunger sounds very interesting. I will be roaming and lurking more of this world. 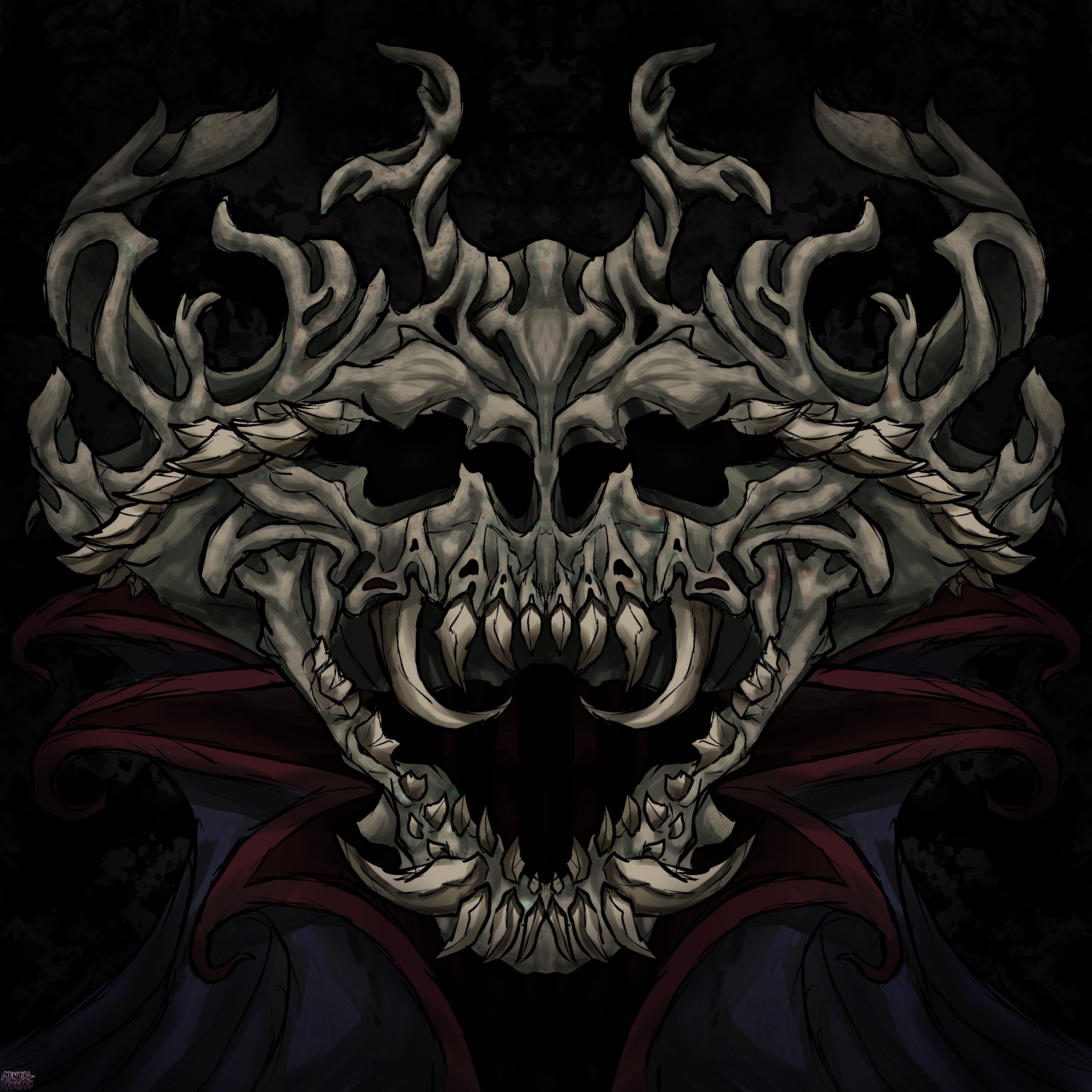 Glad to hear you liked him. I hope you enjoy the articles I've written.