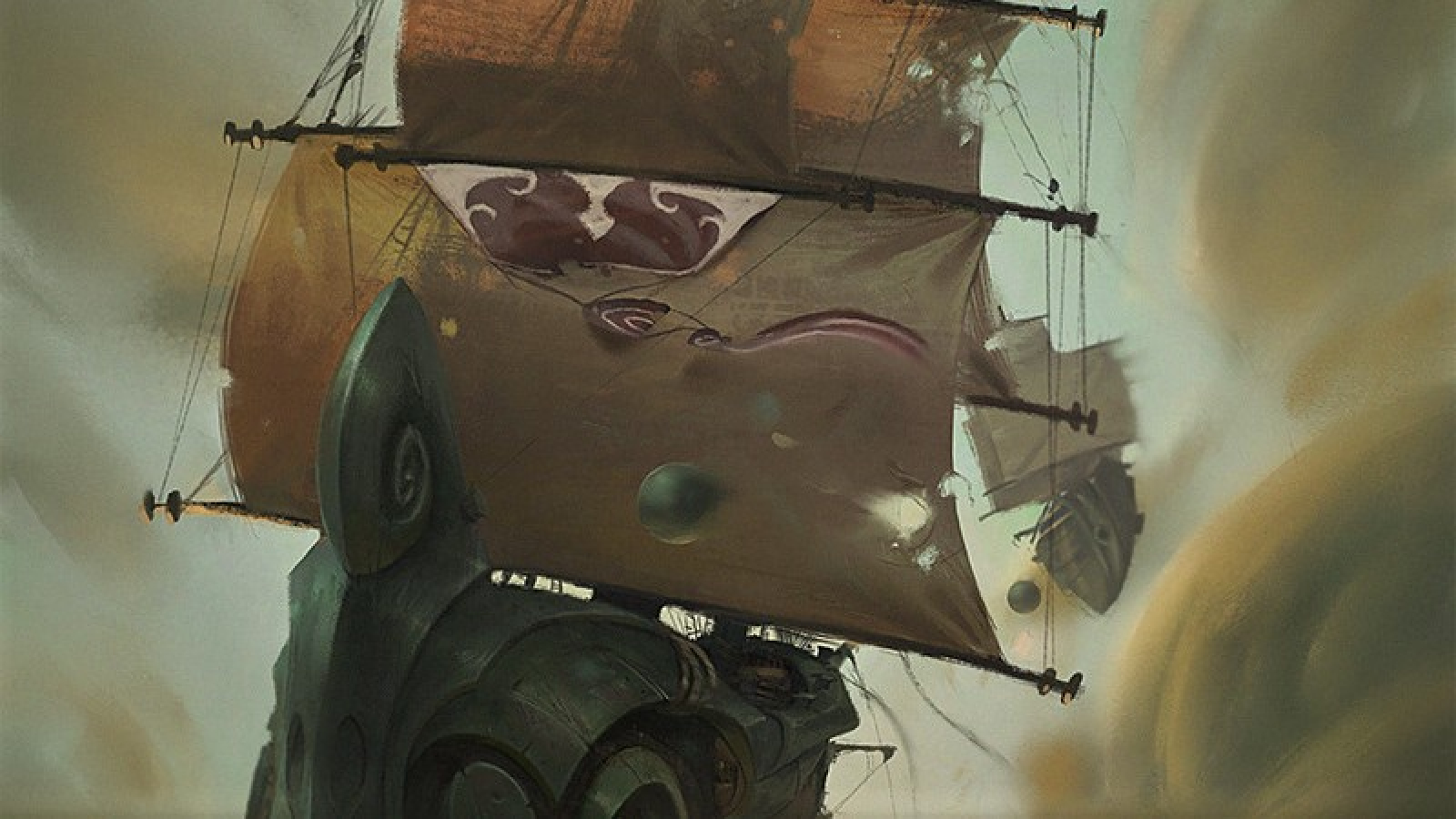 The Cloudrunner is the latest creation of the revered Gnomish inventor, Jansen Billowblock. Funded largely by Dawnstone, the human capital, Jansen was able to make his idea a reality.   The Cloudrunner flies between Dawnstone and Esotar, the main city of the Eastern Island, in order to better help the residents of that land be better connected to mainland. Before, only mages powerful enough that had the ability of teleportation could reach the island reliably and quickly since the sea that separates the two bodies of land is in a constant violent state and is impassible by ship. The Cloudrunner travels eastwards on the first and third days of every week and makes the return journey on the second and fourth days. It does not fly on the day of rest, the fifth day.   Whilst the Cloudrunner is mainly used to ferry supplies and goods between the two, one can take the skyship as a passenger if they have enough coin or have a letter of passage from a high ranking individual from either city, typically reserved for diplomats.   The ship itself is roughly the same size as large cargo ship of its seafaring brethren but rather than made of wood, its hull is a light but durable metal that only the Billowblock family know the exact recipe for. The invention of a sky ship brings the opportunity for the invention of sky pirates but the Cloudrunner is well fortified with ballistae should any daring scoundrels try their luck. A huge gemstone sits at the heart of the ship, connected magically to smaller stones placed around the deck. This set up is what allows the ship to fly and is guarded by three mages at all times. The ship does have sails but they are largely for show and are only unfurled if the air currents are in their favour, in which case they do provide a minor boost to speed and stability.

Magically enchanted gemstones and partially the air currents if they are flowing in their favour.

The deck is fitted with several heavy ballistae, which can use standard bolts or harpoons.

The Billowblock family have developed a sturdy yet light metal to build the hull out of. Capable of deflecting bolts and deterring claws and jaws of flying creatures alike. Since the vessel is magically propelled, a skilled archmage is always on hand to defend against any potential magic wielding foe.

Class
The Cloudrunner
Used by
Nickname
Skyship, Skyboat
Manufacturer
Billowblock Inventions
Owning Organization
Billowblock Inventions
Price
30 Gold for one way, 50 for return. A letter from royalty or high ranking military or political figure can be obtained for free passage.
Rarity
There is only one in use currently. A second is in production.
Beam
25
Length
110ft
Speed
Roughly equivalent to 16 knots, a few more if the wind is with them. Much faster and more consistent than its sea cousins.
Complement / Crew
Minumum crew is 30, can require up to 40 or 50 depending on the cargo and number of passengers.
Cargo & Passengers Capacity
Has quarters for twenty passengers. Can carry 100 tonnes of material - less than a seafaring vessel of this size.