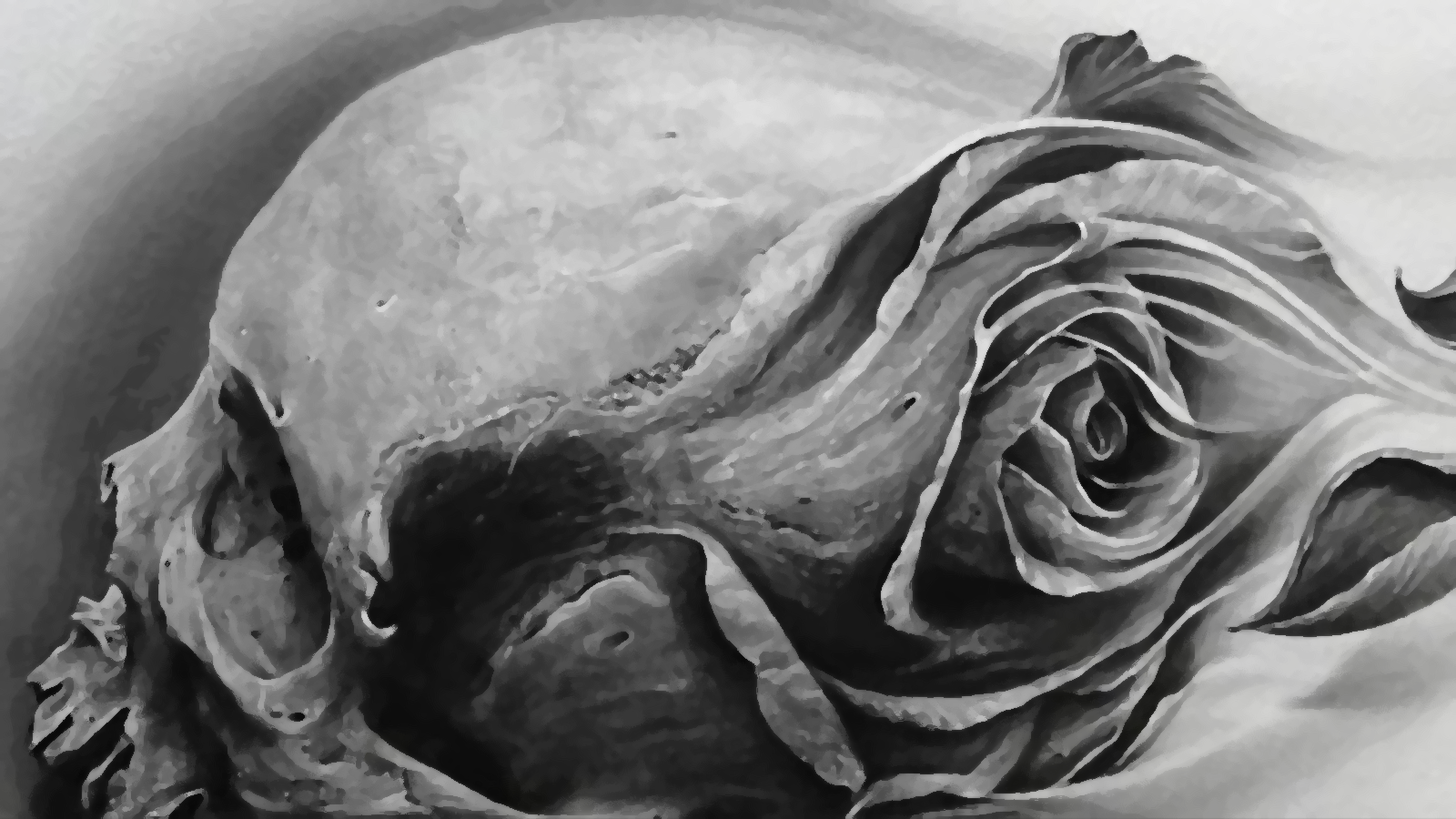 The Ballad of Life and Death

The sun rising on their new world,
Together the patrons of life and death,
The start and the end, bound forever,
Even before man's first breath.

One look, deep in her eyes,
He found all the love he could find.
A love that could last all time,
The light and the dark, entwined.

Far away from fellow gods,
Their meetings at dusk and dawn.
A secret tryst held amongst the stars,
Their time in the world withdrawn.

An important message in the skies,
For the God of Law to bring,
A call to end their saga,
For Death and her Golden King.

A majestic tree, standing proud,
For life, death and all between.
A symbol of everlasting love,
For Lathander and his Raven Queen.

This song refers to the The Tale of Lathander & The Raven Queen.
The Ballad of Life and Death is the oldest known work in the archives, it was written by one of the most highly regarded bards in history, the Half-elf Illidir Vashman. It is typically performed as more like a poem recital to music than sung in full singing voice, though variations do exist that follow different styles and tunes.   It is also the most common piece to be performed by bards across the land, there is nary a soul that has not heard The Ballad of Life and Death, for it is often the first piece taught to aspiring bards in the various colleges of Aldenia.

I like the idea of the God of Life and the Goddess of Death being in love, because a lot of times the deity of life and the deity of death are portrayed as being enemies who are caught in a neverending war.
I also like how there are colleges that teach people how to become bards, instead of "welp you're jobless, go pick up an instrument and teach yourself how to play".

This is a D&D world for me and the Bard Colleges are intrinsic to their class, so I can't claim it was my idea sadly haha. I am deviating from the standard deity lore here, though! Thank you :)

Ahhhh. This was wonderful to read. The imagery was captivating and just the story of opposites attracting is always compelling.

Thank you very much :)

A very nice and easy read, I liked the imagry and the take on the relationships between two iconic character concepts in the current iteration of the genre. An aside though, the color of the text for both the article and the comment are hard to read, the font and background colors blend together.

Yeah, I was disappointed with that when I first clicked on a preview for this article. Can't do anything about that it seems, but there is a dark mode available in the top right, I found. I don't know why the Prose section has a different style to every other template but oh well. Thank you, though :)