Taenya Nailo is one of the founding members of The Archivists Guild. She prefers to specialize in the topics of flora and linguistics, but has experience in all aspects of the organization. The guild had been a dream between her and Arch Archivist Grau Quillblade since Captain Amaya Quickwind returned from her Voyage with the hulls of her ships stuffed with pieces of knowledge as well as relics from all over the world.

Voyages to the Ends of Awldor

Taenya desires to see more voyages like Amaya's in her lifetime, and she has already made a step towards their realization by leading an expedition to each of the four other continents beyond Quassus herself. She brought along a cadre of Archivists on each journey. In 1270AGC she led an expedition to and from the Silva Continent. In 1272AGC, she led an expedition to and from the Planus Continent. In 1274AGC, she led a voyage to and from the Glacialis Continent. Finally, in 1276, she led a brief excursion to the Glacialis Continent. Each expedition sought to build upon or confirm the knowledge brought back by Captain Amaya and crew, though each were highly expensive to the guild (a point that Grau Quillblade never fails make in his private conversations with Taenya). One day, Taenya wishes to embark on a major voyage to all the continents, to see for herself the exact sights Amaya's expedition saw on their voyage.

Sharp with a small nose. Takes good care of her skin.


All artwork is by Starfarertheta unless otherwise stated. 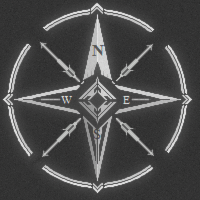