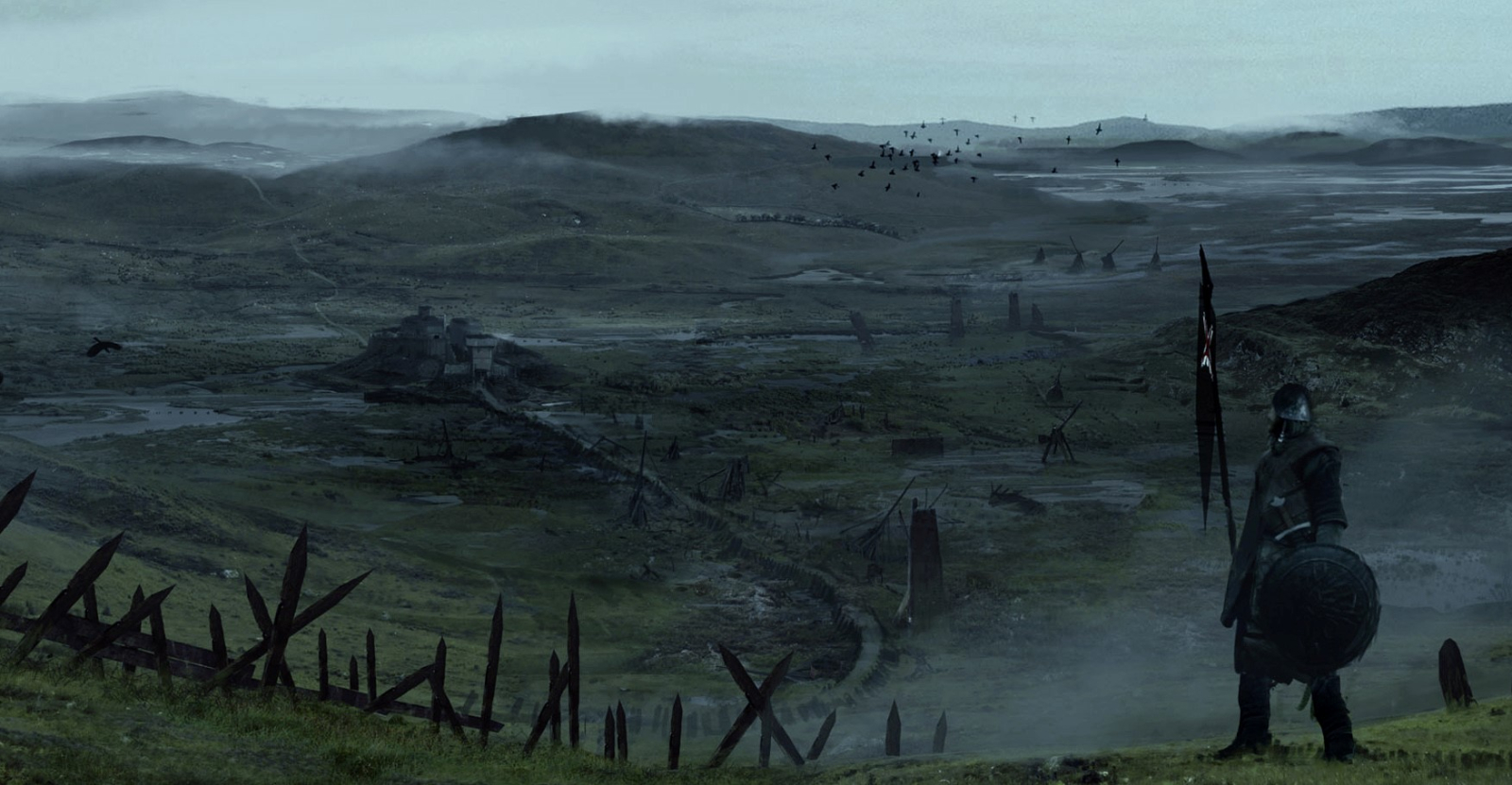 The crow is the only beast well fed in this sodden land of fear and dread. 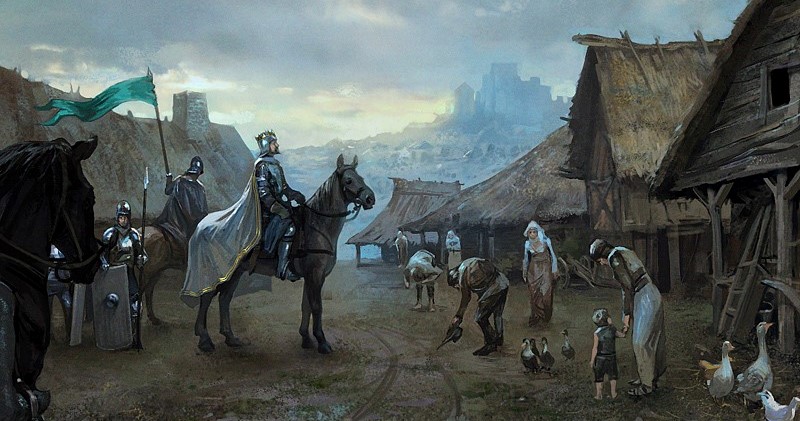 King Gredwalyn I is greeted by the townsfolk of Rôkal.

Rôkal- The capital city and the seat of power. Located on the northern most tip of the Khôldor peninsula.
Ñyrn - A small coastal town southwest of Rôkal, known to be extremely hostile to outsiders.
Aldhelm - An ancient fortified tower, built to mark the border with the Kingdom of Amnor.
Ergoth - A market town in the southeast, home to the Fen Blades a notorious company of brigands & cutthroats.
Mirium- An aging fort on the southern end of the peninsular that overlooks the mouth of the Sea of Three Crowns.

The Kingdom of Khôldor's coat of arms is two grey ornate long swords crossed over each other against a black background and symbolises the Khôldorian fighting spirit. 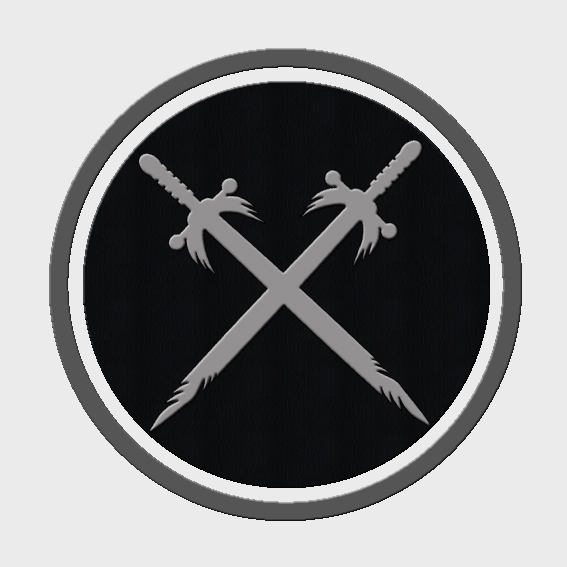