Ardras is owned and operated by Insurgent Owl Productions and the amazing creators on its team.

Welcome hero! Your tale is about to begin.

Venture the vast lands of Ardras, a world shrouded in rich histories and ancient lore. Our story begins in the Era of Dusk, shortly before three brave young men's lives are changed forever. You are among their companions, exploring the deep misty vines of the Meinong Jungle, crossing the dangerous trek through the Drylands, learning ancient mysteries in the forested lands of Lithos, and so much more.

You may choose from any of several races to play your role in this story. The brave and mighty fervorian, made from marbled skin? Or will you be the agile and quick-witted tokage, mercantile lizard peoples from the badlands to the south? Or maybe you are one of the many different varieties of human, the magically skilled Lithosian or the gifted Aristolian craftsman? Or perhaps you hail from the far-off islands of Oceos'lo'kai, freedom bracing the back of your stride? 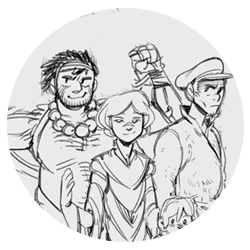 Humans are amongst the most populous and widespread of creatures throughout Ardras. Lithosians are more in tune with magic and nature compared to their Aristolian cousins, who focus more on artisan crafts. To the far east, islander humans known as the Oceos'lo'kaiians venture across the many islands that make up their archipelago nation. 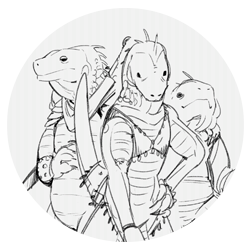 Tokage are indigenous to the savage Drylands to the southwest, though they are mostly known for their itenerant merchants and highly adaptable bodies. Tokage live within ancient clan structures which have survived since early history. The violent activities of the Shihyr Malkron and Vulkra Shuman cast a dark shadow on the kindly and warm-hearted Erenede Persaia, Nebia Mesr, and Niven Assyr clans. Meanwhile, in the shadowed sands, the Ubaid Scyth and Byblosi Archaeum still exist in dark alleyways and dimly lit rooms. 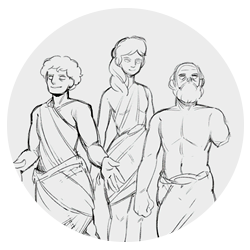 Fervorians live in an iron-clad social heirarchy, ruled over by a stratocratic empire of warring archons. Their militant might is best displayed in their fighting prowess, as any of these marbled-warriors can easily deflect blades with their stone bodies. The noble Goldbloods rule from their heavenly estates within their holy city, while Silverbloods and Copperbloods fight for a place in the world.

Whatever you choose, you bring your peoples customs and values with you, or perhaps you are a wandering rebel who has rejected the norms of your society. Your lives will come to tie in with the fates of these three brave young men, each walking down their own path, will you be an ally? Their enemy? Or perhaps you yourself have a path you must journey through.

Where are you from? 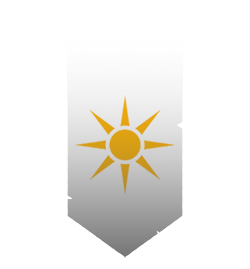 The empire of Aristolia arose from the ashes of the malevolent Empire of Blackhearth. In the wake of its collapse various guilds and organizations, spearheaded by the Merchant's Guild, began reformations to maintain the peace amidst the fallout. With the founding of the Church of Helios, unity amongst the various denizens was finally within the public's grasp. The Trade Princes, five representatives working for both the church and the guild began to direct funds throughout the lands of Aristolia, bringing with them a new wave of prosperity for this global superpower. Aristolia is responsible for most international trade through Ardras. 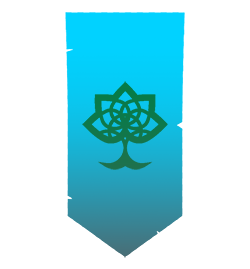 Lithos is a heavily forested land that practices an older, more conservative, religion known as Erudism. Ruled over by lines of kings and nobility, one's family name is important, as all Lithosians trace their ancestry to a time when mankind had considerable power over magic. These days, the noble houses have either died out or given in to corruption, leaving a poor underclass to fend for themselves in the city streets. The practice of magic and use of magical artifacts are important fields of study to the Lithosians, who send their children through a rigorous education system. 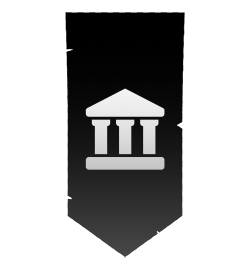 The stratocratic empire of Fervor began as a holy land for the emancipated fervorians who escaped from human enslavement. Founded by the legendary hero Hadan the Warrior Goddess, it stands as a beacon of hope and freedom for all those who live there; as long as you're made of marble that is. Home to the Schools of Hadan which teach the fervorian warrior philosophy, this isolationist nation maintains a strictly controlled flow of trade with outside forces. Between conflict with the dark Xervanosian scourge to the west and resisting collapse from internal strife, this empire has lasted for over two thousand years under the wise leadership of its Archons. 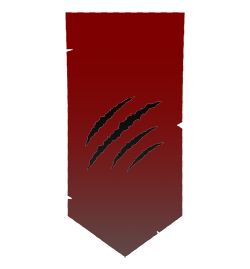 Savagery and cunning are key to surviving the badlands of the tokage people. Continuously shifting power struggles between clans, cults, and outside factions has made the Drylands a dangerous place to live. The Cults of Dragarn maintain subtle influence behind powerful clan lords who rule from their seats of power in Goldhaven. Meanwhile, underworld criminal syndicates such as the Shihyr Malkros influence global trade and illicit markets. The Drylands is a place of slavery, gold, and ancient treasures waiting beneath the deep desert sands. Travel is cautioned and avoidance is advised. 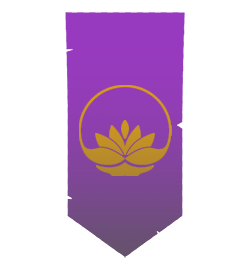 The free-spirited coalition of islander peoples who are said to have come from deep within the Meino'ng Jungle. Their esoteric manner of speech and general eccentricities makes them standout from their mainlander cousins. Most Oceos'lo'kaiians are born in their sacral coastal villages along the eastern shores of Ardras, though they often make for the sea early on in their lives, a spirit of adventure filling their soul. Though it was once known as the mighty La'Taos Confederacy, economic problems has reduced it to a crumbling maritime kingdom of pirates, smugglers, and daredevils.

We are all shaped, in little ways, by the world around us. The things we were taught when we were young lead us into new discoveries in our twilight years. How was the world of Ardras made? Who made it, and what was it made for? Various cultures throughout the land have aspired to answer these questions...

What do you believe in?

Followers of the Church of Helios believe that the savior Helios, the first Trade Prince, founded Aristolia after the fall of Blackhearth. They work hand in hand with the Merchant's Guild for the prosperity and glory of the Aristolian empire to keep citizens safe, happy, and secure. Glory to Helios.

Erudism is an ancient belief system that studies the nature of magic by piecing together the remnants of the Kingdom of First Men. Watched over by the venerable Sages of Verrid, an ancient order of sages, drudic meetings are held in accordance with the seasons and other celestial events for the sharing of knowledge amongst one another.

Much less a religion than a school of philosophy that every fervorian is familiar with. The Schools of Hadan follow the values of freedom, justice, and liberty set out by the legendary hero, Hadan the Warrior Goddess. Each of the three schools are dedicated to the principles of creation, destruction, and balance.

An esoteric religion practiced deep within the Meino'ng Jungle, it is open to any who are curious to learn about "the Light," and deals with matters of perception, cognition, the mind, the body, and the soul. Gurus deep within their temples sit in meditation, occasionally awakening to share divine insight with their shishiyas, the teachers of the faith.

Though now these rites are practiced in secret, the Cults of Dragarn have long held sway over the political landscape of The Drylands through their assocation with powerful dynasties of ancient Tokage clan lords. Ritualistic, cruel, and cunning, the primary element of their rites involve live sacrifices to appease the primordial god of destruction, Dragarn.

Amongst the mariner people groups spread throughout Oceos'lo'kai, the most dominant belief is that of A'nuiism. It is a shamanic belief system in an afterlife known as the Star Ocean where souls go to reside. The oral storytelling traditions of their people go back for centuries, involving stories of clever maidens, brave young men, and an ancient race of supernatural peoples.

The folklore of this religion comes from the superstitious countryside of Lithos, filled with demons and nature spirits. These spirits operated for the queen of the underworld, Shyoji, whose thirst for blood must be sated. In ancient times, these cults maintained the powerful kingdom of Ommyojo, ruling with an iron fist over a terrified population of cultists.

Not everyone wants to get caught up in the many strange and odd beliefs that exist throughout the vast lands of Ardras. Some people just want to start a farm, enjoy an evening with a good book in their lap, and sip a warm tea on the table beside them. Perhaps you are one such person.

The world of Ardras is a world about more than just role-playing, adventures, and storytelling. It is, like many of us, a world struggling to be born. This 10 year long project has gradually been coming to fruition, and it is eager for your engagement. Select a role you'd like to take on, become a part of Ardras, and take part in its creation.

Welcome traveler, to the lands of Ardras! Thanks for contributing and helping make this world more real! Together we shall tear it from abxistence! Once the Lithosian archives have cleared about the clutter we'll need to memorialize your contributions in some way~!
Contribute $1 a month

Hello Representative, we at the Merchant's Guild have eagerly been awaiting your arrival. The exchange of coin is hard work, but you've shown that you are prepared to put in the extra effort. That's good. Praise Helios. Let's work together; your contributions to the Merchant's Guild helps it grow, and all the best merchants show up in all the right places at the right time.
Contribute $10 a month

The Oceos'lo'kaiians believe in the existence of many spirits, forms of passed on relatives and powerful humanoid deities, all of which co-exist within the Star Ocean, the Oceos'lo'kaiian afterlife. This religion of oral storytelling and gatherings of friends and companions makes stories of us all. Pledge this tier and you can become deified as one such spirit yourself.
Contribute $25 a month

A mysterious immortal race of timekeepers and historians, the Essebu exist between the realms of space and time, operating the mechanics of the universe and pondering the meaning of the stars. They've lost much in their war with mankind, and they have reclused themselves to the secret places in the world. Introduction into the Elder Council, their chief body of governance, will allow you to become one such entity, and writ the fates of Ardras's heroes and villains.
Contribute $75 a month

Hello Dawn God, the entity which controls the golden energy. You have successfully built an empire of the mind and look how far you have stridden. Your logos, your icon, your symbol, whatever you may wish to call it, will be on display to be absorbed by the eyes of the people who have engaged in this world. Consider this connecting element the means to which this world came to be. Power is important. We must use it responsibly.
Contribute $100 a month

All content herein is copyright of Insurgent Owl Productions. Distribution of Confidential Material is strictly prohibited.