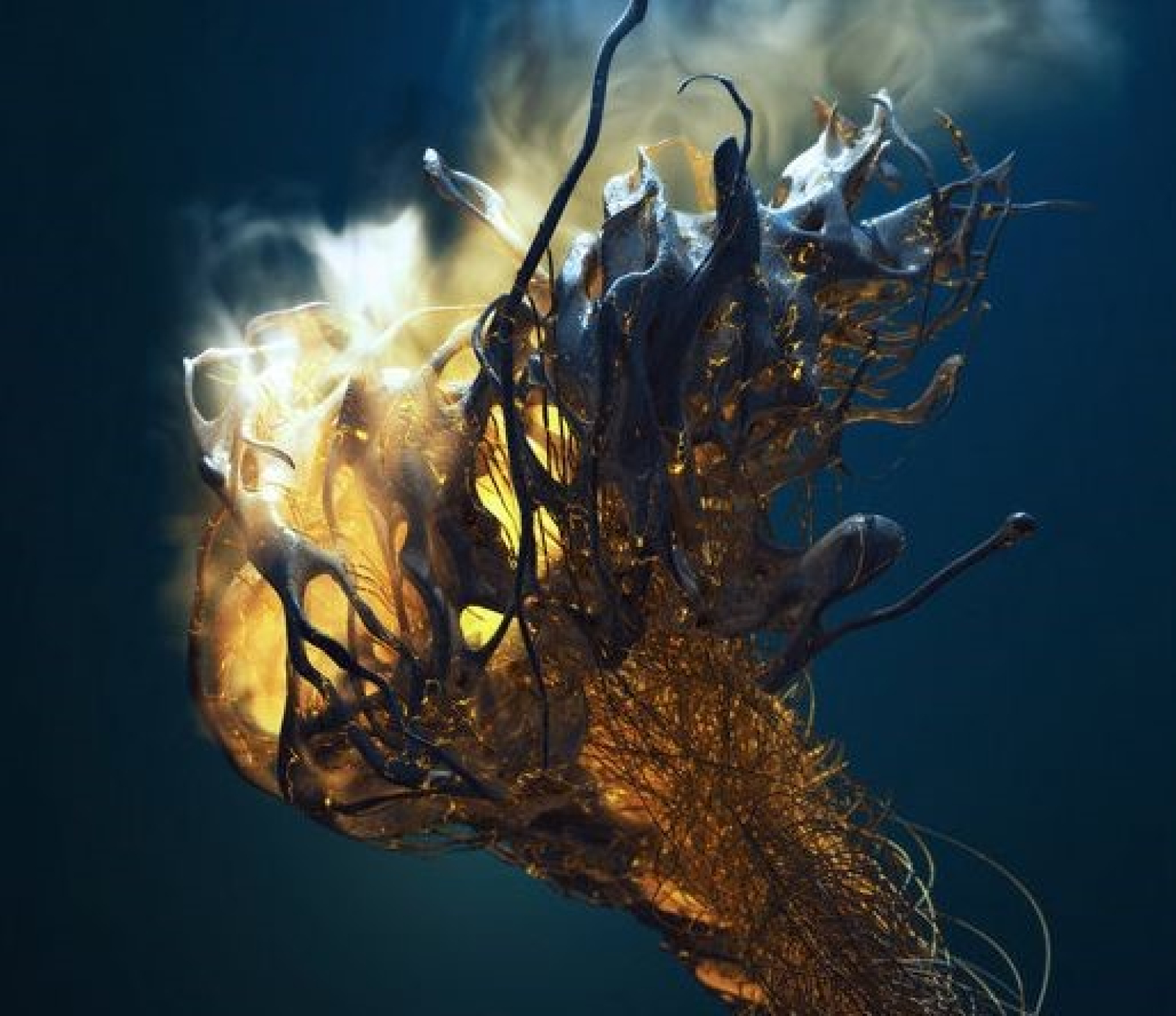 Mold ain't supposed to do that. It's not right.
— Sencha, Blight-Tracker

The Boiling Swamp in Kagarai are home to a fuzzy mold capable of extraordinary spread and regeneration. It feeds on the chemical slurry of the swamp and any corpse that it comes across. It grows and dies quickly, writhing across the swamp in a dance of spawning and decay. Sometimes, the vile mold becomes something else. It begins to move, and hunt.

When Vile Mold becomes a hive, they come together as an amorphous blob of fuzzy grey mold. They sprawl across the surface of the swamp in a undulating mess of tendrils and clumped, knotted collections. Half-digested meals can sometimes be glimpsed moving across the Hive or emerging briefly before disappearing once again. On occasion, it has blotches of colors from chemicals absorbed from the Boiling Swamp or beads of hardened matter stuck in the mass. Hives are difficult to measure, constantly contracting or expending, but most are large enough to engulf a human and heavy enough to pin one down.

Hives sometimes emit fumes, ranging in color from green to sickly yellow. It isn't certain if this gas is a defense mechanism in which the mold rids itself of unwanted toxins, or a way for it to dispose of a digested meal.

Underneath the fuzz, Vile Mold Hives spread a fleshy network of stringy tissue that connect sections to the whole. These strings usually split and connect again, becoming a dense web close to the center while only solitary strands might reach the outer parts of the mass. Such centers can split and migrate across the creature's body at whim and with alacrity. As necessary, the Hive will extend parts of itself to function as limbs, sensors or to keep it away from harm.

If I ever get outsmarted by a bag of rot, I'm retiring.
— Sencha, Blight-Tracker

Vile Mold Hives display a rudimentary predator behavior. It seeks out movement and tries to engulf its prey, killing them by asphyxiation. It crawl into the mouth or nose of its prey, starting the process of feeding from both inside and out. The Hives are always hungry and never cease to move towards the next meal. Should a prey be too large to be rapidly consume, a Hive will sometimes sit on meal until it has been devoured but more often split in two - one hive that continues to feed and one that continues the hunt. 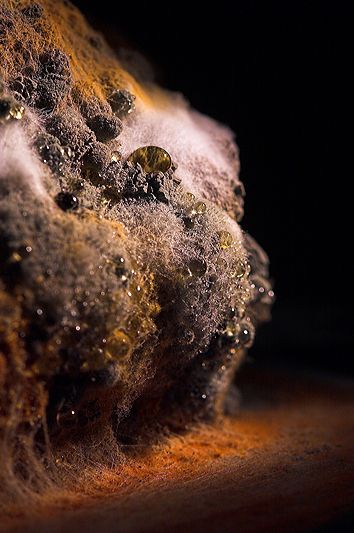 When Hives meet, it is an almost accidental affair. Brushing encounters lead to swabs of mold exchanged, while more direct collision see the two hives merge into one. Such assimilations as brief and the resulting creature continues in search of its next meal. A Hive on the prowl is a tenacious predator. They show no fear of injury, pain or death, never seem to tire or require rest. They burn slowly, but show no aversion to flame.

Very little is known about why the vile mold becomes a Hive. The process seems spontaneous, with mold knitting together to form the sinew-like connections that bind it together. They're equally likely to come apart, splitting into multiple hives at random and merging once more when their paths cross. Some hives stop moving after a time and either atrophy into normal mold or, as some guess, become something else. 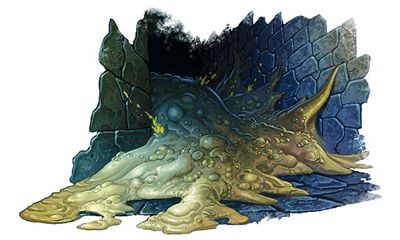 Vile Mold is native to the Boiling Swamp, but explorers have carried spores further afield through accident or infection. Hives have only ever been reported in the Boiling Swamp, leading some scholars to argue that there is something in the primordial stew there that imbues it with sentience. At least one Hive has been successfully extracted from the Swamp and housed in the pit for study. The corrosive, poisonous nature of the Vile Mold makes it a dangerous subject to study.   In the Swamp, the mold is a constant threat to explorers in either form. Far more suffer from infection than from hives, but enough tales have spread to make it an especially dreaded death to suffer. Boats can be toppled over or smashed by Hives, explorers engulfed and devoured. Explorers must be wary not to mistake an approaching hive for a drifting clump of mold. 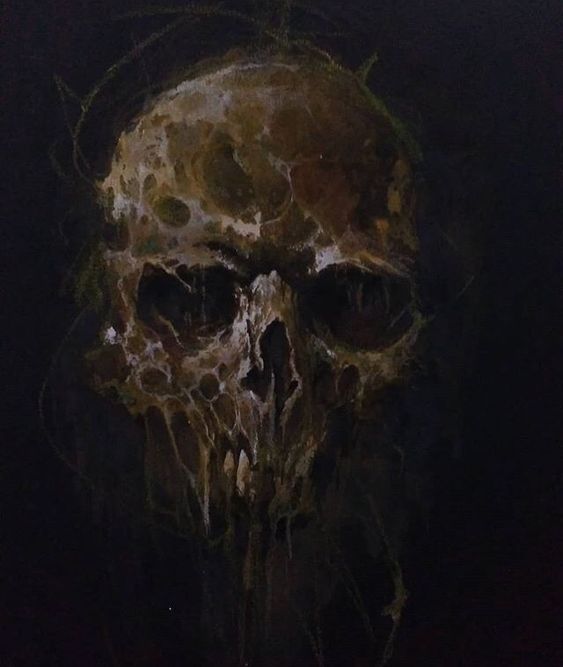 The Surface   Blighted and barren, the Surface of Araea is a hostile and alien world in which mankind are only visitors. There are many ways to die on the Surface, and none of them are pleasant. The beasts here have learned to live in poison and fear neither sword or spear, while continent-spanning storms regularly scour the Surface.   Were it not for the fame and fortune to be found here, mankind would likely never visit.   Read More About The Surface 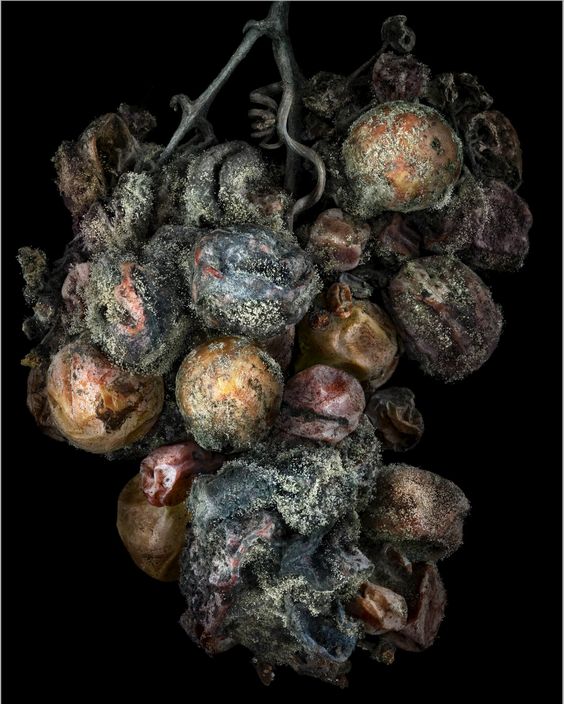 Even when it isn't a moving and hunting mass, Vile Mold is toxic to most beings. Breathing in the flaking mold particles can be enough for a dangerous infection and a hunting Hive can leave parts of itself inside a victim to terrible effect. Cures are complicated matters as the mold already lives in one of the most venomous stew on the Surface.

Expeditions to the Boiling Swamp are rare, and so no one really know how common the Hives are. Some gloomy souls hold that every piece of grey fuzz in the region is all part of some hive or another, but most agree that it must be relatively rare.

Hives are difficult foes to slay, with most strikes doing little more than batting away pieces of fluff. The strand-like connections through the hive is the one weakness that has been successfully exploited. Severing such a strand will cause the disconnected section of the Hive to revert back to the passive state of simple mold and slough off the Hive. 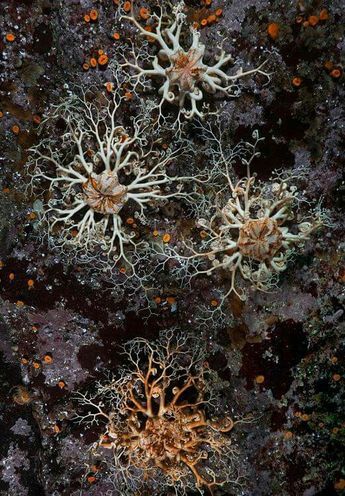 Disgusting and horrifying, I love it. What's the largest kind of Hive that has ever been encountered?

About an elephant-sized terror that ate an entire team of explorers, except for a lone survivor! :D

I love it! If only the evil fungi that I'm planning was at least half as imaginative as yours...

So gross, I love it!