This is my first Badgen. Originally he was a Half-Orc/Badger Barbarian. He took much playtesting to perfect, but I had a lot of fun playing him.

He is a tall badgen with massive build, muscular, with braids and dreadlocks. He wears blue dragon scale armor, dragonskull helmet of the badger lords and dragonfang gauntlets; wields the sword of the badger lords. He made or had commissioned these objects.

When not in combat, he wears clothes that have elements of native american and Celtic tribal style.

His first serious adventure was at age 30, beginning in the Temple of Elemental Evil and almost died here a few times, while playtesting his racial rage (badger) and scent (with Troglodytes around).

Survived the Temple of Elemental Evil

He was almost swallowed by a purple worm (tore its lower jaw off) and a fiendish red dragon/t-rex (broke its jaw), but he killed both. 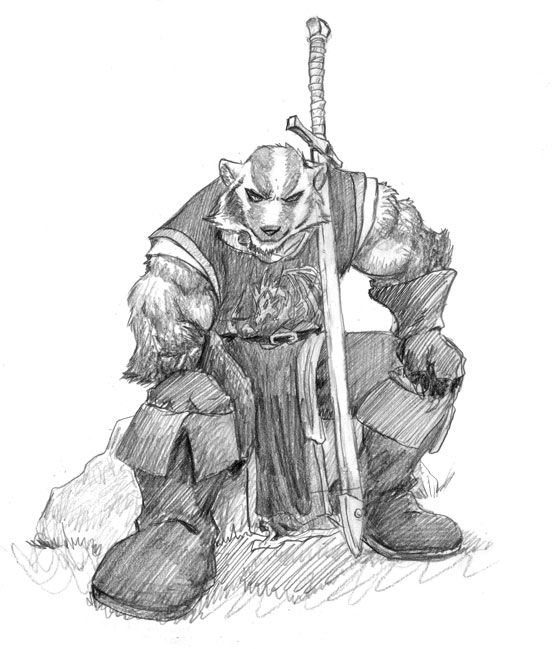