The Civil War of Kastradal

The Kingdom of Kastradal had a difficult position in the political game of the countries of Madovar. Squeezed between the constantly quarreling mainland an a huge monster of a country Aberronia Kastradal had to maintain a delicate balance as to not to become a doormat to its neighbouring big country -and an old enemy-, but that it wouldn't give into the restlessness of the mainland Madovar and be swept into its tangled political conflicts.

For its whole existence, The Kingdom had had to balance around and make difficult decision and compromises. The old noble families in the King's council had slowly started to drift into two different camps during the centuries, but the breaking point came, when the Kingdom was asked for help by its neigbour on the other side, Yasmaria, to aid them in a yet another war. Yasmaria was one of the kingdom's most important allies on the continent, as most of Kastradal's export flowed through yasmarian trade channels. It was the lifeline of the kingdom of Kastradal and hits to the relations between the two countries would have had devastating effect on the export and felt even in the lowest ranks of the society. There wouldn't have been a problem to provide some war support, but then Aberronia got into the picture: The huge old enemy sent a diplomatic note to warn the Kingdom of Kastradal on getting involved with the war, as Aberronia's own client states were on the other side of the war in question than Yasmaria, and Aberronia didn't like the idea of Kastradal arming and supporting its enemies. Aberronia reminded the Kingdom of Kastradal on the fact that the country was the only thing keeping it away from spreading it sphere of influence to the continent, thinly veiling the threat that it would be a child's play to overcome Kastradal and make it a part of its empire.

This caused a political crisis and after several heated arguments even the king Arion Doryphoros couldn't calm down, the council voted on how to approach the difficult situation, but the result was even. The king then casted his vote, as the final vote which would seal the faith of the matter. He decided on siding with Yasmaria and turning against the huge Aberronia, perhaps for heavy personal reasons; the Kingdom had fought Aberronia on-off for centuries and his family and ancestor had suffered a lot on the battlefields. Many good forefather had died to the arrows and blades of the Aberronian army. His pride as the sovereign ruler of the state was the very thing prohibiting him from pending his back again; had they not groveled enough to the leaders of Aberronia?

The king essentially sealed the deal that they would go into war with Aberronia, which ignited the built up tension in the court and a rebellion broke out. The proud royalists against the rebels who wished to side with Aberronia. The Civil war was short and bloody: It only lasted for four years, but the king died in the first one of the conflict, but even that couldn't calm the rebellion which had broken out and it lasted for three more years until the fighting finally ceased. It was followed by four more years of restlessness until the country had a new ruling body. During the rebellion, the old royal family was overthrown and completely annihilated; the crown prince was murdered with his family when they were trying to get to the safety and thus, the line of Doryphoros came to an end.

From the ruins the country rose again; the strongest old families made a coalition and chose a man, Adolar Wistaria to become the leader of their newly found country, named the The Magistrate of Kastradal. Adolar Wistaria, even though a skilled wizard, was thought to be a harmless man who could be easily bossed around by the older families. But it turned out that even though the man had stayed out of the politics and mainly concentrated on his studies, he was surprisingly good in solving internal conflicts and not that easily swayed by rivaling families.

The rebels were supported by the personal levies of the dukes siding with them and as they were usually protecting their lands locally, it turned out to be a good tactic. The upkeep of the royal armies was higher, even though they were more experienced, but as the rebels were able to prolong the conflict, the royalists began to run out of money quickly and the motivation of their men plummeted when they were not paid and not well taken care for. Also, the troops of the king were slowly fragmented and scattered over the years, as they were not made for this kind of warfare.

There were no coherent battlefields, but it was more of a guerrilla warfare against the royal guard and its armies. Some royalists fought valiantly close their own homes and lands until the end. The only more collaborated effort on a full assault by the rebels was the liberation of the capital city Damasta in the end of the war.

Many mages were siding with the rebels at the time, which gave the rebels a good hand against the armies of the royalists. When the new country's name was being decided on, the name 'magistrate' was proposed to revere the mages who too part to the fighting. This option won and the country became to be called The Magistrate of Kastradal.
Start Date
644
Ending Date
648
Conflict Result
The Rebels won and eventually a new country, The Magistrate of Kastradal was founded.

Answering: "a bloody coup, rebellion or uprising in your world's history."
Visit DarkTsuyoi's Competition Page Check all other answers to this prompt Competition Homepage

Altaros is a custom roleplay setting made to work with Dungeons & Dragons 5th Edition by Darktsuyoi and the co-writers. Altaros draws inspiration from many different sources but most of all from Dungeons & Dragons settings and the lore, mainly from Forgotten Realms. Dungeons & Dragons belong to Wizards of the Coast and I claim no ownership of it.
The World of Altaros is a work of fiction. Names, characters, businesses, places, events, locales, and incidents are either the products of the author’s imagination or used in a fictitious manner. Any resemblance to actual persons, living or dead, or actual events is purely coincidental.
Article template
Military Conflict
World
Altaros
Author
DarkTsuyoi
Publication Date
31 Jul, 2021
Creation Date
31 Jul, 2021
Last Update Date
31 Jul, 2021
Visibility
Public
Views
121
Favorites
2
Comments
1

Thank you for submitting on my special category! I really hope you enjoyed taking part in SummerCamp this year. 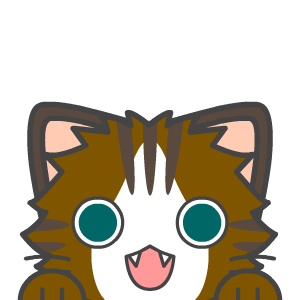 I enjoyed it immensely! I got the right writing gear on and swoosh, now the Summer Camp is over and I feel somewhat empty :( But I can't wait for the Worldember!