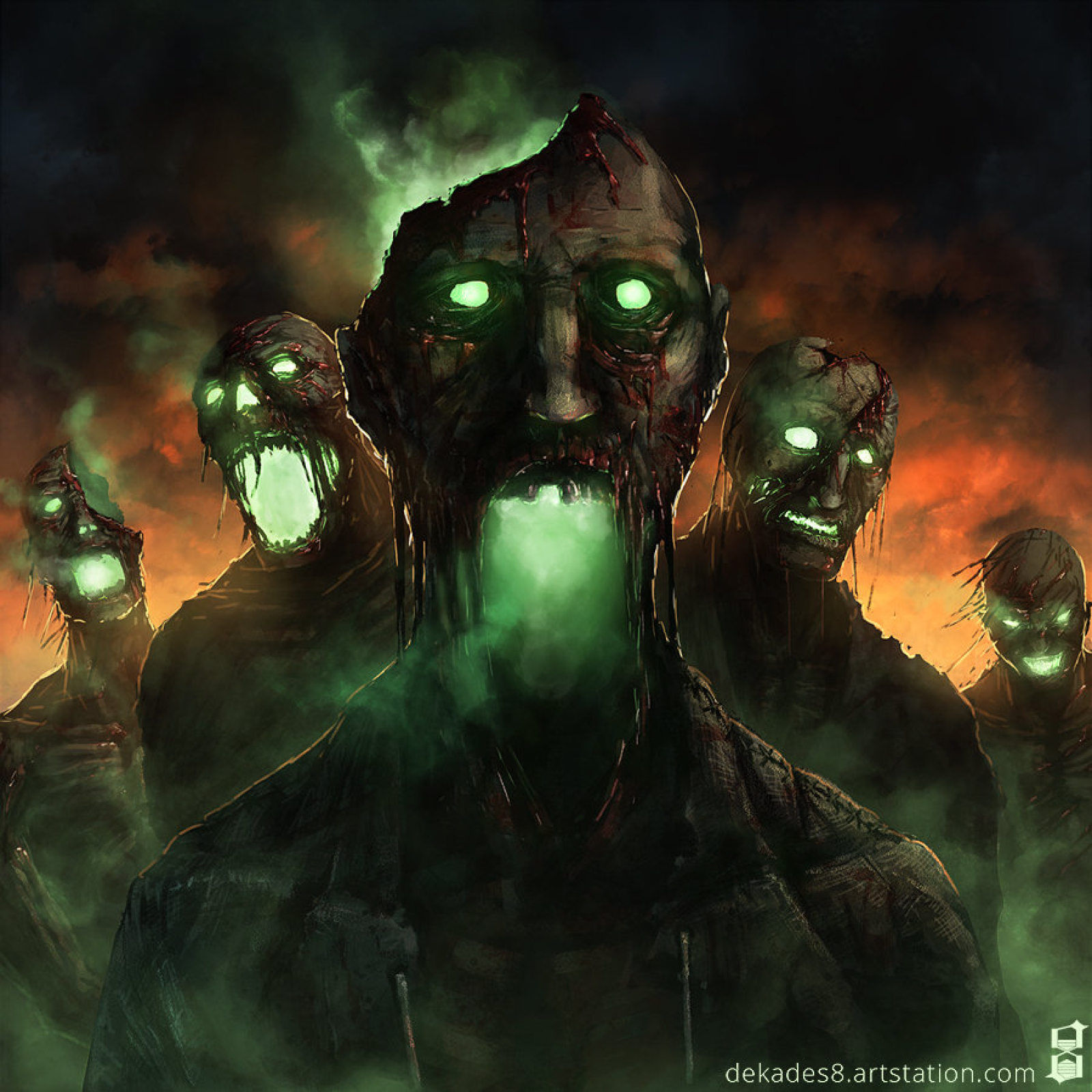 I am afraid there is nothing we can do. No amount of painkillers seems to have any effect. We can only wait...and watch them burn.
— Medicae Kritias of the Ordo Emelia

With a blinding flash of eldritch light, the Brightflame Hour had torn the south apart. Culture and history of hundreds of years gone in seconds. A continent in chaos. But as life in Anidara slowly returned to normal, no one could have guessed that the danger was far from over. That soon, the very air around them would become death. That the same eldritch flame, which had so viciously broken the earth would soon devour their bodies from within.

Some sources claim that a hundred thousand tons of stone were thrown into the skies by the monstrous forces from within. And while that claim is impossible to prove, there is no doubt that the cataclysm threw an enormous amount of material into the air. Ash and dust clouds covered vast parts of Anidara for months and even years in some areas. Certainly damaging to both crops and health, the true danger came from another source, however.   The mines of the Rhodine Reach had housed many minerals and rare earth. Meltil, which, when combined with water, creates an acid that can melt the flesh of one's bones. Kerin, used to remove rust and kill vermin of all kinds. And Rhodine, strange crystals shinning in a sickly, foreign tone of green. A mineral so deadly that a small piece, dusted into the air, could kill hundreds. All of these and more, pulverized by the catastrophe, now rained down upon the fields and cities of Anidara.

Excerpt taken from the Log of Kritias Diones, Medicae of the Ordo Emelia.   ...the last and without a doubt most terrible of all the ailments that have arisen in the aftermath of the Brightflame Hour, is without a doubt what many are already calling Flamelung. A most dreadful of fates to be victim to. After several months of study, I can finally present a most accurate account of the stages its victims go through.     Cause is, without a doubt, the ash, thrown up by the disaster. Chances of "infection" are higher the closer one comes to Ground Zero. As horrifying as the affliction is, as easy is its prevention. Thick cloth bound over nose and mouth to ward off the ash, intense cleansing of the body, upon return home, washing and subsequent burning of any clothes in a sealed room.   Eating food grown from contaminated earth or breathing in ash in faraway regions seems to cause a weaker variant, Scrapelung, which does not seem to be lethal, but still a massive impediment to normal life.

Your majesty, I have to interject. What you propose would cost us millions!
So what? One larger storm and all the contaminated ash could rain down right over our colonies or even the Rhomeian Archipelago itself! I do not care what it costs. Mobilize the army! Strategos Amelius, cleanse that godsforsaken continent until there is not a single corn of ash left!
— Philiperon II., Rhomeian Emperor 3098 - 3145 DA

Toxic Clouds   The Rhodine Reach was home to many kinds of minerals, earths, and salts. Several of which were either dangerous to human health or could create toxic materials, when combined with other elements.   Normally, carefully crafted and tested methods ensured that the mining of said materials would proceed safely. Accidents and consequently deaths happened, but never on a large scale.   Monstrous forces from within the earth had thrown several hundred tons of these into the air, however. Driven by an eastern wind, they had come down again as either ash or rain, both equally poisonous. In total, over three-hundred afflictions have been connected with the aftermath of the Brightflame Hour.

by Gabriel Tanko
Cleaning a Continent   It would take over a year for the ash clouds to finally disperse. Water, from massive reservoirs assumed to be located under the Dawn Wall, had broken into the calderas leftover from the disaster. Fires, which had produced toxic ash endlessly, were finally snuffed out.   What was left were vast stretches of western and central Andidara that had become essentially wastelands, devoid of human or animal life. Ash still covered large swaths of these areas, and a single storm could cause a new catastrophe.   In a monumental effort, man set about to clean a continent. Hectare by hectare, formations moved across the land. Be it, by digging the soil over, collecting the ash and burying it or simply washing it away, slowly but surely the threat was reduced.   Over two centuries later, most of the area is considered livable. Still, disease related to rest contamination in the soil and water, are common. Many stretches of land are still seen as no-go areas.

Remove these ads. Join the Worldbuilders Guild
Aftermath of a Cataclysm

Wow, Flamelung is *brutal*. I really liked the excerpt from the log of Kritias Diones, shows just how terrifying this condition is. And the lesser condition Scrapelung... just the name its self is perfect, just enough info in the name to paint a picture of what it does. Well done!

I feel like this would make a great creepy zombie level if you had an adventuring party delve into an abandoned meltil mine or something. Or maybe that's just the page topper image talking.

Wow, that’s a really horrifyingly deadly disease. Even the less strong variation of it doesn’t sound nice at all.