"You have of course heard about the Grim Gest already – the infamous evil-doers, the legendary and ever-victorious unit under the iron fist of The Winged Helmet. Described as “the slimy military”, the Grim Gest goes the extra mile: It arrests and liquidates the dissenter, patrols the borders of Lordaeron on the other side of the world, requests and breaks the truce in the same breath."-- famous Forsaken High Executor, year 32

The Grim Gest are a mercenary orginasation founded between the Sin'dorei of Silvermoon and the Forsaken of Tirisfal Glades, created in the town of Tranquilien in the Ghostlands. Led by the respected yet intimidating Morsteth Blightreek, the Gest are less-formally known as the 'cleanup crew' of the Horde, and now the Sylvanas Loyalists, due to their habit of taking the jobs none would do because of it either being too dangerous or too reprehensible. Eitherway, they have been known to dabble in magics beyond their power, leaning heavily into the powers of the Void, Shadow and Necromancy - all dark arts known could and would be practised. They would be known to worshipXa'sugoth, the Starbrood in poor secret to their peers.   Many of the Gest's members, including its leader, are not known to be mentally stable, due to being tainted by the corrupting touch of the magic they practise. Many secret, to-the-side missions are undertook by the bloodletters of the Gest - often for their own, power-hungry gain.

The Making of Monsters

As seen from the source above, The Grim Gest would have been created in the town of Tranquilien, as an aid to try and strengthen the bonds even further between the Blood Elves and Forsaken forces. At first, the Grim Gest would have been a less despicable organisation - albeit still shady and mysterious, but their swords would be pledged towards a more benevolent cause.   The 'Gest' gathered members in a strange yet effective manner: They would often recruit members serving lifelong sentences for crimes they had committed, rotting away in jail cells. This method resulted in the Gest becoming somewhat of a motley crew, having a rogue's gallery of strange and wild members each focused on their own gains.   Blightreek's group also became strongly associated with the Forsaken Queensguard, under Phillip Perroy. The Gest and the Rotgarde have continued a strong relationship since the earliest of days -- however strenuous it has gotten in small flashes - namely in the search for the legendary Sword of Orman.   They served the Horde until the end of the Fourth War, when they split off to join the Dark Lady.

The Grim Gest has commited a plethora of horrid acts and played a part in many horrific acts. The most important being after Operation Gargoyle, an orchestrated loyalist attempt to thwart both Alliance and Horde whilst benefitting the Dark Lady. These would be:

Heavy is the Head...

The loyalist forces retreated to Sylvarus to regroup after Operation Gargoyle. It is there, in the Necropolis, where they would spend their time mainly - that or Dernglen. They fought many hard battles to retain their Necropolis, cutting down wave after wave of incurring foes.   Blightreek had found out about a mystical artefact, a Cosmic Crown with many gems, that would promise the wearer unfathomable power and control over the void. These pieces were scattered across Azeroth, and soon, a mad dash across two different globes would start to gather them all. Some were gathered by Horde, others were gathered by Alliance. Ultimately, the Gest managed to obtain all pieces and a grimoire detailing how to use it.   Except one.   Today, they still scour the lands, looking for the unrightful of the piece. 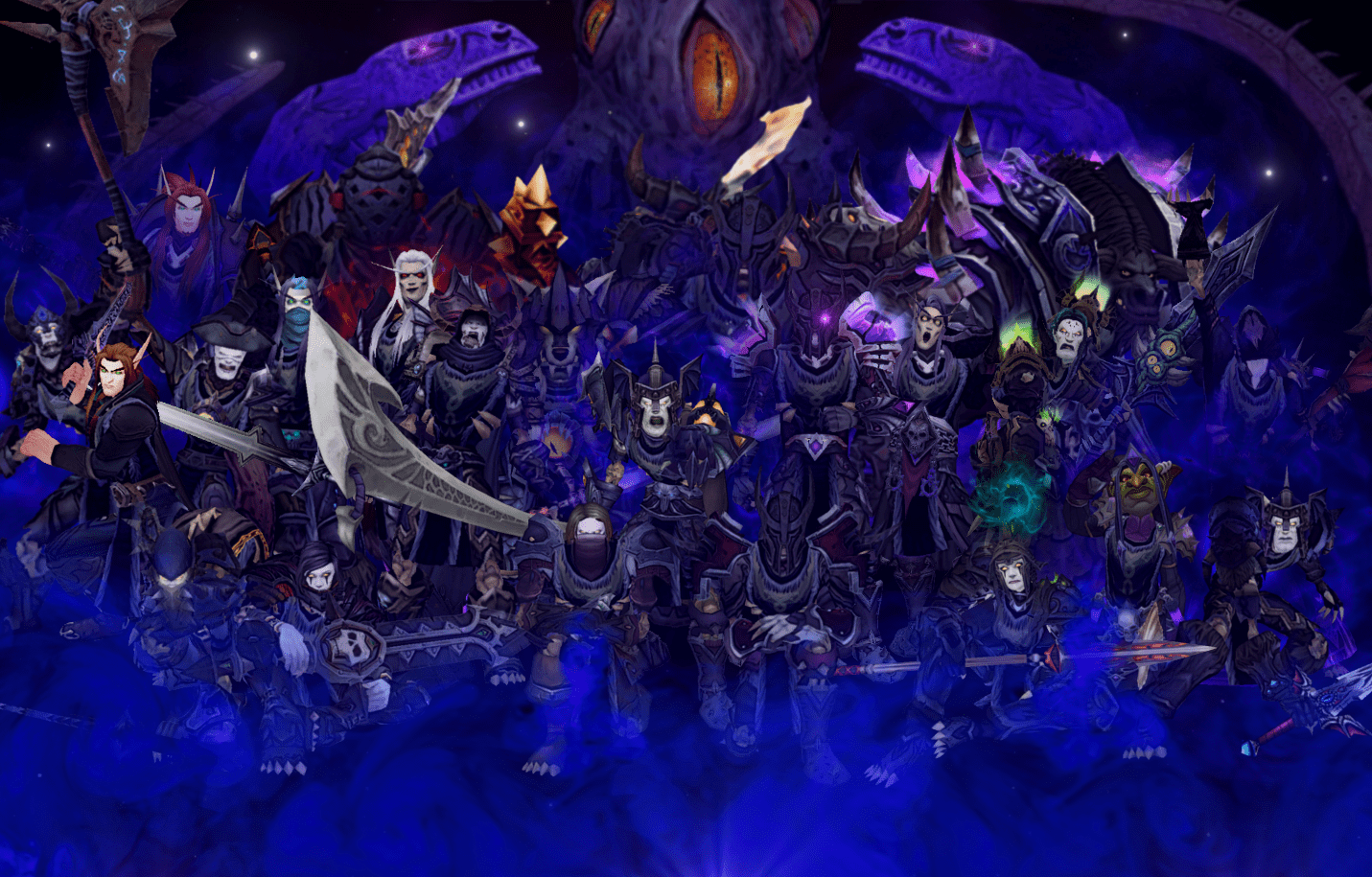 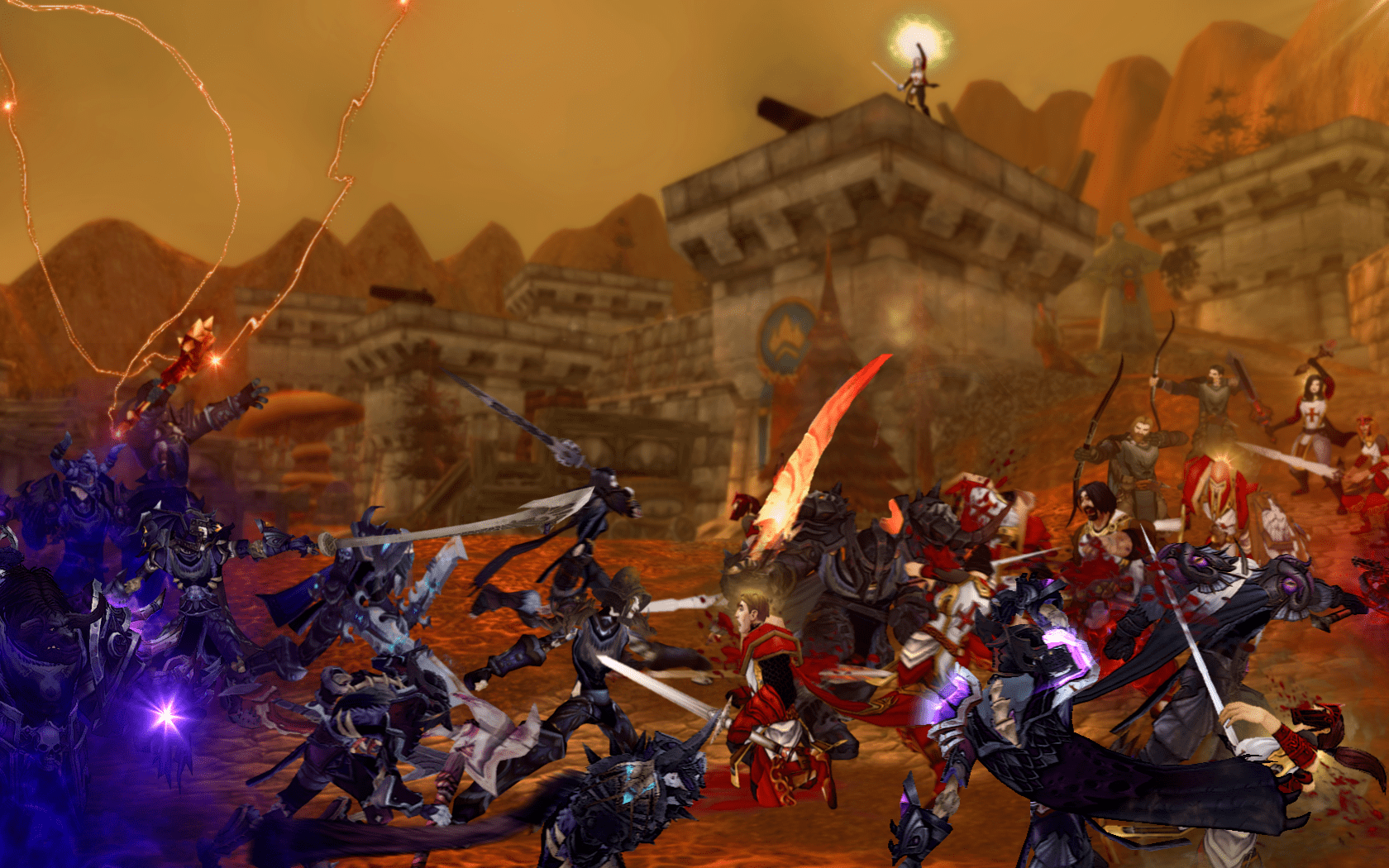 -100
The two sides are in endless conflict with each other.

-75
While cooperating and being on uneasy but friendly terms in the past, today the two groups are hostile to one another as a result of a misunderstanding that brought their pact to an end during the war in Hellfire Peninsula.

-100
Several traitors and enemies of the Stampede dwell in their ranks, and their presence is only tolerated with violence and their death.

-100
The Highblood Myrmidons, frown upon the Gest's practices. Harboring many a San'layn and other risen and corrupted elves and rife with the worship of the hated Void, the Myrmidons are dedicated to eradicating this Loyalist threat at every opportunity.

-100
Void Cultists, Loyalists of the Banshee Queen, and all sorts of other dark, malevolent beings, these individuals are to be slain on sight.

-100
Heretics and loyalists to the Banshee Queen are simply more justified enemies to the Alliance.