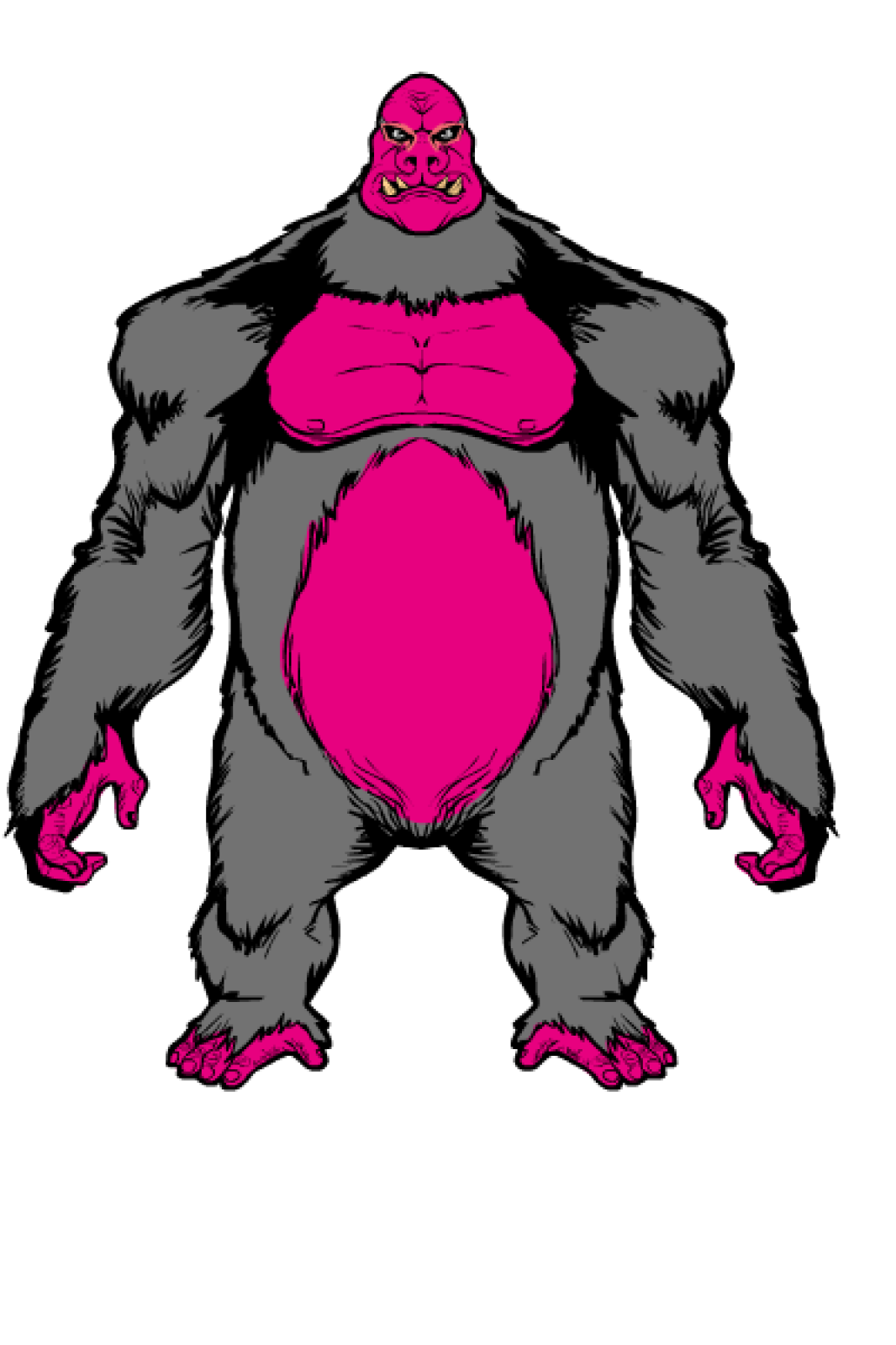 They are a very violent and warlike people, as such many dictators have risen not to lead a crusade against other nations, but to keep their own people in check and focused on some type of advancement long enough to get their people a cultural advantage. Totalitarianism is the only way that these people could be forced to work together.       On there home planet an Heirloom held a virus that when uncovered spread across the world killing off 90% of their population, the last 10% only being strong enough in their natural regeneration ability to adapt, and then gene manipulation to make themselves immune, upon regrouping under there Supreme leaders they were able to set a goal, one that would unite the Kongs they would head for the stars and personally destroy any trace of these Heirlooms and anyone who uses them.   They often employ nukes to do so if their obliteration teams cannot perform the task.     Using gene manipulation they are extremely resistant to Poisons and Disease and anything that does get through is held by their natural regeneration until an immunity can be made usually.

Kongs are the forcibly-evolved descendants of Marsupial/Ape like creatures;Surviving due to their intelligence and predatory cunning. During the experiments, kongs are shown to be mixed in a wide variety of different mammalian genes partially to improve the kong but most are dormant, they can regenerate from most injuries, given enough time, and as long as it isn't critical. they give birth much like mammals. Kongs have belly buttons, reproductive organs, and females of the species even have mammaries, kongs are omnivores, though they maintain a carnivorous love for meat. They are considered one of the most powerful and physically imposing species in the galaxy, and rare Kongs are even capable of growing taller than a Tuleon Warrior. They can naturally breath helium, ammonia, and oxygen, and it is not at all rare for kongs to give themselves additional mutations.

Though highly aggressive the kongs aren’t a full warrior culture, despite specifically designed for it, they have so far earned great distinction as warriors within the ranks of the Concord armed forces and the navy of the system to system conflicts. They are stereotyped as not very bright while on the other hand, they commonly show great intrigue and cunning, especially in battle, and they have even been known to outwit their enemies on occasion, and show great feats of genius when casualties are deemed acceptable. While they are not in war the Dictators keep them in line and their tendencies in check so their civilization as a whole can benefit from the potential each and every Kong has within them. Kongs are a mighty, but rambunctious race, all the while they usually possess a great patriotic fervor for their Concord, Only time will tell how the kongs continue to grow into the Galaxy.

When it comes to spirits, Upon discovery of them, the kong eventually imprisoned them and for their power rather than leaving an invisible presence to most of the populace roam free, those who have make contracts are held in captivity, under the arm of the government as special agents and tools to deal with spirits and other contracted beings specifically.

The Kong Concord has been at odds with the Inheritors and in turn the Zenith itself, as the council has used the Heirlooms and have not had any reason or need to stop.

Kongs really came into their own around the time Tuleons made first contact with humans. Taking to the stars under their Dictator rulers. Under the Title of Concord. Many kongs are willing patriots of the Concord, but they hold the distinction of having more deserters from their homeworld and moons than any other species. Kong immigrants are often accepted into the shady governments, syndicates, Consortium, Technocracy, Hegemony, and Confederations. So far, only the Zenith races refuse to accept them as their willing use of Heirlooms causes much conflict. Uncommonly, though,kongs are still loyal to the Concord, and do whatever they can to help out their people, especially in war. Some bad eggs in the population work as mercenaries or pirates, however, and they are often considered the most outgoing, rambunctious, and disorderly of the species. They are directly ruled by the Concord.

The Kong are hyper lethal and if you have heirlooms you will relinquish them or be attacked.
Lifespan
55 years
Average Height
8 FT males 6 FT females
Average Weight
350 lbs