The Deer Cup is one of the few treasures recovered from the temple at the Temple of Dayr Enmeret . The item was discovered by a group of adventurers from the Adventurers Guild of Aes Duloron. After a substantial reward by the guild authorities, the cup was offered to the Great Temple of Aes Duloron, but the high priest of the temple  gave it to the Sun elf King as a gift. As a result of this, the Deer Cup is stored today at the Tower of Light, the summer residence of the Sun elf monarchs.


The cup is made of Silver but the name of the gods is written in letters made of gold. The bottom of the cup has the shape of a deer, beautifully made. The upper part of the cup is decorated with a relief showing what perhaps is a noble or king making a sacrifice ( in this case a libation of wine, water or milk) in front of a priest mounted on a deer and the statue of the god acompanied of two servants. One is playing a tambourine while the other is knealing and holding a jar.

There is an inscription in classical elvish that says:

"Ylethril, son of Edrasyl, dedicates this cup to the King of Heaven, the eternal light, He that produces the light from which we have our power, our eternal father. May your priest use it in your honor".


The cup seems to have been used either for libations in front of the statue of the god or for  pouring water into the Holy Pool at the entrance of the Royal Chapel (where the light of the sun would reflex). As for its shape, this probably was done on purpose because according to elven mythology, the sun god rides a deer.

If we take into account the art style and the inscription and the letters used, the cup was probably made between 1000 and 500 BP. But deers are not found in Unhellion, and they are not commonly depicted in Sun elf art. So probably the antiquarians that studied the item have the hypothesis that it was a gift donated by an elf pilgrim most probably from what are today the Seris Empire southern Provinces, that, when this cup was made, where still independent. There are reports of elven pilgrims from this area travelling to Unhellion and making offerings at the most important temples to the elven gods, so this cup would be an example of this pilgrims visiting from so far away visiting these temples.
Item type
Jewelry / Valuable 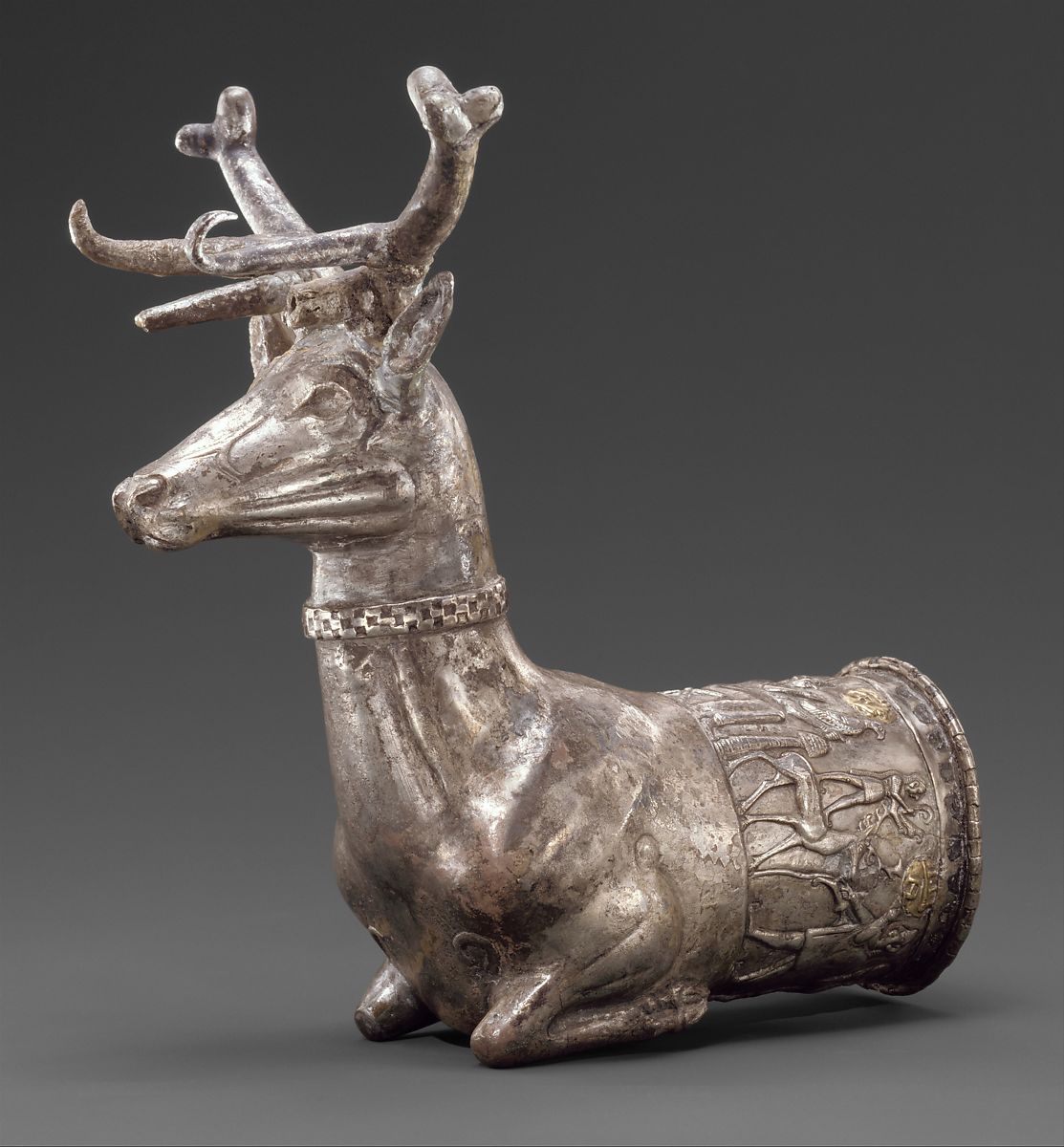 relief at the top of the cup by Metropolitan Museum