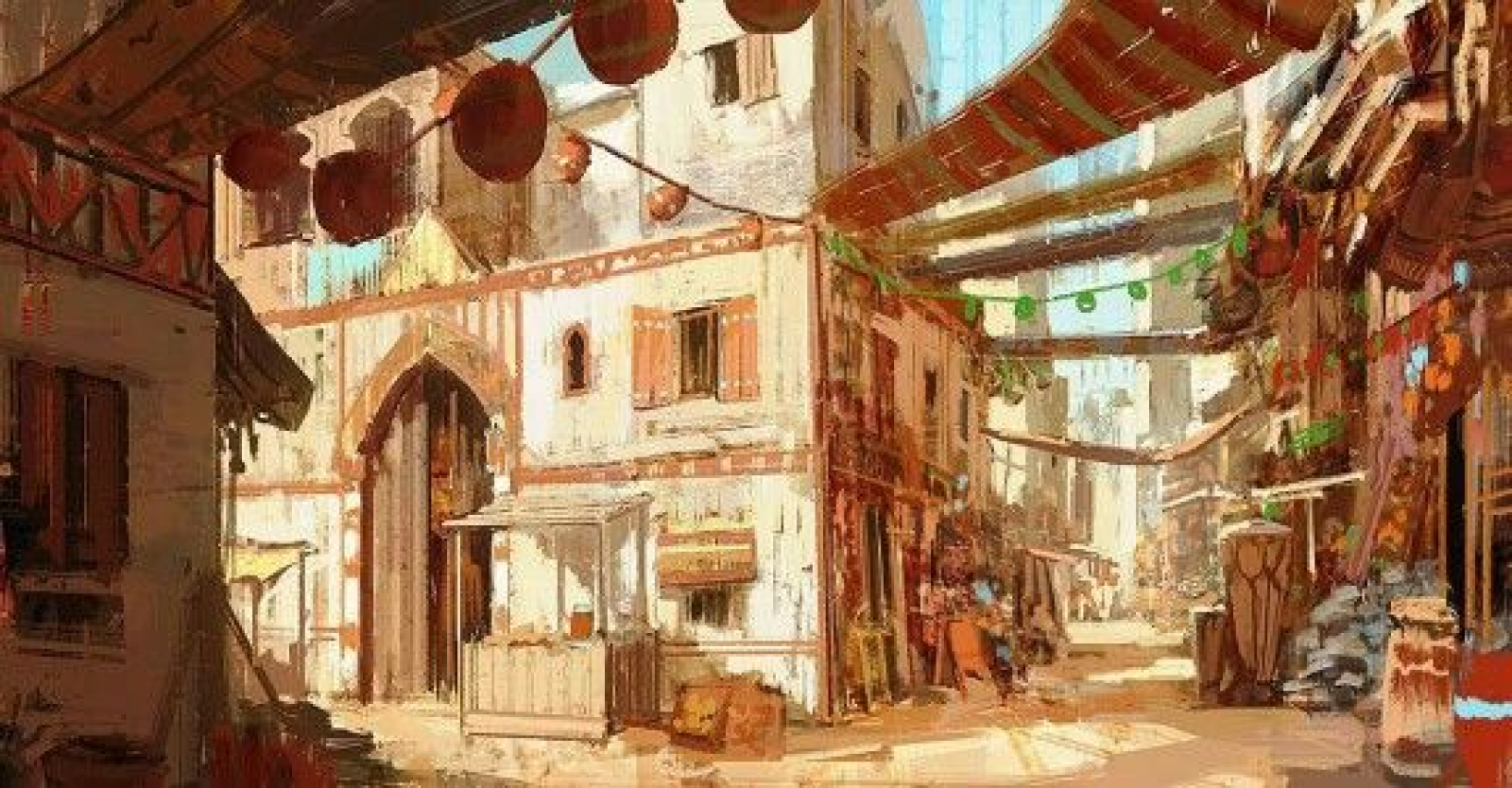 
The Temple of Dayr Enmeret is located in the Kingdom of Unhelion , near the city of Aes Duloron near the so called  Royal Road . The temple is oriented to the west, where the sun rises, so that its beams might enter the Royal Chapel.


The temple façade is composed of two great pylons depicting both the Sun Elf king and the God of the Sun, as well as depictions of lesser gods and magical creatures. Below them is an inscription in a very archaic version of the elven alphabet that narrates the military deeds of the king who built it, Abenauthyn I, during the 3rd dynasty (2500- 2334 BP), and its patronage of the temple and his political achievements. After croosing the great door, there is an hypostile hall with carved columns that depicts various elven myths such as the creation of the world or the creation of elves and humans. After croosing this hall the traveller would arrived at the Royal Chapel, where the statue of the Sun god would be located and where only the king and the priests were allowed to enter ( in contrast with the modern Sun Elf temples) . West and East of this chapel would be located both the treasury of the temple and the rooms for the priests and scribes.


As it was said previously, the temple was built by Abenauthyn I, during the 3rd dynasty, probably around 2415 BP. The temple was dedicated to the Sun God, the most important deity to the Sun elves. We have documents showing that the temple recieved donatives and lands from many Sun Elf Kings from the 3rd to the 8th dynasty (621 BP-51 AP). In 122 AP both a civil war and the advance of the desert caused the temple to be abandoned. Nowadays half of the temple is covered by sand, and the gold from the statue o the Sun God has disappeared, and painting from the reliefs has almost vanished.


Rumors say that the treasure of the temple was buried beneath the Royal Chapel by the priests hoping to recover it if the temple was rebuilt or reopened. Many have tried to find it, but in vain. A local legend also states that the Statue of the Sun God has a clue to where the treasure is located, and also that only those pure and pious would exit the temple alived with the treasure.
RUINED STRUCTURE
122 AP
Founding Date
around 2415 BP
Type
Temple / Church
Owning Organization
Kingdom of Unhelion

Example of one of the inscriptions at the temple


I, Abenauthyn, King of the Elves, King of the River, Rightful Sovereign, Reflection of the Sun, Son of the Sun, Blessed by the Gods of Heaven. I defeated the Menarynn in open battle and take many captives, I made the northern humans beg for mercy.