Coria, the second largest continent of Xiantar is home to many peoples. While this continent is quite a peaceful one it has a very rough history which led to today's borders and nations. Peoples of Coria do proper from the rather peaceful surrounding, they established a coexistence of different folks. The nations have various economic connections between each other. However, there are still some areas that are scarcely travelled, and which might hide undiscovered treasures, culturally or economically. Coria has always been in existence, at least since history can tell. Three main mountain ranges and a diversity of flora and fauna do offer a lot to adventurers and travelers.

Coria is a continent of threes:   The dessert lands of Nialoc as well as the swamps of Gors are small in size but do cause struggles for any people wanting to pass through them. Some brave people even settled there. Through generations, they started to adopt to the hostile environments and formed some visible adjustments (see the nations' description for more details).   A prominent and impressive structure can be found in the south of Coria, the long cliff range of Rhaniad separates the high from the lowlands. Its impressive edges throw a deep shadow over most of Rhaniad. In its midst, a wonderful yet deadly waterfall ensures steady noise which is widely heard. Locals call this waterfall (or, to be precise the cumulation of various waterfalls and steep edges) the Force of Elyd (Elyd being the god of nature and law). 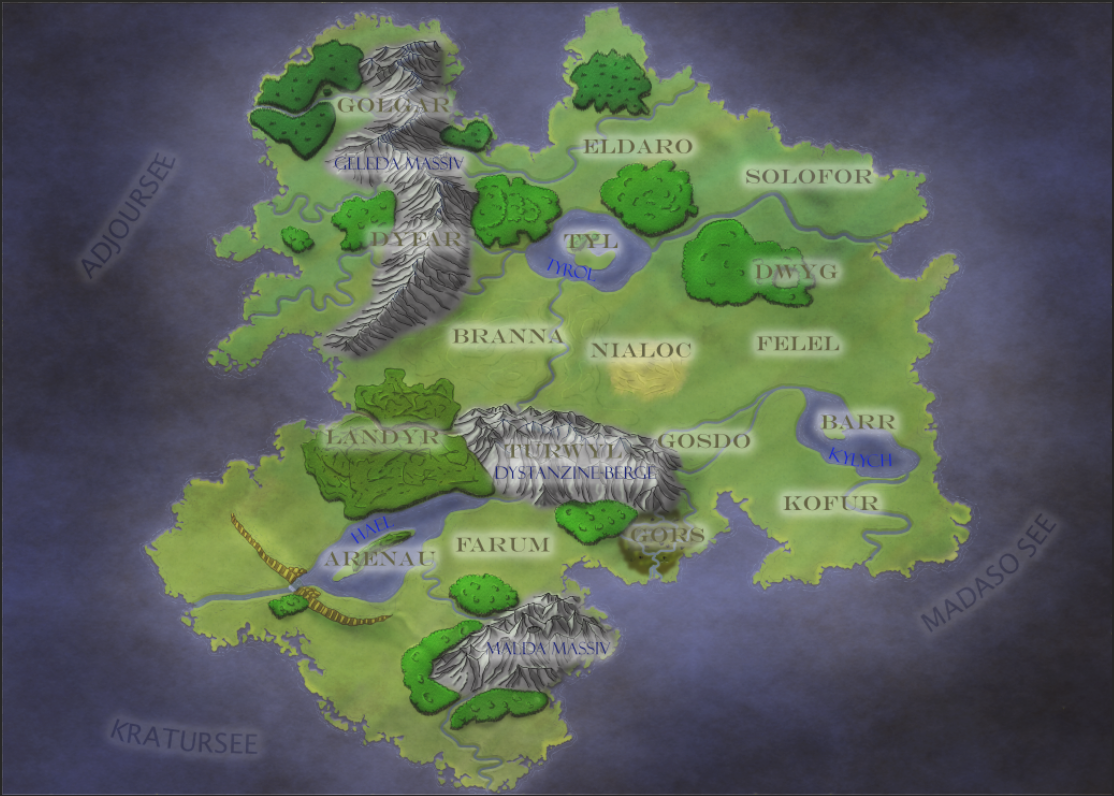