Era of Destinies, Aeon of Savagery

SanctifiedSavage
Kaderyss
Vyril is an old realm, where eras, entire races, and even gods have risen and fallen. The current time is built on the bones and among the ghosts of what came before.   Several continents and hundreds of islands dot the surface of Vyril, where a multitude of kingdoms, nations, and empires have staked some claim to the land. Even more monsters and untamed wilds stretch out between them all. Attempts have been made to map the entirety of Vyril, and no two map is quite the same. Dangerous oceans, wild mountain ranges, and unpredictable magic can make creating something precise almost impossible.   Vyril is a place meant to be as culturally and racially diverse as can be. With aquatic, subterranean, monstrous, and magical peoples of all sorts living beside one another - and the conflicts that creates. The history of Vyril is long, and most forgotten or faded, while the plane continues ever forward in a cycle of growth, destruction, and rebirth. Always changing, with new gods ascending to replace the old, and entire civilizations fading into memory.
Namkural
The large island-plane that is a fractured part of Vyril.
Torresind
The interior of Vyril 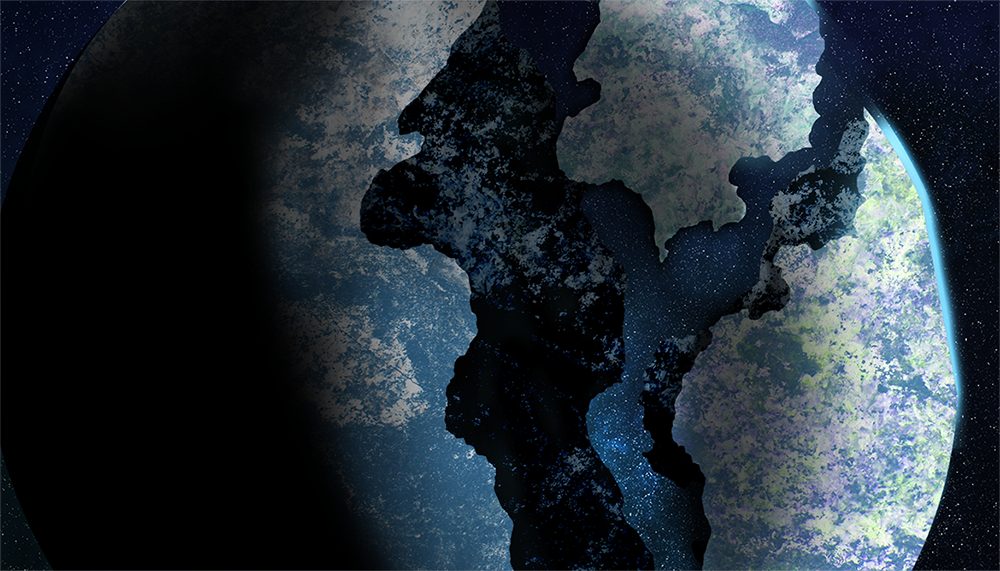 A kind and polite goliath paladin who would die to protect his charge.

A kind but rough Cleric who dedicates her life to bringing joy and good health to those around her.

Generic article | Sep 16, 2020
All content, unless stated otherwise, copyright © 2018-2019 SanctifiedSavage All Rights Reserved. All images are made by Sanctified, unless otherwise specifically stated.