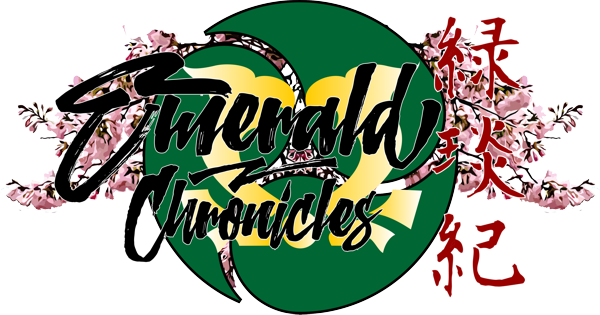 The year is 1126. From the fertile coasts of the Crane to the harsh mountains of the Dragon, from the sacred lands of the Phoenix to the ever besieged lands of the Crab, the Emerald Empire is home to samurai caught in the struggle between duty and desire. Welcome to Rokugan.

You are samurai from across the Empire, united by your shared efforts to uncover the powers behind the instability of Rokugan. Tensions between the clans are flaring to dangerous heights not seen since the early days of the Empire, and someone is stoking the fires. There are few you can trust, no official banner you can unite under, and you must act with care and subtlety lest you alert your enemies. But if you can learn to work together, perhaps the Fortunes will see you through the years to come.

War is coming. You’ll be facing down dangerous criminals, duplicitous samurai, powerful maho-tsukai, and even the armies of your own clans. But perhaps the greatest challenge you’ll have to overcome is reconciling your responsibilities to your lord with the realities of being human. Will you be able to keep your honor intact, or will you be destroyed by the decisions you make?

Legend of the Five Rings is a game that touches on many mature topics such as violence, bigotry, romance, and betrayal. It is expected that characters will have to make difficult choices and may potentially engage with uncomfortable content.   We will endeavor to tag all adventures with trigger warnings so that players are aware of what sensitive content is expected to come up, but it is possible an adventure may take an unexpected turn and something comes up. If at any point you feel uncomfortable, please do not hesitate to say so, either publicly or privately and we will do our best to resolve the scene quickly and discuss your concerns.

More the fool who laughs at children for fearing the shadows.

Looking for Players
View
All content ©2020 VSpace, LLC. All rights reserved. The VSPACE Hexagram Logo ™2020 VSpace, LLC. Individual campaign articles are copyright by their authors, used here with permission. Additional images used via Creative Commons licenses as attributed in image descriptions. VSpace, LLC is not partnered with, affiliated with, or endorsed by | Fantasy Flight Games | Asmodee North America | Edge Studios | Star Wars | Lucasfilm LTD | Paizo, Inc. | or The Walt Disney Company | and does not necessarily reflect the views or opinions of any copyright holders or their affiliates or any of their affiliates, and no warranty expressed or implied is made regarding the accuracy, adequacy, completeness, legality, reliability or usefulness of any information. https://www.vspacegaming.com