Once a field medic within the Sparnell Armed Forces, then a prominent figure within the Baden underground assisting deserting conscripts in their efforts to hide from the reach of the Sparnell Confederation, Harbia largely disappeared from the public eye after their murder. Reappearing briefly to assist the leadership of the Turncoat Armada in undoing mental traumas imposed upon them by the Psychomorphic mage Admiral Kydell, few recognize the raw power wielded by the deceased empath or the true nature of their influence over the Mordena mercenaries.

Feels obtained extensive training in Curative Magic as part of their instruction to become a field medic in the Sparnell Armed Forces. A natural-born empath, like much of their family, the kindhearted fae also received extensive home schooling in empathic Psychometry and mind-altering Psychomorphation, with the standard cautions to only use these skills to help heal and not manipulate others.

Harbia was conscripted as an underappreciated field medic within the Sparnell Armed Forces, rising to the rank of First Petty Officer where they were assigned as the attending healer for those undertaking the Soul Oath. It was here they met the intense Void Mage necromancer who would one day become Shane Lawrence, nicknaming him "Grim" in exchange for the originally-mocking moniker "Feels."   The pair eventually forged a friendship which reassigned Feels as personal medic to the rising star, propelling them to the rank of Senior Sub-Officer in Grim's wake.

"But I thought you were a field medic?" Jake was invested in the story now.   Medic. Empath. You'd be surprised how often those two are actually the same thing. Feels beamed with pride. He managed to have me reassigned as his personal healer. Had to fight when they tried to separate us the first few deployments, but Void Necromancers have a certain level of clout regardless of rank and Grim never took no for an answer.
— Mordena Dawn, Book 1: In Spite of the Inevitable

Leaving the service at their first opportunity but unable to convince the vengeful Grim to join them, Harbia left Confederation space to build an empire of their own within the Baden underground. Disheartened and frustrated by their observations of many of the manipulations and abuses heaped upon their fellow enlisted within the SAF by the very leadership swearing to care for them, Feels focused their efforts on the most useful skills for helping Confederation deserters. As a result Feels became the top expert on Baden for money laundering, fake IDs, telepathic language dictionaries, and high quality Reconstruction Clones by the time of their murder.

When Grim arrived on their doorstep with his son Jake requesting their help in forging a new life away from the Confederation's shadow Feels was overjoyed, seeing in their old friend the opportunity to not just reforge their friendship but potentially pursue their dreams of a more committed relationship with the Void Necromancer. Feels poured their heart into the highly customized Reconstruction Clone to meet Grim's specifications, also providing the pair with additional languages and falsified papers renaming the famed Grim to the unassuming and unknown Shane Lawrence.   In return Grim murdered them, binding their soul within his Locket even as he Shattered their technicians to ensure his new identity remained secret. Feels spent the next two years imprisoned within the necklace, utilizing the locket's mechanisms to torment Grim for his betrayal and yet still managing to resist the temptation to use their own magic against him, heeding their parents warnings on the use of Psychomorphation.   But as a natural born empath Feels was not immune to the emotions of their captor. Recognizing the remorse and guilt weighing down their former friend Feels eventually extended an opportunity for redemption. The necromancer eagerly accepted, even going so far as to take an Oath eternally pledging his soul to the empath and offering to resurrect them. Feels declined, choosing instead to remain within the locket provided the bindings were adjusted to permit them to come and go as they pleased.

"I'll get you a mortal body. When this is all over," Grim promised.   I've been thinking about that... That's not what I want. I want to stay with you. Feels felt Grim's surprise and sent confidence and laughter in return. I've seen the trouble you cause by yourself. Can't leave you alone for a second.   "That... makes this easier to ask." They felt Grim rub the locket, his grip tight, his emotions shifting to a roiling cloud of worry and nervousness. "I want to take the Oath. To you."   Feels froze. Grim's request was unexpected, although far from unwelcome. Ever since the early days, when Grim had approached them and earnestly asked what they meant by friendship, Feels had wondered what it would be like to have more. To mean more to the fierce orange eyed fury that was Grim. Sometimes they caught flashes of the possibility, gone so quickly Feels wondered if the feelings were imagined.   They tried to keep their tone calm, and hoped they'd successfully suppressed their sudden desire from transmitting through their words. Where I come from, that's a marriage proposal.
— Mordena Dawn, Book 1: In Spite of the Inevitable

Feels prefers to maintain a private Afterlife, focusing their attention on their partner Shane "Grim" Lawrence and his son Jake Cartwright Lawrence. Shane is respectfully possessive, eager to fulfill Feels' every request but quick to hide them from the prying eyes of the universe and hoard their attention to himself if left to his own devices, an arrangement Feels has found oddly satisfying and endearing.   While Shane is widely recognized as a magically and politically powerful Void Necromancer, few realize the impact of Feels' skills in Curative Magic and Psychometry upon his capabilities. Shane has also granted the empathic fae full rights to his mind, their careful Psychomorphation assisting in his recovery from the violent conditioning of his former superior officer, Admiral Kydell, during his time in the SAF. The true nature of their relationship with Shane and Jake remains secret outside of the members of The Inner Bastion. As a private individual, and one of the few weaknesses of the Mordena's fearsome founder, Feels has agreed this is for the best.   Feels still maintains a large amount of influence over the Mordena due to their influence over Shane, and remains a well regarded figure among its members as a result of their massive efforts healing the minds of the Turncoat Armada, despite their disappearance from the public eye soon thereafter. The Mordena Security Council also relies heavily upon the foundation they laid upon their experience and former contacts within the Baden underground.

Harbia has amassed a small but respectable fortune divided into various accounts throughout Baden and various other Freeholds, courtesy of their time as a major figure within the Baden underground. As they were listed as next of kin of Shane Lawrence's former identity they also inherited a sizeable sum upon Shane's supposed destruction, although Shane himself squandered much of this shortly afterward as a result of the same inexperience handling finances which led to his sizeable savings in the first place.   Feels wisely refuses to permit Shane access to the bulk of their remaining funds.

Focusing his thoughts on loneliness and need Shane stepped away from the others, turning his attention to the sudden warmth in his chest as Feels settled into the locket. He let out a soft growl of affection. "Missed you."   Then you shouldn't have asked me to stay behind, Grim. The words held a stern tenderness. If you've already managed to break this body of yours after I spent all morning fixing it I swear to everything you hold dear I will never let you leave the house again.
— Mordena Dawn, Book 2: Spirits of the Relentless 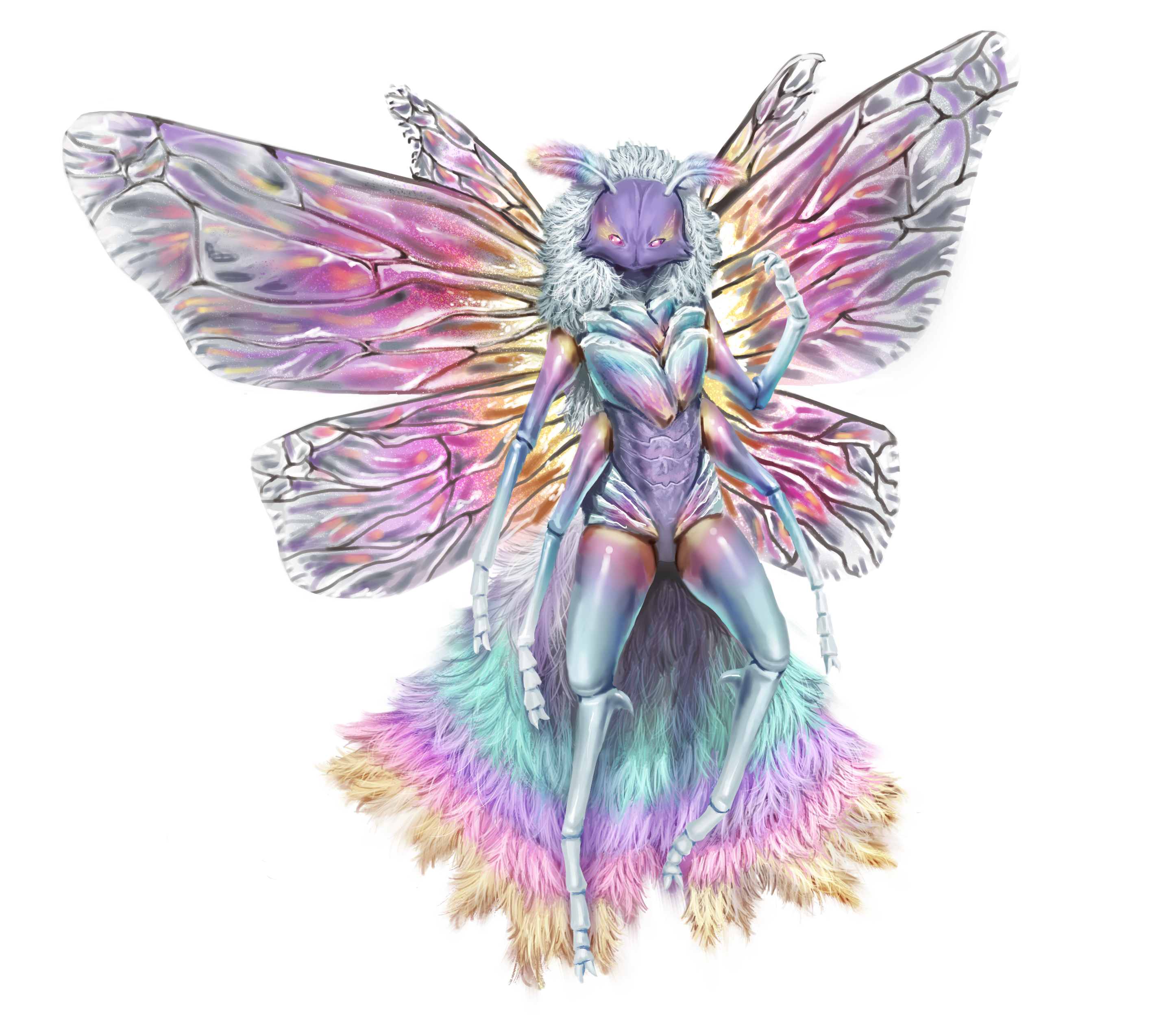 Enigmatic founder of the Mordena mercenaries, Shane Lawrence has carefully constructed his reputation as a ruthless tactician who will allow nothing to stand between his people and their goals.

Answering: "a renowned pirate, highwayman or other criminal"
Visit SolarCat02's Competition Page Check all other answers to this prompt Competition Homepage

Aaaaaa I LOVE THEM <3

'Feels wisely refuses to permit Shane access to the bulk of their remaining funds.' Lol.   I LOVE THEM. <3

There are certainly some lifestyle choices necessary for surviving a partnership with Shane. I'm not sure anyone else would survive him. Technically Feels didn't either. :x Heh.