Your skills in Elemental Magic notwithstanding, it has become clear you are having difficulty finding your place within our ranks. You have talent, and we cannot in good conscience permit you to waste it. It is therefore with great pride we recognize you today as Third Petty Officer Kane Razick of the Great Sparnell Armed Forces, in conscripted service to Admiral Kydell. May your accomplishments bring glory to us all.
— Sparnell Fleet Command

Admiral Kydell remains a shining example of what one can achieve within the Sparnell Armed Forces should one strive hard enough for success. His skillful work to help the more rebellious conscripts find their own niche within the SAF war machine has earned him particular favor within Sparnell Fleet Command, helping propel his career until he, too, was able to join their ranks. His disappearance at the Battle for Baden is deeply mourned.

Admiral Kydell has developed a powerful mastery of Psychomorphation, allowing him to subtly alter the emotions of others and their memories attached to those emotions. Originally intended as a psychological therapy, Kydell has twisted the ability into a weapon, manipulating others through repeated use of his magic until his smaller alterations stack into large scale conditioning to ensure his power over his targets remains absolute.   He refers to those controlled in this manner as his Collection.

The Admiral prefers to wear his SAF Dress Uniform whenever possible, recognizing the effect it has upon others in earning their immediate respect. His collection of medals represents both his own achievements as well as those most notable among his subordinates, as is the tradition within the Sparnell Armed Forces, while his white fur and golden eyes remain striking against the gold trimmed white of the uniform jacket.   He typically carries a small laser pistol, which he keeps in a holster or discreetly tucked into his pocket. The weapon is low powered, more often used to incapacitate rather than kill, as his Psychomorphation has proven quite effective at turning enemy to ally once their defenses have been sufficiently weakened.

Kydell's aspirations of greatness include amassing more power within the Sparnell Confederation. As Empress Rakethorne shows no signs of weakness or stepping down from leadership of the Confederation, this translates into building greater power within the Sparnell Armed Forces.   Kydell dreams of eventual promotion to Fleet Admiral, gaining control over Sparnell Fleet Command and the entire SAF as well as access to the upper echelons of the Confederation, but recognizes the climb higher than his position as Admiral is a careful game of patience and politics.

The Admiral adapts his grooming to best serve his present needs. As a result he typically keeps his fur less than meticulous when dealing with subordinates or potential threats, in an effort to appear less threatening and sometimes even adorable in the hope others will lower their guard around him. In meetings with superiors on the other hand, he ensures he appears as a model of perfect military efficiency and grooming.   In all cases he files his claws, maintaining a sharp point on each finger to guarantee he is never unarmed.

Rather than seeking friends or allies, the white wolf views others as useful marks or prized tools for furthering his own ends. The approach he takes when cultivating someone depends upon their personal power in relation to his own.

Admiral Kydell has mastered the political games of the Sparnell Confederation and the SAF, quickly earning favor and prestige to gain a seat within the Sparnell Fleet Command and climb to the rank of Admiral. He remains well regarded by his superiors to this day, particularly for his expertise with those more difficult to manage within the SAF ranks.

Kydell fosters a reputation as a rehabilitator, capable of shaping even the most troublesome of talents within the Sparnell Armed Forces into an enviable expert in their field. For this reason he is often assigned the more rebellious elements within the conscripted ranks, in addition to the standard assignments of fresh recruits.

I'm always seeking talented individuals to mentor. With my vast resources, I could help you reach your peak potential.
— Admiral Kydell

Far from being a mark of dishonor, those accepted into the fleet by Kydell are held in high regard due to the Admiral's high capability requirements and his track record mentoring some of the most recognizable and effective heroes and officers within the SAF, most notably Admiral Renkash. Those who fail to meet his standards are sent to more civilian-type roles in support of Kydell's fleet for the duration of their conscription, in accordance with what little talents he determines they possess.

The Admiral holds no interest in civilian affairs, believing them to be of secondary concern outside of their direct benefits for the military. Those civilians more involved in tracking military affairs and favorable towards the Sparnelli cause recognize Admiral Kydell as a talented and decorated war hero.

His work is his life. If Kydell were said to have any pets or hobbies it would be his favorite talents within his Collection. He spends a great deal of time and effort fostering their careers and development, honing their minds through training and Psychomorphation spells, in turn gaining additional recognition and accolades for his efforts to ensure their successes.

Everyone makes mistakes. Join me, and I won't hold this one against you. It's the only way you'll survive this.
— Admiral Kydell

Even in the face of adversity Admiral Kydell typically maintains a calm outward demeanor, rarely broken to reveal his true emotions underneath. To most subordinates, particularly those he targets for his Collection, he plays the role of a proud and patient parent eager to help them succeed. This is the side of Kydell most within his command see, even those lacking the talents to draw the attention of his mind altering magics. He maintains this facade, even with those thoroughly entangled within his control, and especially in public.   He takes a similar stance with those higher in his chain of command, instead adopting the role of a subordinate eager to please and confident in his abilities to do so. His record speaks for itself, and so most take his behavior at face value.   With subordinates and other targets who fight against his Psychomorphation efforts, or those he deems as worthless or inept and therefore unworthy of a place within his command, Kydell is not above taunts or insults. Even here he maintains his air of authority, always ensuring that any who witness his verbal attacks will blame the victim of the tirade for bringing the Admiral's wrath upon themselves. This also helps to keep those within his command in line, as most do not want to be labeled a troublemaker.

Alive or dead, they always talk in the end. Unfortunately for you, I've decided that dead will be sufficient in your case.
— Admiral Kydell 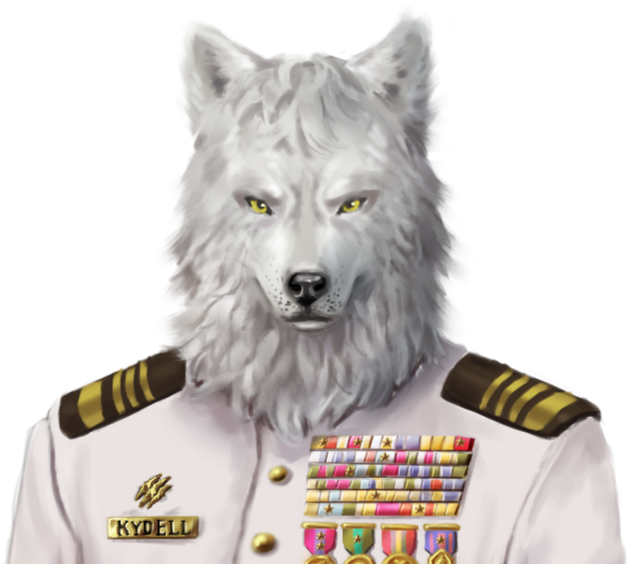 How lovely! You'll make a fine addition to my Collection.
— Admiral Kydell

You don't want to fight me. Deep down, you already know the truth. You need me. You know I can mold you into something far greater than yourself. Surrender your mind to me. Together we will achieve more than you can even imagine.
— Admiral Kydell 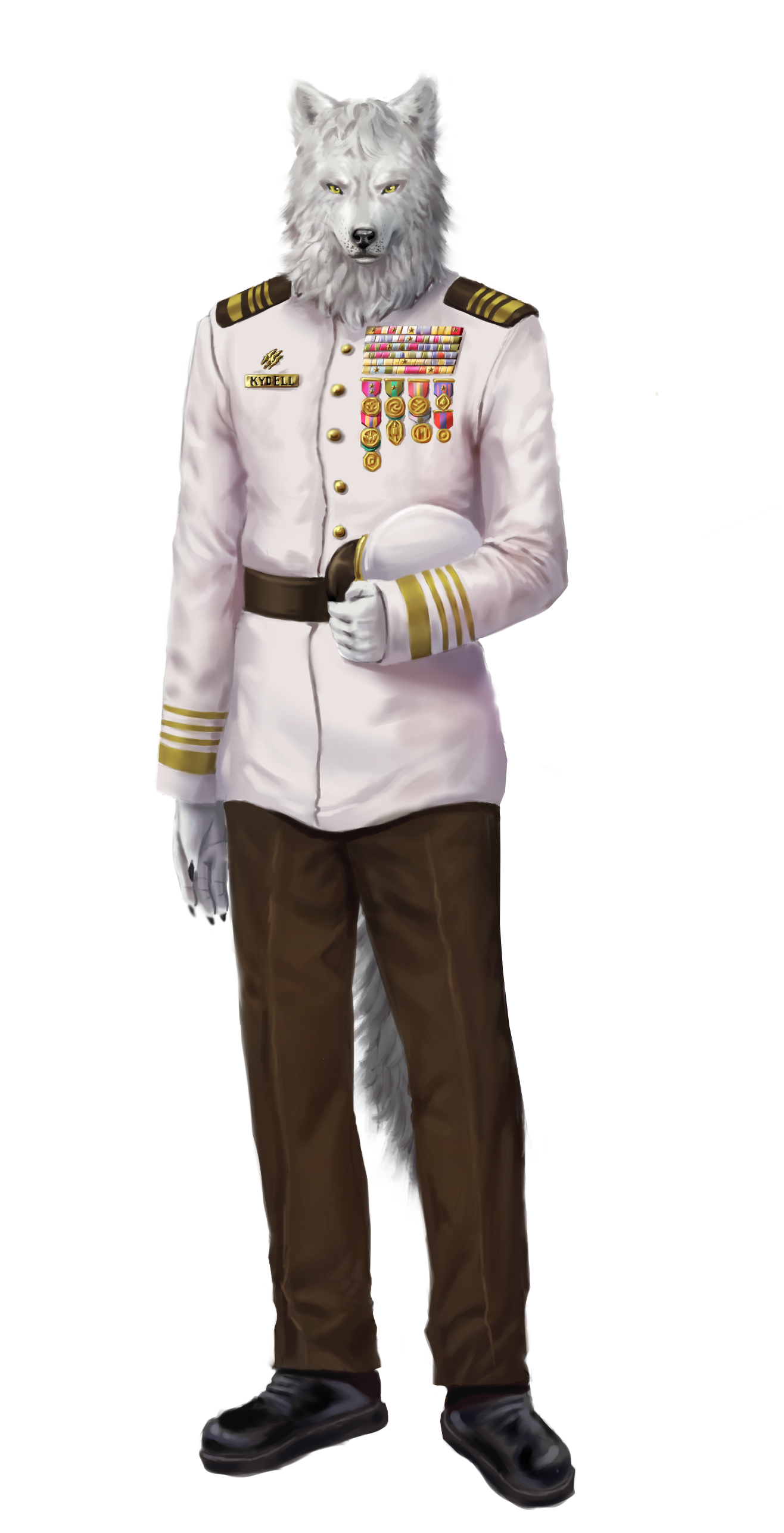 The revered Sparnell Confederation war hero Vice Admiral Renkash Alenahs is still celebrated to this day for his valiant death and unparalleled contributions to the Sparnelli war effort.

This guy is so creepy. His power to rewrite someone's emotions so he can make them essentially a puppet (albeit an incredibly skilled one who's super happy to be one while he's controlling them) is...*shudders*

He's only trying to help. Why won't you let him? Are you trying to cause trouble?   (Honestly I want to write more stories with him in it.)

I hate him so much. He is such a good villain.

Thank you! I love writing him. So much fun.

Probably stupid question but ... do this wolfmen shave under their clothes?

Hahaha, nope!   But a lot of them do wear clothing with Anemancy magic woven into it to encourage good airflow.