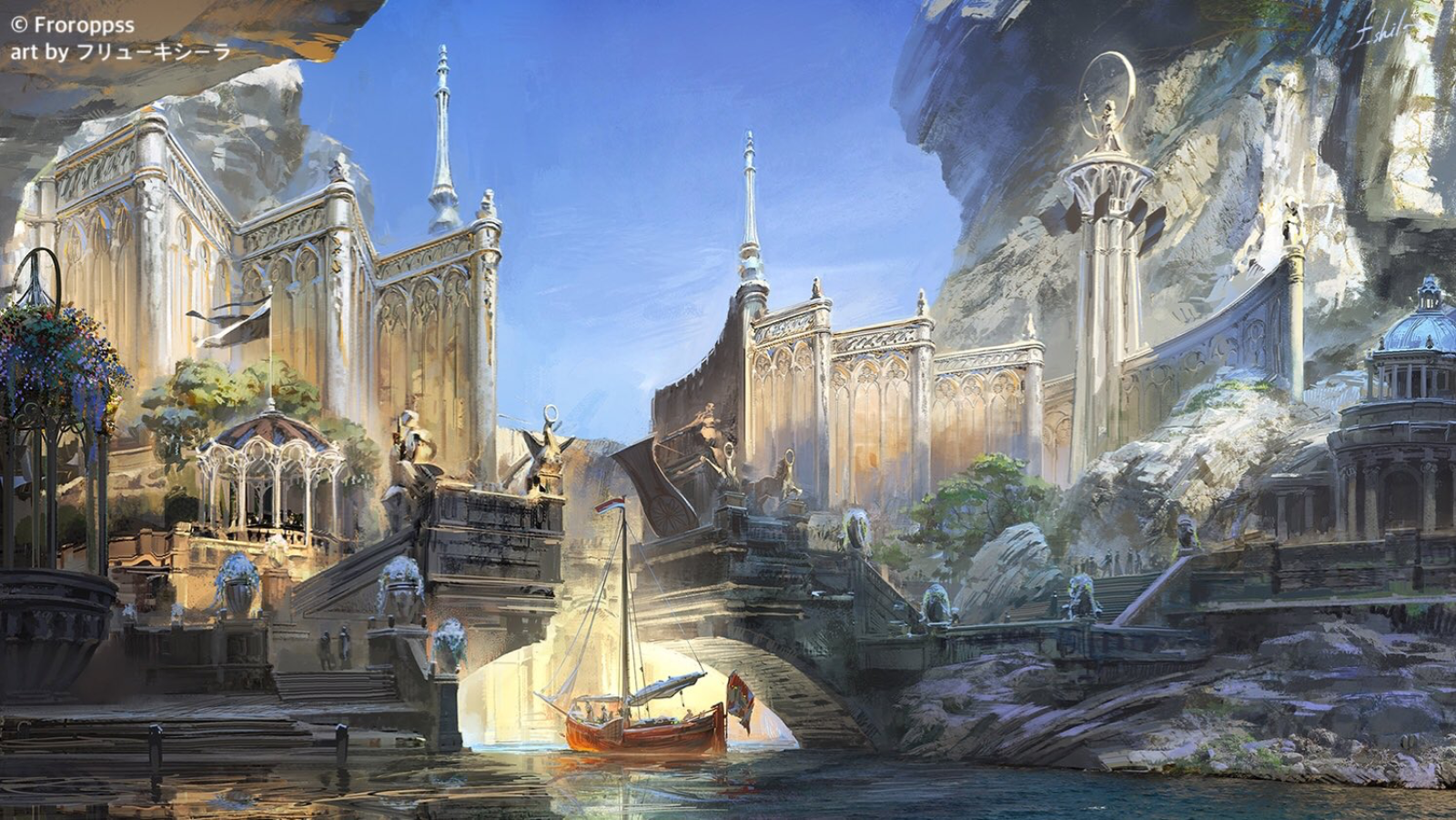 We received your message several days ago, Lady DeLavarr. On my honor, I assure the safety of your scholars while they are within our borders. We have taken great pride in carving a place of stability in these tumultuous lands, where the earth's-blood gushes from cracks upon the surface. The severity of our war with the Vanieric Dynasty is greatly exaggerated. Mere border disputes and opportunistic raiding. That one of your scholars described our conflict as an "irreconcilable, ideological war" is an unfortunate telling of their limited experience on Valgeer, but I must question the veracity of such description, if not dismiss it outright.
Send your scholars, partake in our culture and you will see there is only safety and unity in the Conclave; a strength of unity not found anywhere else on Valkosh, I'm quite certain.
—From Senator Adavali Il-Shenrito to
Master Scholar Maria DeLavarr of Delmore Tower

The Dula Conclave holds territory to the north in Valgeer. As the shadow of the Vanieric Dynasty grew to the south, it is said that a group of men now known as the Founders experienced a shared vision of the mythical Queen of Dawns, a figure tied to great change; she spoke of a unity they must forge. They gathered on the peaks of the Faithful Mountain and agreed to unite their people.
However, when they saw how the Dynasty grew in the coming decades and the unease among their own people, the Founders knew they could never reveal to their citizens the true power of their enemy. Perhaps, they thought, they need not be aware of the conflict at all, save only what is necessary.

The Founders believed true unity can only occur when the people are calm. When danger strikes, they will cower, their better natures crushed beneath a wave of chaos. And so, they have united the Dulani under the lie that they are the unrivaled power on Valgeer. Oh, they acknowledge the Vanieric Dynasty exists, but they claim the Dynasty is no true threat to the Conclave.

The great question becomes: how has the Conclave managed to hide the power of the Dynasty from their citizens? A variety of techniques and though none of them perfected, even altogether, but they have proven effective. For now. These are the pillars of the Conspiracy.

The Dulani give great reverence to the visual arts and the Conclave have used this to their advantage, portraying the conflict between themselves and the Dynasty, but distorting the truth by depicting the Dula Conclave as unconquerable. Any who challenges the view presented by an influential artist is ridiculed and any artist who attempts to depict the truth is torn apart by critics, peers, and patrons, assuming the Arbiters do not deal with them personally.

The Arbiters make it a point to always know who is aware of the truth. The Arbiters commonly operate in the underground, spying on the citizenry and even employing or subjugating criminals. They are fluent in whispers and, if an individual begins to develop and voice suspicion of the status quo, they are isolated from key services by these underground agents. This tactic is used on less rebellious and vocal dissenters. This is a warning.

No doubt some citizens are aware of the truth, perhaps completely so. But the Arbiters and those under their employ are effective fear-mongers. Along with being skilled spymasters, the Arbiters employ the Fyrian Arts to aid in their subjugation of any that would reveal the truth. While simple threats are enough for some, the Arbiters have created magical brands that embed powerful compulsions upon the victim, resembling the effects of hypnosis, only far greater.
The Arbiters are feared by all, but most especially by those aware of the truth.

The Dula Conclave is a republic society, largely run by an elected Senate. It is a beautiful land where art and society thrives, though some might see it is as a mere painting hiding a rotten canvas.

The Dulani thrive on the arts, in particular painting and theater. Many higher class citizen and officials see music and wordplay, written or spoken, as a baser form of art, suitable for lower classes, at best. Instead the visual arts are seen as the height of artistry. If one can capture a piece of reality on a canvas, they believe it an act of creation. If a play can bring ancient deeds to life, they honor the actors and coaches as if they had achieved those same feats themselves.
The Dula Conclave might be described as an escapist society, though they would certainly dismiss that notion. But, if one does accept this notion, they would see it most seriously in two areas. Beyond this, however, the Dulani are a hardy people. The luxuries available to the higher classes might cause one to forget that these are a people forged by Valgeer, a continent dotted with active volcanoes and fragmented ashlands. The lower class individuals, while perhaps less educated, are often frank and honest. They might not recognize how much they're being mislead, but they aren't wholly unaware of it. Most often, they will avoid the plays and politics that the higher classes enjoy so much and try to live their lives as best they can. They usually have fewer scruples about music and poetry than the lower classes and oral storytelling is remarkably well-developed, with many Dulani allegories finding great success in the Empire.

Unity in the Conclave 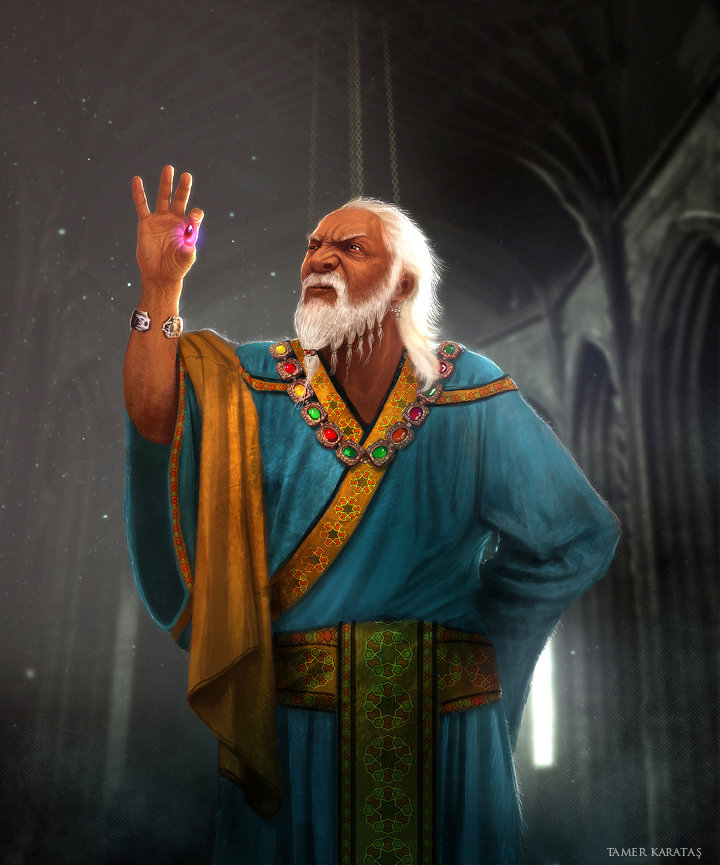 The Dula Conclave holds control over several territories, including smaller ones "ruled" by the Chieftains. Some of the larger ones, perhaps most indicative of life in the Conclave, include:   Shenrito is the centermost territory of the Conclave and hosts the capital city, Endar'goda, the Glass City. Shenrito is far from the borders near Dynasty territory and take great pride in their educational and artistic pedigree. It is said they possess the finest architecture on all of Valgeer. Altogether, Shenrito is the ideal that Dula Conclave leaders strive for; beautiful, a place of culture, but perhaps most importantly, utterly beneath their sway.   Adagar is the territory that borders nearest Dynasty occupation. As a result, the folk from Adagar are more aware than most about the dangers of the Vanieric Dynasty. However, while the citizens of Adagar are aware the Conclave at least somewhat downplay the threat of the Dynasty, most are completely unaware of its formal, structured nature. Rather, they believe it is simply the Conclave trying to appear in control as opposed to a formal conspiracy. The citizens here make up a bulk of the border defense.   Tetlaun is a coastal territory with several of its cities having established trading routes with Triunic and Imperial cities. Due to Tetlaun's frequent communication with foreign territories, even distant ones, the Arbiters keep a close eye on any imports or visitors within the city.   Yoruin is a harsh territory, tasked with mining for shards in the magma fields. Its people are often strong and dutiful. The people from Yoruin can be standoffish and reclusive, but some of the most noteworthy Arbiters and Senators have hailed from the bleak corner of Dula territory. The conspirators often believe the folk from Yoruin are the most likely to shatter the comforting lie they've constructed. Perhaps this is why individuals from Yoruin that are involved, such as Senator Vidogan Al-Yoruin, is fervent in her beliefs.

This is Senator Vidogan Al-Yoruin. I have been kept abreast of your communication with Senator Adavali, including his attempts to disabuse you of this ridiculous notion that the Dula Conclave and the Vanieric Dynasty are destined for some sort of self-immolating war effort. His attempts, though well-worded and well-intentioned, were obviously too light of touch.

Your order of so-called "scholars" have been charged with inciting public outcry, falsifying accounts, and conspiracy. I have granted your scholars one week for deparure from any of Tetlaun's ports. Failure to do so will be taken as an intention to continue invoking civil unrest. If you have the means to do so, I would advise you encourage their swift departure. Aside from their flights of fancy and obsession with the dramatic, they seem like fine upholders of history. I would rather they not become it.   —Senator Vidogan Al-Yoruin