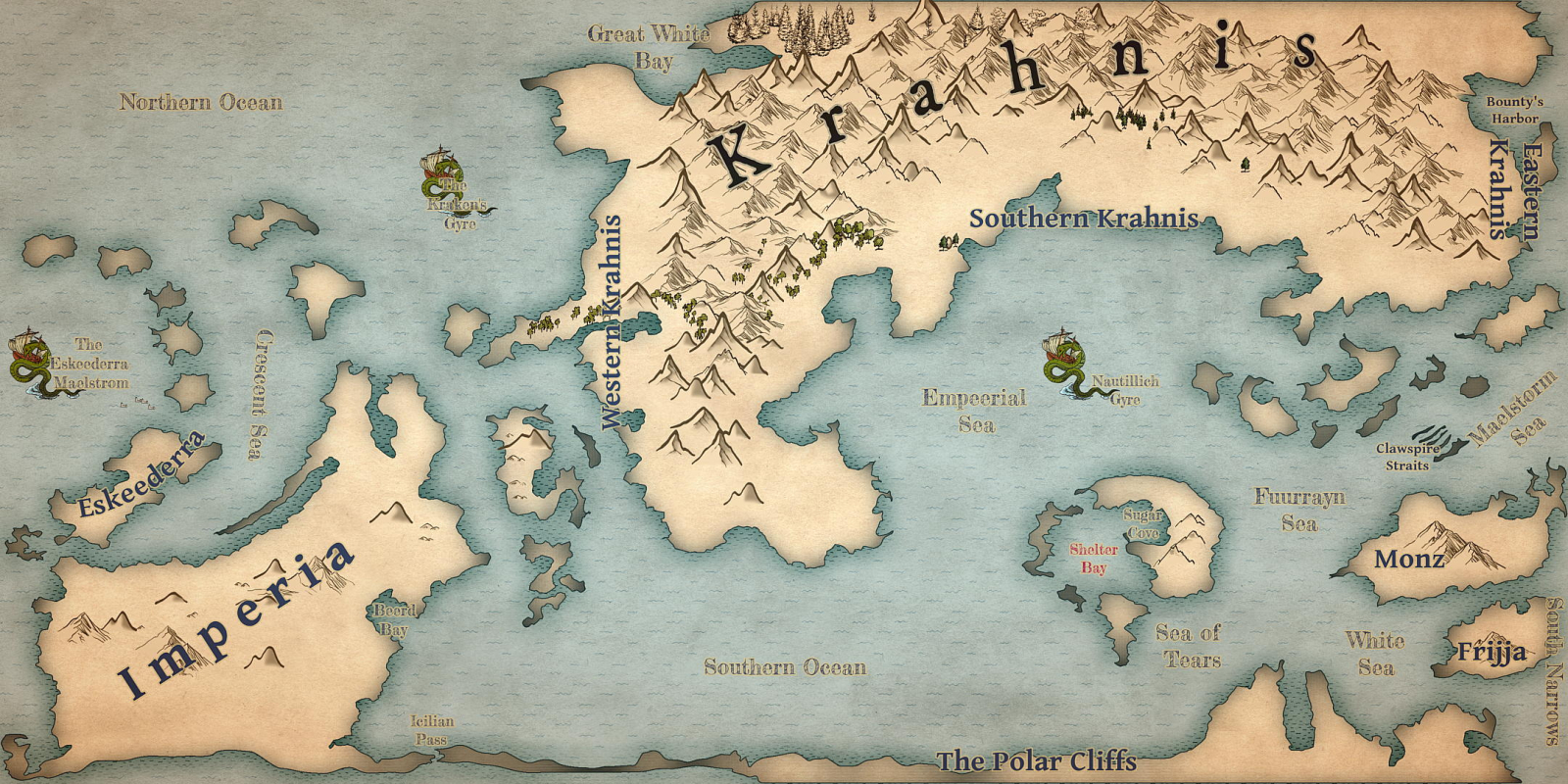 Forjgenon
U
rth is an elderly world, one that has survived more cataclysms than can be remembered. Scraps of empires that fell over a millennium ago still lingers in the language, trade standards, and cultures. The major continents of the world lie in a ring that reaches both poles. Down the center of them is the monstrous mountain range of the Cataclysmites. They reach too high for even dragons to fly and stand as a barrier nearly a thousand miles thick. Deep within them are rich valleys and plateaus, pockets of wonder were the oldest of dragons are rulers over ancient dragon kingdoms.
The world is so known with seas sailed by trading empires a thousand years before. Yet the mysteries and dangers still lurk everywhere. Three gyres within the seas are home to terrors of the sea. Not the stories of fantasy, but dangers as real those that lurk in dark alleys of big cities. Lands lost to evils that run wild fighting against one another as well as man, beast, and monstrosity.
In the sky stands several gray dusty rings around the planet, a year-round fixture in everyone's sky. The thickest ring is Enoch's, the walkway of the god of time, who causes time to pass. Enoch has seen many Urths. In summer, the Urth's shadow darkens the rings at night, but the glow of the sun against the rings is bright during the day and lights up the night. In winter the sun passes behind the rings casting a shadow on the planet. The shadows move up from the equator quickly and settle in the north before moving back down. Everywhere it goes a harsher winter follows. The ghost moon moves through the gaps in the rings. Enshrouded in swirling clouds, it is hidden like the secret of its namesake, Wuudrahn, the god of mystery and magic. The crumbling crescent of a broken moon hangs in the sky. Pieces cascade towards the surface and fall into the Sea of tears. Its heart was torn out and now circles the globe as a smoldering ball of fire and smoke.

The Gods have given the people many gifts, leading to prosperity, crafts, and knowledge. Gods can be a walking presence in the streets of a city, usually hidden, but sometimes revealed to deliver their messages. Some mortals turned gods are living champions of their favored cities, ensuring its prosperity. But those lesser gods can fall, leaving those cities to decline without their divine gifts. Some would say the lands are at the mercy of all too meddlesome gods. Their clergy and guild houses are thankful for their presence and gifts. The old ways, the thankfulness to the 13 spirits, is a widely held superstition. Not in opposition of the gods, as the spirits never reveal themselves nor ask for anything. Rarely would a city or town be without a public benefactory to receive thanks for all the good we receive in life.

The Races of the world are diverse and numerous. Towns of every race and creed struggle to survive their enemies and find their allies. Even the unusual find acceptance or tolerance in some quarters, although there will always be those who cannot accept that which is not like themselves. The world is filled with so many uncountable wonders. The Barbur centaurs, stand as tall as hill giants. Their herds migrate across the continent, taking years to travel their full path. But their sound and sight is a marvel and frightening. Orcs, a race long-abused for their malleability by wielders of magic and alchemy, struggle to live peacefully and overcome their infamy. But most of the world has suffered at the hands of the orcish beasts made from their flesh and blood by despots and madmen. Most live in brutal tribes, accepting of their fate at the hands of the world and fighting out an existence amongst the wildlands. The dwarves of old killed the many red dragons of the Iron Teeth and mined its iron for centuries of wealth and prosperity. But it came with a price, madness brought their empire to its knees. The Iron Teeth mountains have more dwarven tombs than dwarves living across the rest of the world. Those who did not flee, gray and white hidden from the sun, dug deeper into the Underdark to live as madmen fallen to the maddening whispers of the Abysmal can worm into a mind. The elves revel in their long youths, always enjoying the pleasures of life. Their longer-lived high elf siblings retreated from the world to a hidden land-removed from the cyclical mistakes repeated by the short-lived races. The halflings, innocuous in their existence, meld into almost any society. Their penchant for exotic fungi & plants straddles the medicinal and the indulgent. In cities, they often run leisure services, spas, bathhouses, smokehouses, parlors of comfort, and relaxation. Their fame in pursuits of comfort and pampering might only be challenged by the ignominy of being layabouts and thieves waiting for their luck to run out. The halflings being a favorite of Forchuna, goddess of luck, seems to keep them out of trouble and usually banned from games of chance and betting.

The Lands is large enough that it is still filled with monsters, wild or evil. The borderlands wind around the civilized towns and their crossroads. Things are always slipping out from them. The guilders of the Monster Hunters and adventurers are always welcome--when there are monstrosities in need of slaying. Old stone structures, built before written history can be found everywhere. Most cities seem built upon the buried streets of one of two ancient ones sunken beneath the ordinary-looking paved roads of today. Legendary creatures, like the massive sea dragon that is the heart of the Maelstrom Sea, Icil the mad sailor of the frozen seas, the half-beasts of the Wyldamere, and the Hammerbough living forest that has beat humankind back from its borders, fill the storybooks of the world. Even cities are not out of reach from the wild and monstrous. They can come from above, below, or the dark corners of life.

Adventure is everywhere. Finding a calm and quiet life is the goal of the real dreamers. 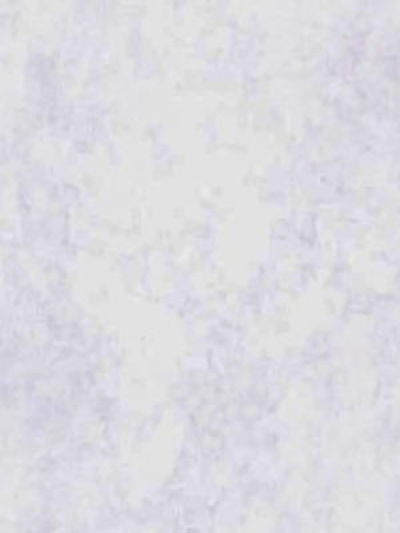 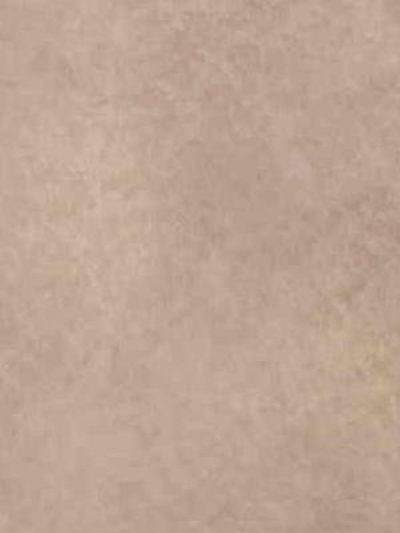