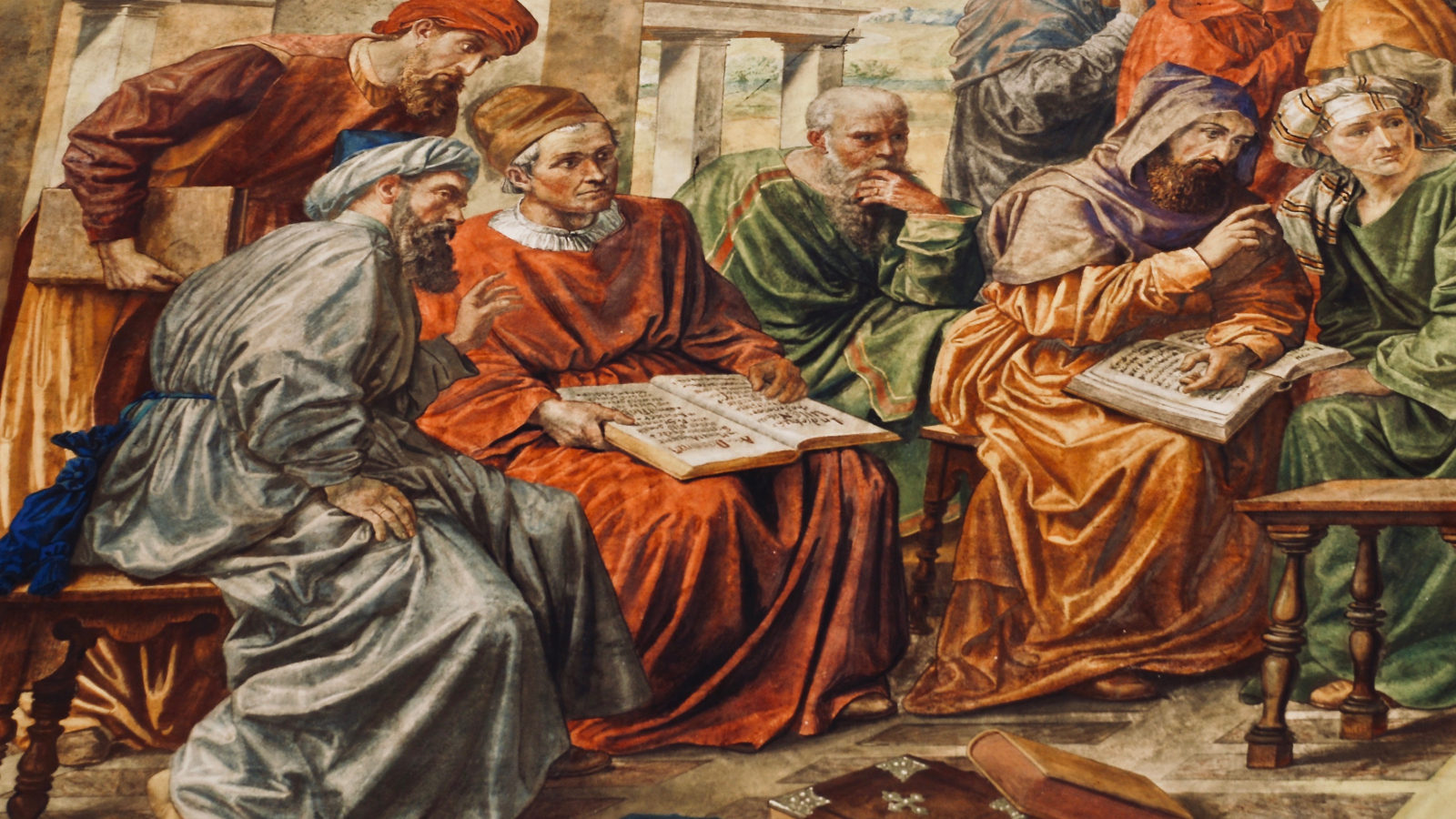 For we who live on the Material Plane of this world, the Upper Plane of the heavens and the Lower Plane of the hells seem remote and unlinked to the activities of our daily lives, confined to the nattering of priests, holy folks and pious souls, whilst the Grey Plane and the Idyllic Plane seem little more than fairy tales to woo the children to sleep, or keep them in their beds. To think that we safe, or unknown here would truly be folly. All around one can see, taking affect and manifesting itself on our Plane, the dictates of the Upper Plane, the temptations of the Lower, the sorrow of the Grey and the mischief of the Idyllic. To allow ourselves to become complacent, and to believe that no denizen from beyond the Material Plane would deign or dare to bother with us, would be truly disastrous. There are many eyes looking at us from below, above and from the sides, just waiting for us to close our eyes, and allow ourselves to be enslaved….

Extract from the introduction to Borja Paladell's Libro Planorum.   The Libro Planorum is the seminal work of the somewhat controversial researcher Borja Paladell, that is concerned with the structure of the world of Ulskandar, and how the different Planes of existence work beyond the Material Plane, how they are organised, what creatures live there, and how they interact with the Material Plane and those living there.

The Libro Planorum has been at least 20 years in the making, and is the lifetime’s work of Borja Paladell, the son of a noble house from the Emirate of Taqwal. As a Tiefling himself, Borja had been taught the story of the origin of his people, brought about by the breaking of a deal made with a Devil, far back in the Nomadic Era, and this tale ignited his interest to learn more about the different Planes of existence, and to investigate what the vast majority of people on the Material Plane are unable to see, and what many people believe to be stories and fables.   As a member of a wealthy and influential house within the Emirate, Borja was able to convince his parents to let him go off and study at the Ravendorp School of Political & Military Science, and he left home to begin his studies at the age of 22. However, instead of travelling to the Mountain Principalities and the city-state of Ravendorp, Borja used the allowance that his parents had given him to begin his own research into the existence of other Planes, aside from the Material Plane, a subject that he was well aware no educational institution under the sun in Turoza would let a novice student attempt to look into. Indeed, the subject was considered to be so farcical and potentially dangerous, that even the most astute of scholars would have struggled to receive the backing of their institution to research in any concerted sense. Instead, Borja began to travel the continent of Turoza, and far beyond, seeking out stories of people that claimed to have interacted with creatures from beyond the Material Plane, and carefully writing them down and studying them in great length.   After 5 years of gathering information in this way, Borja achieved a breakthrough in his research, and after this point, he was able to produce far more concrete theories and answers than he had to previously, though much of his evidence is still challenged by many scholars, though a growing number are beginning to take his work into account. Whatever this breakthrough was, Borja is quite cagey when it comes to divulging the exact details. In his words he had an ‘epiphany’, which his critics read as him deciding to start making things up to sell books. Those scholars that are willing to listen to him, however, believe that Borja himself has entered into some kind of deal with a denizen of the Lower Plane, a Devil or Demon of sorts, that revealed a large body of secrets surrounding the world beyond the Material Plane to him, and may even have given him the ability to move between the Planes at will. Whilst Borja vehemently denies these claims, saying instead that his sources have become more reliable, the rumours continuously dog him, and fuel the fire of the academic controversy surrounding him.   Nevertheless, the Libro Planorum is Borja’s first major thesis on the subject, and has brought his area of study to the attention of serious academia, even if it has gained a mixed response. As for Borja, he continues to undergo his travel and studies, as he gathers more material to further unlock the secrets of Ulskandar’s Planes of existence.