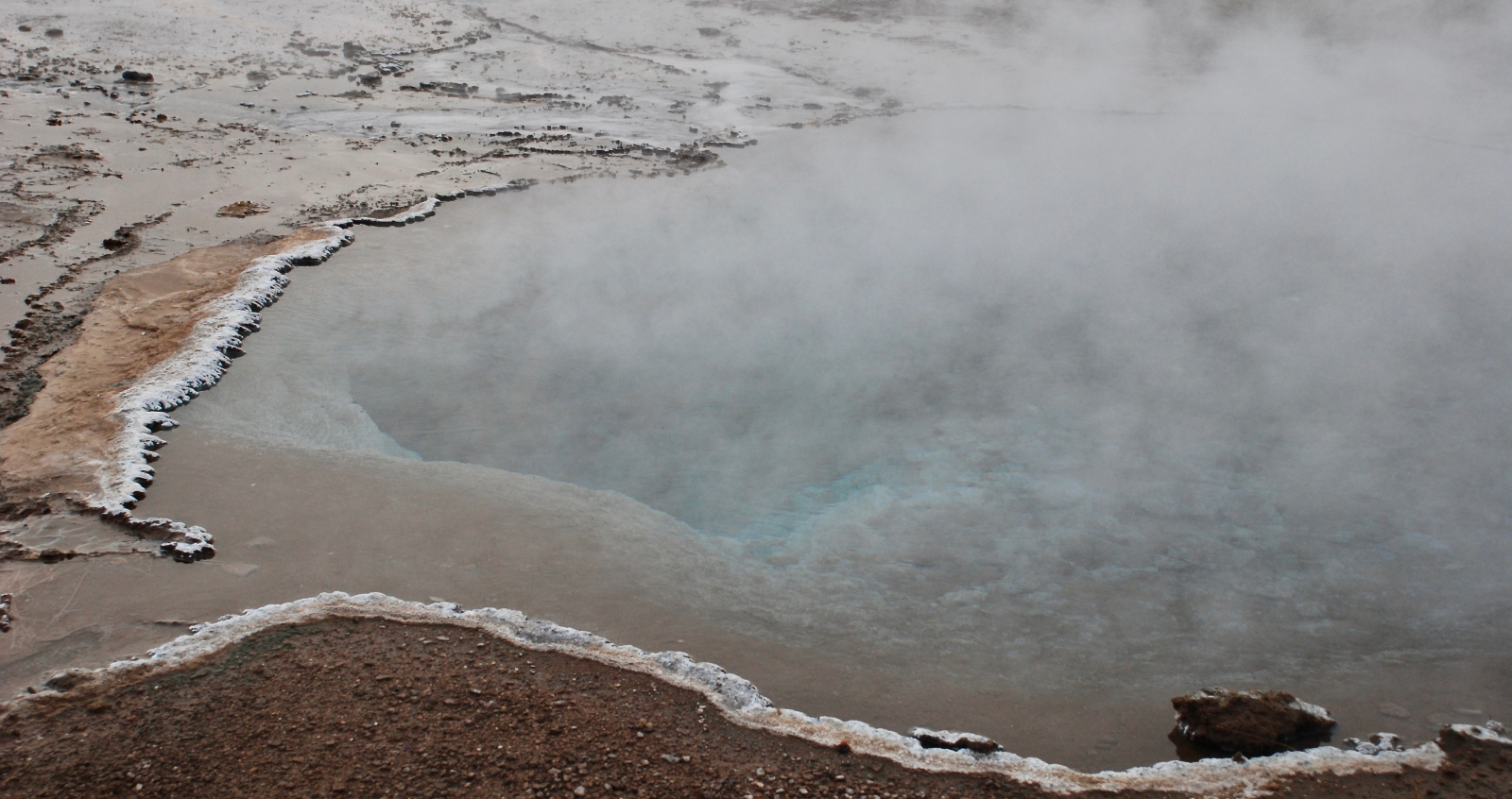 You could be easily forgiven for thinking that Ahraq Island was located on one of the Hellish Planes as opposed to the Material Plane of Ulskandar. Its bleak, dark rocky landscape, slashed with rivers of lava, surrounding the slopes of the volcano that has created the island is truly hellish. And yet, Ahraq Island is home to several communities who exist in an uneasy client-kingdom relationship with Zhisbonn, off whose coast Ahraq Island sits, most notably a clan of Fire Giants, who have been known to act unpredictably in the past, but who know where to draw the line with regards to their Dragonborn overlords.

In one word, the landscape and geography of Ahraq Island is bleak. The whole island is roughly centred on the highly active volcano that has created the entire landmass of Ahraq Island over the centuries. Originally the island was just the volcano itself that stood above the waters of the Estrill Ocean, but has expanded itself following successive eruptions, and an incessant flow of lava from the volcano into the sea below, which has incrementally created more and more land with the passing of time, and has expanded Ahraq Island to its current size. The central volcano itself does not actually stand that high above sea level, measuring only 3209ft/978m in height, but the volcano expands all the way below the sea level to the bottom of the ocean floor.   The land that the volcano has created around itself is a strange expanse of irregular, craggy basalt rock, that ranges in colour from dark-brown to black that is riddled with fissures and cracks from where the lava has cooled and split as it solidified. Often the land is covered with a layer of dark-grey/black volcanic ash that is regularly spewed forth from the mouth of the volcano. Descending from the volcano, and cutting through the lava fields are numerous rivers of lava, that make their way through the landscape from the volcano to the ocean beyond. The confluence of these lava rivers and the Estrill Ocean is easy to see as it is constantly surrounded by plumes of steam caused by the collision of the super-heated liquid rock and the sea water. The fact that the central volcano of Ahraq Island has so many rivers of lava descending from it means that pressure is constantly being alleviated from its magma chamber, which therefore means that the volcano itself has not erupted in a spectacularly destructive way for several hundred years. It is thought that the clan of Fire Giants who reside on Ahraq Island have spent a great deal of time and resources carefully channelling the flow and build-up of magma beneath the ground, to stabilise their home and make it more comfortable to live around.

As the central volcano of Ahraq Island has not apocalyptically erupted for many years, means that areas of the lava field, in-between the rivers of lava have been able to have meadows of coarse, thick, hardy grass to take root, utilising the very fertile volcanic ash that covers the surface of the lava fields as highly fertilised form of soil. There are few other types of vegetation present on Ahraq Island, and there are no trees or large shrubs, which are far too susceptible to damage from the still regular, if not devastating eruptions that occur at the central volcano.   The presence of these meadows of hardy grass has allowed for the presence of Flame Bison on the island. Flame Bison are a highly adapted breed of bison that are not only able to withstand high temperatures, but are also incredibly good at storing water in their bodies, and are specially adapted to naturally filter out salt from water they drink, allowing them to survive in a landscape where there is little standing fresh water, and where the majority of available water is the surrounding ocean. Even still, Flame Bison have to physically eat chunks of the volcanic rock around them, which sits in their stomachs and acts as a digestive aid to break down the incredibly tough grass that the animals feed upon. It is not known whether Flame Bison managed to naturally migrate to Ahraq Island, or if, as many scholars believe they were introduced as a pastoral species by the Fire Giant clan that resides there.   The proximity of Ahraq Island to the sea also means that it is home to large colonies of seabirds, many of which have permanently based themselves on the island, and use it as a base from which to fish, whilst many others use the island as a rest stop on their migratory routes, or as a place to breed. These seabird colonies have helped to attract rodents, rats particularly to the island, who feed on carelessly, or unguarded eggs, along with chicks and incapacitated adult birds.   Larger creatures, both sapient and non-sapient also call Ahraq Island home. Fire Elementals are quite common on the island, where they revel in their proximity to the lava flows and volcano, and the same is true of Salamanders, who greatly enjoy proximity to the warmth of the flames. There is a significant community of Firenewts, who dwell on Ahraq Island, though their presence can be hard to detect, given that they spend so much of their time living in the underground burrow networks that they have constructed to keep themselves safe from the Islands most dominant sapient populace, Fire Giants. The Fire Giant community on the island is structured around a clan system, with all of the Giants on Ahraq being members of the same clan. The Fire Giants act as the pseudo-caretakers and defenders of the island on behalf of the Dragonborn of Zhisbon, who claim dominion over the territory, though they have been known to act beyond the bounds of their authority, and the Council of Elders in Laszan is always wary that their disrespect for the bounds of the authority they have been given may spill into open revolt.