Scion of a Clan Long Fallen

The daughter of the Man in the Golden Mask, now known to be the last daughter of the Taira line. Taira no Tokuko should by all rights be dead in this age, as she was active during the days of Taira no Kiyomori as Daijō-Daijin. The reasons behind her continued vitality and youth are unknown. Regardless, she is now a prominent member of the Black Ocean Society, along with her father, aiding them in advancing their shadowy agenda.   Tokuko herself is an intense person. Though she still appears to be a girl, or a young woman at most, there's a weight to her eyes that speaks to a greater age than she shows on the outside. In most things, she remains hard and businesslike, avoiding frivolous conversations and showing no predilection for socializing with the people of this age. She does, however, seem to truly care for her father, and where he is concerned one can sometimes see the shadow of a carefree girl she used to be. 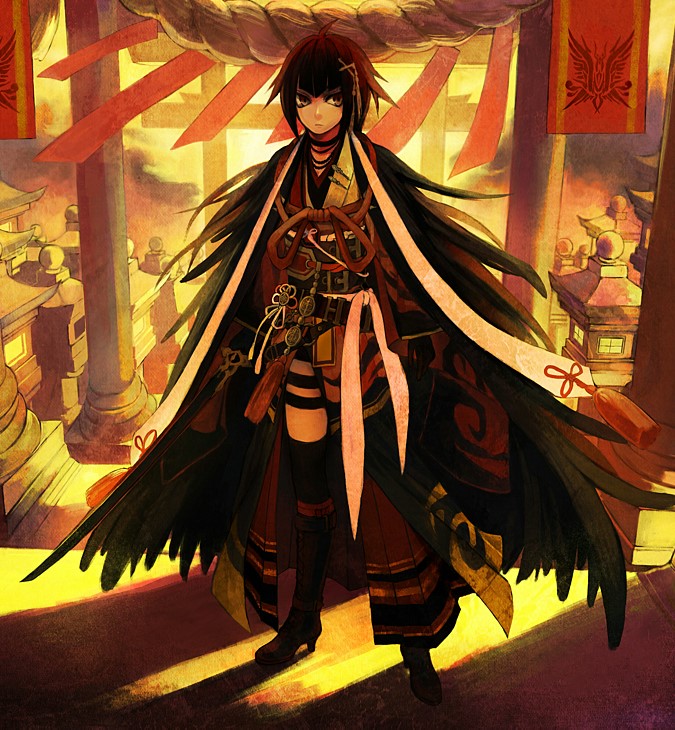