Mountains so high, they touch the sky

The Iron Hills are an extremely tall and inhospitable mountain range on the world of Caer'Thun. Known for steep, jagged crags and stunning altitude, the Hills deter most would-be invaders, except those who wish to join the fabled Khel'Nasar. The Iron Hills contain four of Caer'Thun's five tallest mountains, the tallest of which is known as Eyrie Peaks (9002 m or 29534.12 ft), which are famed as the home of an enormous, multi-generational flock of Nasar.

Located near the northern edge of the Tahlyrae Continent , the Iron Hills run west to east, extending from the Dragon's Spine Mountains, and gradually increasing in altitude.   The southern face of the range directly borders the Velmailain and Veltriasa Forests, as the land drops off suddenly and steeply. This face, at its base, is lush and green, fed by glaciers that melt into the vast Mystria River , which is the major artery that supplies the cities of Tornn and Velmailain, and that once supplied Symmerin. There are also numerous lakes and calderas scattered in between the pointy crags.   The northern face, on the other hand, is rugged and barren, descending into the Northern Steppes, and then the Sammaran Desert.   Resources are few and difficult to acquire, as the foreboding mountain peaks are continually lashed with strong winds, even at their rare altitude. 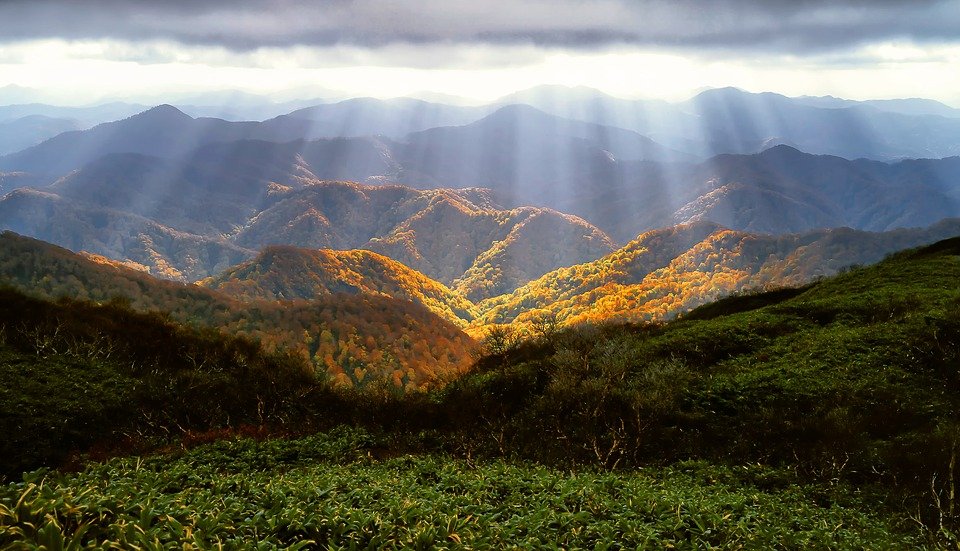 As the mountains ascend to high altitudes quickly, they receive little precipitation by the time the clouds climb their great heights. What they do get is scoured away by the fierce winds that blow off the Bay of Galbari. As a result, the mountain peaks have much in common with a cold desert. Plant life is straggling, sparse, and tough, consisting largely of sagebrush, quinoa, quackgrass, yarrow, and dandelions. In the spring rains, heather and forget-me-nots will bloom for brief periods. If it is a particularly wet summer, one might also find lower peaks coated in sunny balsam and blue chicory.   It is said that the Iron Hills once hosted dragons as their apex predator, and the evidence of that remains in the numerous draconic skeletons that give the Dragon's Spine Mountains their name. That clearly changed when the Nasar moved into the mountain range, likely several thousand years ago. Hunting in flocks, the enormous predatory birds are a menace to large, solitary creatures, and dragons are no exception. Their wide-ranging territories make it possible for the Nasar to successfully hunt what they need without straining the limits of the ecosystem, but large animals try to avoid the Iron Hills, including the wide variety of megafauna in the Sammaran Desert and the steppes.

Winter brings even colder temperatures to the Iron Hills. Nasar adapt by hibernating when food is thin, particularly in the deepest winter months. Ironically, this is often a time of greater activity among large wildlife in the area, which takes advantage of the absence of the giant raptors. Snowfall is far more likely to stay during the winter, due to its sheer volume.

The Iron Hills are subject to an exceptional amount of lightning storms, due to the extensive presence of ferrous metals. Thousands of lightning strikes can make contact during a single storm, making the open surface of the Hills an extremely dangerous place to be. How the Nasar avoid such hazards remains unknown.   More than anything, the greatest dangers of the Iron Hills extend from the range's altitude. Climbing the mountains requires gradual acclimatization, even for elves, who are less subject to the negative effects than many other sentient species. It is perhaps for this reason that there are more elves among the Khel'Nasar than any other species. Failure to acclimatize may result in altitude sickness, which can be quite severe. Nasar appear to be immune to altitude sickness.

The most prevalent natural resources of the Iron Hills is, of course, ferrous metals, including an unusual terrestrial deposit of Starmetal and Mithril. Dwarves stubbornly mine the lower reaches of the mountains for these valuable metals.

Near the beginning of the First Interstellar War (IW1), Selnaris Khi'Marinae uses an ancient elven spell to break Mount Siriakr in the Dragon's Spine Mountains from its base in the earth, and turn it into a flying city. This considerably changes the landscape. It may have been disastrous for the region, with the removal of the Symmerin Glacier, but Selnaris' magic maintained a connection, spilling the results of the melting glacier into the riverbed that feeds the Mystria. Rare visitors describe the sight of water pouring out of the sky from nothing as "awe-inspiring" and "disturbing." The former site of Mount Siriakr, which was a dormant volcano, is now an active one. 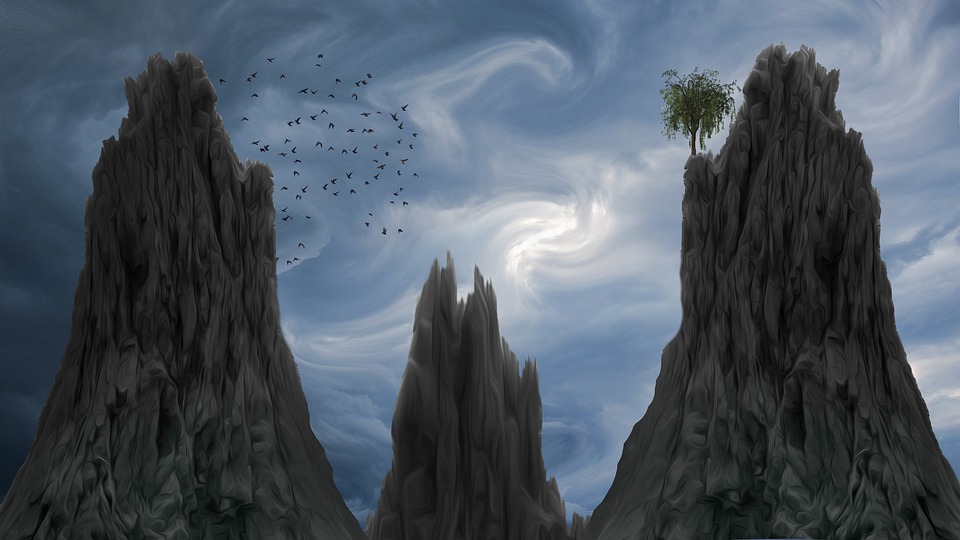 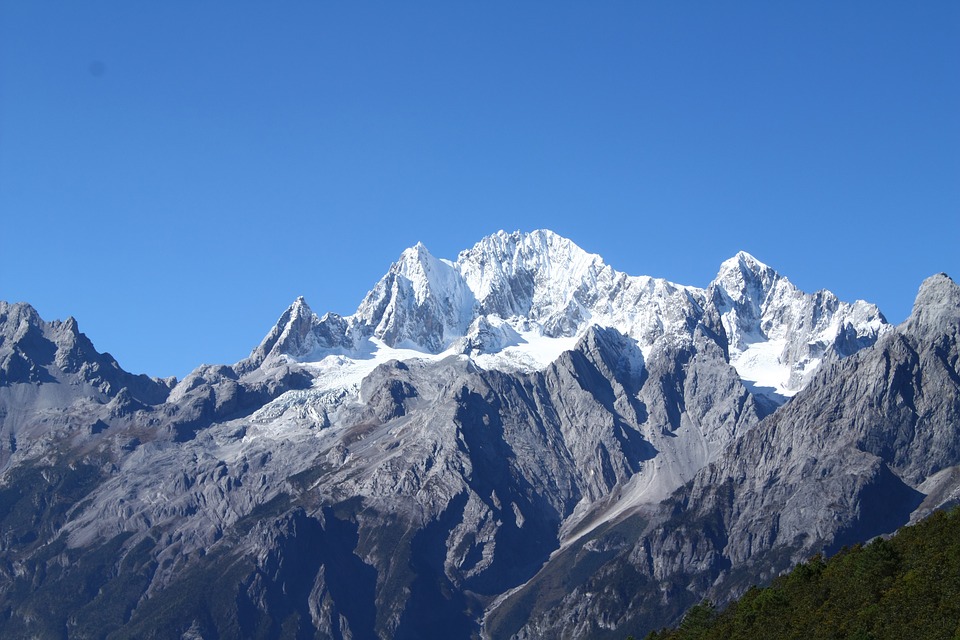 Mountains in Winter by Dimstar 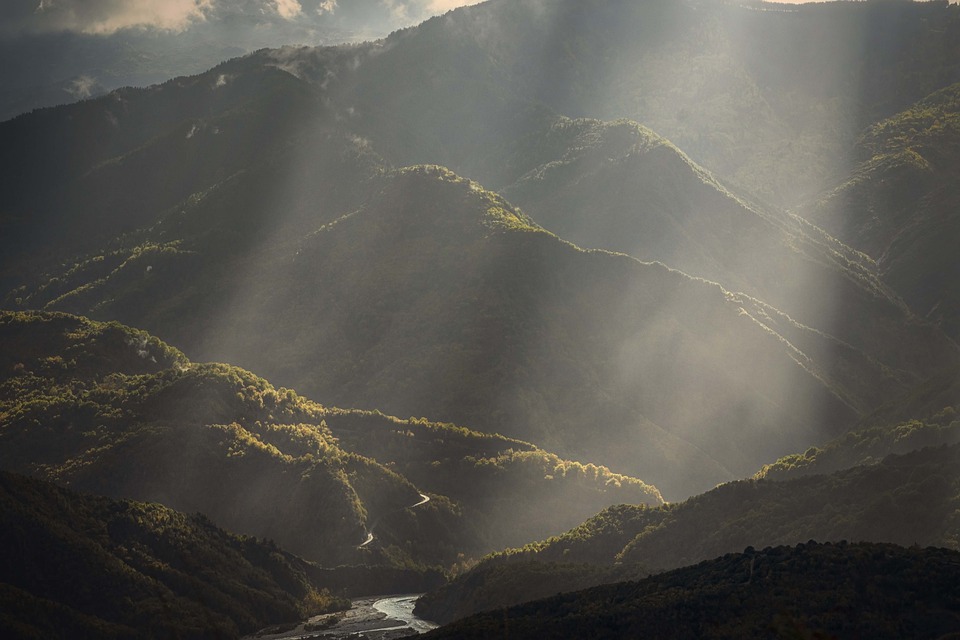 Nasar are a species of extremely intelligent, giant, predatory birds that cluster in flocks on Caer'Thun.

The Khel'Nasar are a loosely-structured order that protects the forests and the wilderness with the aid of their Nasar companions.

The story of Lyrissande's Ascent is a folktale that is told over most of the world of Caer'Thun to encourage resourcefulness, courage, and determination.

Answering: "an inhospitable region or geographical landmark"
Visit SableAradia's Competition Page Check all other answers to this prompt Competition Homepage

~ Thank you for your support! ~
If you couldn't tell by the elves, orcs, and magic flying sailing ships in space, this is a work of fiction. Any resemblance to people or locations, living or historical, is purely coincidental, with the exception of Alberdingk Onestone, who may actually be an alternate dimension's version of a famous scientist, only as a gnome.
The Toy Soldier Saga is copyright (c) 1995 by Diane Morrison. All rights reserved.
Cover image: Iron Hills by Samuel Francis Johnson
Article template
Geographic Location
World
Toy Soldier Saga
Author
SableAradia
Publication Date
21 Jul, 2021
Creation Date
20 Jul, 2021
Last Update Date
4 Mar, 2022
Visibility
Public
Views
224
Favorites
9
Comments
0
Work In Progress
Tags
Iron Hills Eyrie Peaks Nasar Khel&039;Nasar Caer&039;Thun