A landmark temple with a nefarious secret

Hidden in a deep gully on the far side of the tide-locked moon Cethlenn lies a large temple complex built into the hills amidst the Forests of Mushrooms, and hidden from most prying eyes, as it hides a nefarious secret.

For many years now, the good sisters of the Den have hidden the largest and most prolific criminal organization in Fomorian history. Since the occupation of the Elves at the End of IW2 the sisters have relied on the Brotherhood of Shadow for protection. The sisters continue to ply their trade and bring the most troubled warriors to the quiet solitude of the Den while the Brotherhood of Shadow continues to insure that they are able to do so.

The process of "Taking the War Out of" someone is as individual as the warrior who is suffering from the War, but in short; Fomorians are not psychopaths and suffer from Post-Traumatic Stress just as readily as other homo sapiens. The Sisterhood of the Den Mother has perfected, over the centuries, means by which they can help a warrior (usually male) come to grips with his trauma. This process is carefully monitored through out the treatment and if a Grandmother, or anyone really, sees things going wrong with the process, the treatment may be stopped immediately.   Taking the War Out of Someone is the most holy mission of the sisters and they take it as seriously as humans on Earth take the medical profession. The process may include everything from group sessions to one on one, to psychedelic drugs, to sex and perhaps all of them and others. However, they have a near 100% success rate on adjusting warriors to their War injuries.

The reasons for the building are two-fold. When it was first constructed, it was a refuge for sisters given to the Church of the Den Mother, to learn and grow. Though not its intended purpose it also served as a secluded safe area where the sisters could bring the most troubled warriors to Take the War Out of Them.   When Grandfather Ghost discovered the lair some 350-400 years later he knew that it was sacrilege to allow harm to come to the Den, and built his Shadowkeep, under the Temple, with hidden entrances and exits from his labyrinthine citadel all over the temple compound. And now the temple's secondary purpose is to keep hidden the lair of the largest and most prolific shadow organisation in the Fomorian Empire.

In the beginning, the Den was a few cave stuctures built into a natural gully on the far the moon Cethlenn. Late in the Second Interstellar War, Grandfather Ghost struck a deal with the Sisters, to dig Shadowkeep in, under and around the Temple Complex.

The initial complex took advantage of the natural caves in the gully with minimal dug structures. Through happenstance and necessity, the complex was expanded with competent Diggers but when Ghost got his hands on it, he used the finest Diggers he could find to rebuild the Temple to include all sorts of safety measures for the Priestesses, and then he split them into teams to each build parts of the greater complex so that no more than four people saw the plans for any one section of the Shadowkeep, and three of them had the knowledge (with their permission and compensation) wiped from their minds. The only person that is aware of all of the complex is Ghost, and thus far, he has not shared it with anyone that can be discovered.

Show spoiler
The Den of the Cave Mother on Cethlenn was the only fully independent faction during the Elven occupation of Elatha. When asked what should be done about them, Captain Lotharvalis replied, "leave those Bitches alone, just pen them in". This proved easier said than done, as the guarding ships suffered catastrophic losses to poison, plague and outright murder, and many could not be convinced to keep guard over the sisters.

Since the occupation, the sisters have run an underground "railway" to free Fomorians from slavery to the Elves with the help of the Brotherhood of Shadow and the Sparkling Sky Cartel.

Though there is no actual tourism associated with the Den, those serviced by the Temple are expected to give what they can to the temple's upkeep and in reality, The Shadow Brothers do a great deal towards that. 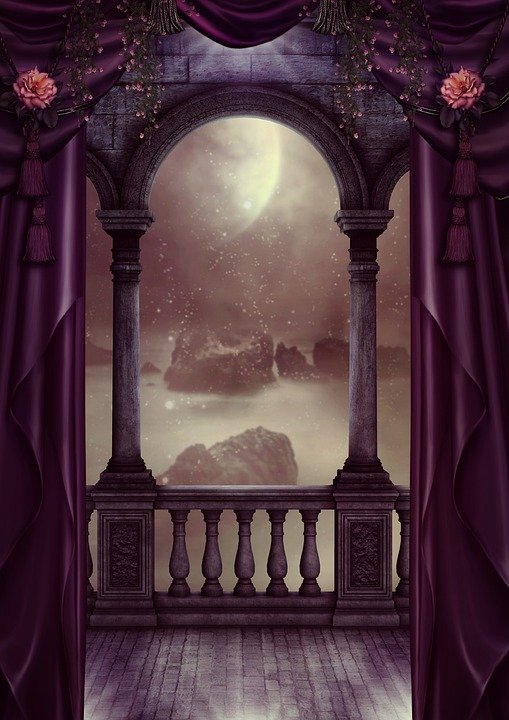 Answering: "a building associated with healing the sick"
Visit ErinRigh's Competition Page Check all other answers to this prompt Competition Homepage

~ Thank you for your support! ~
If you couldn't tell by the elves, orcs, and magic flying sailing ships in space, this is a work of fiction. Any resemblance to people or locations, living or historical, is purely coincidental, with the exception of Alberdingk Onestone, who may actually be an alternate dimension's version of a famous scientist, only as a gnome.
The Toy Soldier Saga is copyright (c) 1995 by Diane Morrison. All rights reserved.
Cover image: Mushrooms by Sergei Tokmakov