Named for the orcish Moon Goddess, Cethlenn is a refuge of the goddess' healing powers

As seen in
To Know Your Enemy
The moon Cethlenn has long been thought of as a symbol of love and compassion among the Fomorians. It is said to be the home of the Fomorian Goddess with which it shares its name, and also home to her adopted daughters, the Goblin Triple Goddess Sudenitsa.

It is said that a warrior who has the war taken out of him in the Den of the Cave Mother on Cethlenn need never fear the memories ever haunting him again. If all that is left is the rage, the sisters there will comfort you in your last days, and you will know peace before you die.

In the vaulted caverns of their temple home, the Sisterhood of the Den Mother, tenderly minister to the worst cases of war weariness and battlefield fatigue. A warrior knows they send him here when he is almost lost, and this is his last chance at a normal life with a wife, children and yaks .

On the moon Cethlenn, he WILL be cleansed.

Cethlenn is a living world of high mountains and deep valleys and gulches teeming with life. Forests of 40-foot-tall mushrooms cover over 50% of the moon's surface with oxygen producing mushrooms. Deep lakes of fish and crustaceans are abundant.

Much of the vegetation on Cethlenn is in the form of mushrooms ranging in size from 10 in the hand, to 40 foot trees, and vary in edibility from delicious to highly toxic. There are grasses that have adapted to growing in the infrared light of Balor's Eye and the mushroom jungles hold all sorts of animals both dangerous and beautiful. Carnivores, omnivores and herbavores who live on the vast variety of mushrooms and the other plants that have adapted to this environment

Cethlenn is tide-locked and has no real seasons, though the weather does vary, and weather patterns follow predictable cycles throughout the year. Cethlenn follows a 30 day, 24-hour-per day cycle with an actual lunar cycle of 719 hours 54 minutes 12 seconds.

The surface of Cethlenn is occasionally battered by spore storms where huge swaths of mushroom forests let off their spores all at once. Most of these storms are inconvenient, causing a necessity to seek shelter or potentially suffocate, but some of them can introduce psychedelic or toxic spores to an area. These storms are much feared by those who make their way on Cethlenn.

Most of the vegetation is in the form of mushrooms, though plenty of adapted grasses, such as night rice and dark maize, are found here as well. The forests are well adapted to predatory life and the majority of fauna on Cethlenn are predators of some form. Omnivores, like primates, are also common and the Cethlenn Spirit Monkey is a much sought after pet.

The large mushrooms make a wonderful lumber substitute and can be dried and burned like wood. There are literally thousands of varieties of mushrooms on Cethlenn. Many are quite tasty and even more have medical uses. The famed Witch's Eye is a staple crop here for Cethlennites.

Since the early days of Fomorian history, they have associated their creatrix goddesses with the moon. The natural cycles governed by the moon cycles seemed to correspond to the natural fertility cycles of women, and it made sense to equate the two somehow.   While that link does not, of course, hold true on all worlds, especially once the Fomorians took to the stars, Elatha's moon Cethlenn has many of the qualities of the moon of the mysterious orcish homeworld, including a 30 day cycle. The Sisterhood of the Den Mother immediately claimed their new world's moon as their exclusive domain on religious grounds, and have enforced this rule firmly. It remains a refuge for the Sisterhood and women who were seeking to escape patriarchal oppression.

The Den of the Cave Mother on Cethlenn is the primary attraction for visitors here. Orcs and other Fomorians from throughout the Fomorian Empire come to rest and be cleansed and healed. Heated pools, massages, and resting in glass-covered green spaces are welcoming and relaxing -- along with its spectacular starry views. 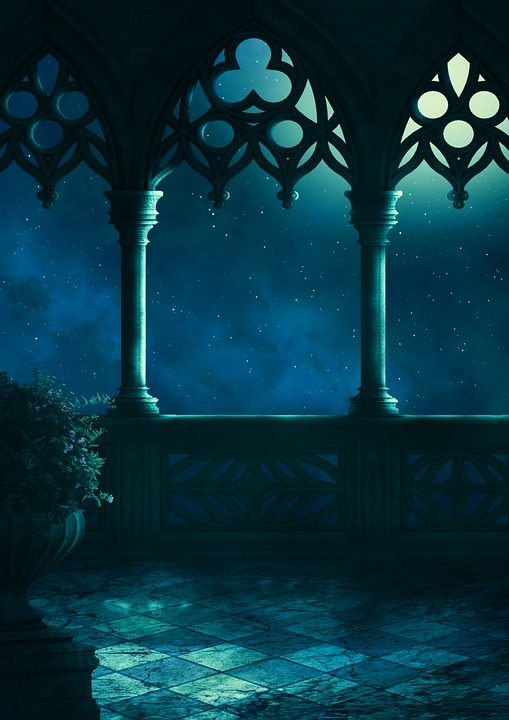 Answering: "an area or geographical landmark wrapped in myth, legend or superstition"
Visit ErinRigh's Competition Page Check all other answers to this prompt Competition Homepage

~ Thank you for your support! ~
If you couldn't tell by the elves, orcs, and magic flying sailing ships in space, this is a work of fiction. Any resemblance to people or locations, living or historical, is purely coincidental, with the exception of Alberdingk Onestone, who may actually be an alternate dimension's version of a famous scientist, only as a gnome.
The Toy Soldier Saga is copyright (c) 1995 by Diane Morrison. All rights reserved.
Cover image: Mushrooms & Mountains by Sergei Tokmakov
Article template
Geographic Location
World
Toy Soldier Saga
Category
Elathan System in Elathan Web
Author
ErinRigh
Publication Date
4 Jul, 2021
Creation Date
23 Jul, 2020
Last Update Date
5 Mar, 2022
Visibility
Public
Views
236
Favorites
3
Comments
0
Work In Progress
Tags
Cethlenn moon Elathan System Sisterhood of the Den Mother