Planar Iron, as it colloquially known, is a type of metal which reacts to the use of any kind of Planar Magic. It entered mortal planes after The Collision, and is believed to have come about as the direct result of magical strain upon the fabric between planes.

Planar Iron is a dark metal, almost black, with a distinct iridescent sheen. The colours seem to shift ever so slightly at all times, and even stars can sometimes be seen in the patterns and swirls.

It is a rather malleable metal, able to be easily manipulated. It takes substantial force to shatter or break. It's most notable property is its reactivity to the use of Planar Magic. It appears to detect the affect said magic has on the 'fabric between planes' and generates a charge in response. When charged, it is warm to the touch, sometimes unbearably so when in the presence of more extreme magic. Strangely, it does not react to elemental magic, beyond slight surface changes.

Planar Iron can be used to make accessories, though often only for the most elite or magically gifted. Its most common usage is in the form of Magical Inhibitors, used for dangerous mages to prevent or punish them for the use of any kind of magic. As Inhibitors, they do not natively inhibit or prevent the use of planar magic, but the charges they generate from planar magic use are used to set off minor curses and spells, to encourage mages to stop. This can go until death, if the mage is stubborn enough. Planar-exclusive Inhibitors (those that allow for regular elemental magic but punish planar magic) are rather rare, as opposed to Inhibitors which prevent elemental magic and punish planar magic. 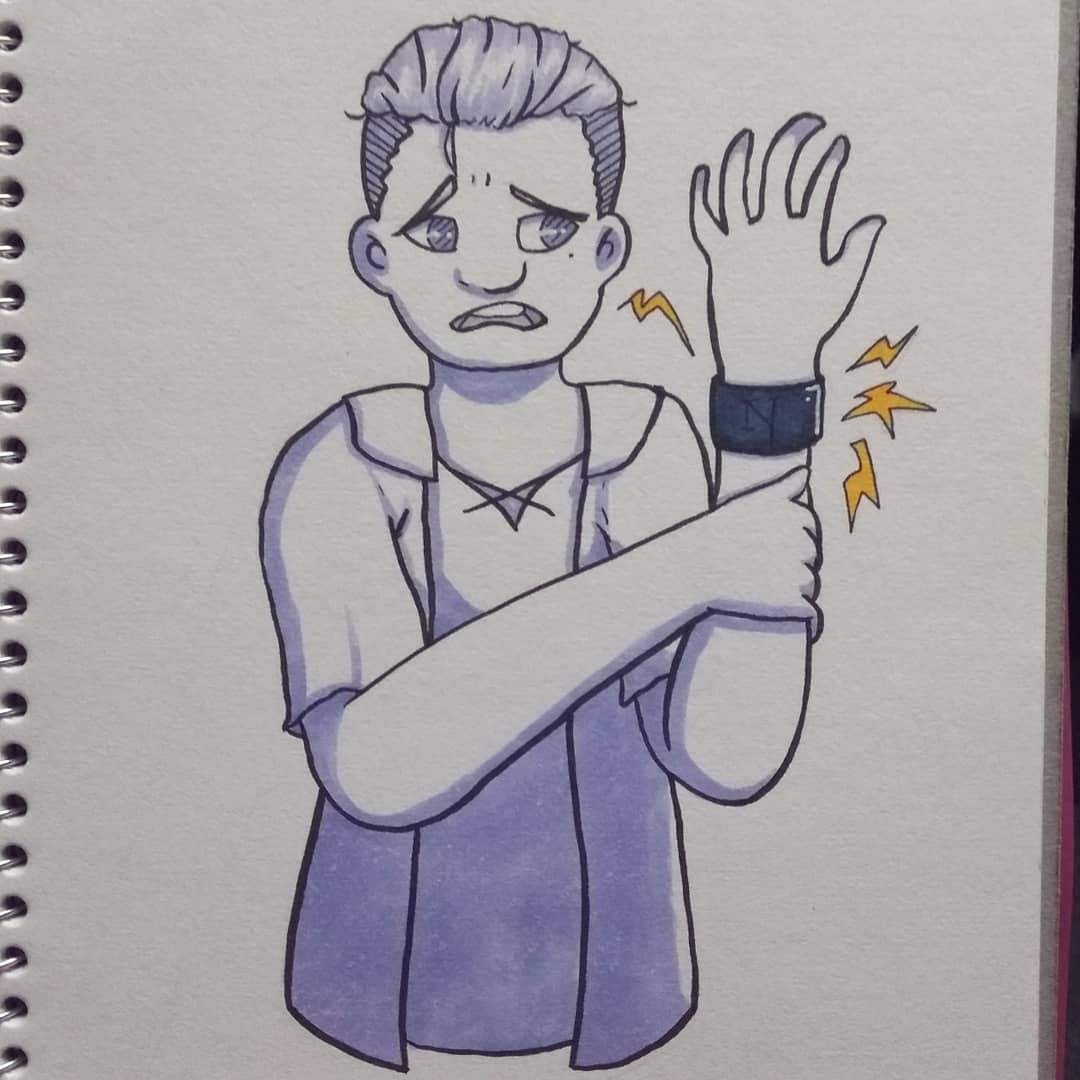 A necromancer with an Inhibitor

Planar Iron can be found seemingly anywhere in the mortal plane, with particularly concentrations in areas that were hugely affected during the Collision. Such places include the site of the old city of Fovenis, now a strangely shaped lake, which was home to one of the largest deposits.

It can also be found anywhere in the sense that Planar Iron can be artificially generated in any practical location, through combinations of magic and technology.

Planar Iron only began to appear following The Collision, and are believed by some to be fragments of the Planar Sea, the vast 'space' between the various planes of reality. In the eyes of others, it is fragments of the 'fabric' that separates each plane, though whether these two things are actually different is subject to much debate.
Type
Metal
Rarity
Rare
Color
Dark grey, almost black, with swirling iridescent patterns
Common State
Solid
Planar Magic
Magic that directly influences or harnesses the Planar Sea. Examples include Necromancy, Portal Technology, Divination, and Deific Communication

Done for Inktober 9 - Element! The drawing came first but I was unhappy w/ how lazy it was so I wrote an article to go along with it :D