The far north reaches of the Mainland are normally covered in snow and ice and are considered generally uninhabitable.   The Northlands as they are known, lie between the Ivory Peaks and the Ashen Sea.   There are no proper towns or cities, but some folks at Camp Icebreaker have made a small outpost into a place where travelers can rest and find a bit of safety and a decent meal.   This is also the location of Drock's Tomb, recently opened to any who might dare to make the trip.

Freezing weather, lack of food and little shelter are only some of the things in the north that may kill the unwary. Giant Frost Worms, Purple Worms and the odd White Dragon are always looking for an easy meal as well. 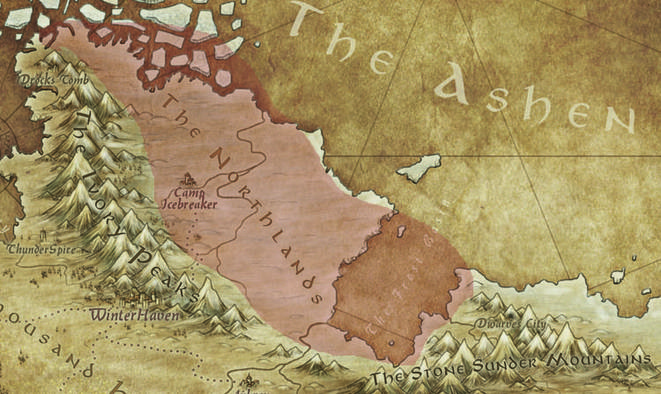