Bandit's Rest is a heavily forested region to the west of Brightport and south of Uman' Yiro and the Hazaan Mountains.   Somewhere in the forest is the main location for the Nu'Val .   The closest settlement is Aldmoor just to the east, but Brightport is easily within a days travel.

The things most feared in Bandit's Rest are the people who live there. The forest contains the main camp for the Nu'Val slave trading ring, who frequently kidnap and sell any person or creature they believe can turn a profit. Additionally, dragons have been seen in the area and it isn't uncommon for kobolds to set up the occasional ambush nearby. 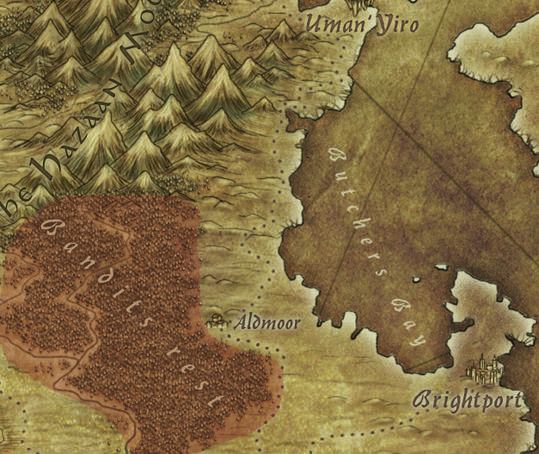