His boisterous and easy going manner can be misleading, as Barrett is a cunning detective with an intuitive knack for reading people.

Born to a working class family in the Lowlands, Barrett worked hard to better himself and protect his community. After landing his lucrative position with Securicorps Barrett relocated his family to The Outer Loop, but still owns their family home, a corner unit on level 5 of Tall Pines.

Barrett started as a beat cop with the Edge City Police, and worked his way up to the rank of Detective. He was recruited by Securicorps, who needed experienced operators with connections in The Lowlands. They hired him to serve with the Adjucators and partnered Barrett with Camilla Marko.

Barrett had a very promising career as a MMA prizefighter during his early years in law enforcement. He was the Light Heavyweight Champion in multiple promotions, including the Edge City Fight League and the Canyons Brawlers Club. The highlight of his fighting career was a championship fight trilogy with Rang 'Rat-a-tat' Jae-Sun. Barrett defeated Jae-Sun to capture the CBC Freestyle Championship belt, but lost the rematch and the third and final fight. 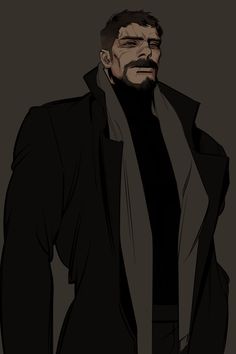