It would appear that for my lord Dunheuvelin, every argument is the hill on which he is willing to die.
— Karukin Maximovich, tutor at the Sanctuary of Learning, Rykfontein

Ludwig Dunheuvelin (pronounced Lud-VIG; DUN-hoy-fel-in) is die Eerste Regte (the First Judge) of Kredashmi. He is the son of Lazarev Dunheuvelin and Carolina Tarasovicha. He was the husband of Faustine Anaïs Dunheuvelin, formerly Schwannraelen, and is father to one of the main POV characters in The Sorrow of Souls, Book One: Harbinger, Chazley Dunheuvelin.

Ludwig and his twin sister, Lynsey, were born in Draakhohen Castle on the anniversary of the Battle of Alahnis. Their father, Earl Lazarev Dunheuvelin, liked to keep his children close despite his frequent travels as Eerste Regter of Kredashmi. As a result, the twins split their time between the old dragon-rider fortress in the Vuurfelde (The Firefields), and the Dunheuvelin townhouse in the capital of Rykfontein.   Ludwig has a very difficult relationship with his mother, who left Kredashmi when her children were fifteen months old, returning to Raskvaeric in order to become a Saints-Servant. Growing up, Ludwig harboured some enmity towards both his mother and her Patron Saint, as evidenced in a page torn from his Raskvaerii language studies. It reads:

Today I have sinned by threatening Saints-Servant Mother and Saint Tsvetalina, to burn them and the Saint's temple over them. I am to go to bed hungry for two nights for refusing to pray forgiveness.

Ludwig believes that he was seven years old when he was made to write those lines, and keeps the snippet framed in his private office at Draakhohen.

...I promise I'll stop replacing Lunsoir Beaumont's ink pot with water before our lessons. I promise I'll stop switching Lynsey's desert for an empty plate under the cloches at dinner. I will even confess that it was me that stuck the paper moustaches on the effigies in the Sanctuary, and I will humbly accept my punishment. Just please, don't send me to the Palais this summer.
—
Nine-year-old Ludwig to his father


It was König Faustus's belief that the strength of his government stemmed from the close relationships forged between him and the Ses Regters in their youth. As heir to the hereditary position of First Judge, Faustus was therefore keen for Ludwig to form a close bond with his presumed heir, Thaddeus. This suited Lazarev nicely: when the König's Privy Council was in session, the twins were also extended invitations to the royal residences of the Vezaleia Palais in Rykfontein, and the Schwannstryd Palais in the Königsown.   Thaddeus is three years older than Ludwig, but he was intensely jealous of the younger boys' natural leadership skills. This became especially apparent in the way that the other Judges' sons (or heirs that were of a similar age) would take their cues from Ludwig during games and sport.
While Ludwig tried not to engage in it or rise to Thaddeus's taunts, a vicious rivalry developed between the two boys, resulting in several suspicious injuries and one near-fatal accident.   Despite several interventions by the König himself, the matter came to a head when Ludwig was thirteen. During a hunt, Thaddeus purposefully shot and killed one of the König's falcons; a beautiful bird that had been named in honour of one of the historic Dunheuvelin dragons. Ludwig attacked Thaddeus. By the time the pair were hauled apart, a howling Thaddeus was nursing a badly broken nose. Ludwig was sent back to the Vuurfeld for the remainder of the summer, but received no further punishment.   After that incident, the König stopped trying to impose friendship on the boys.

“You know,” she said, after a pause, “we are not far from the room where your father first set eyes on Faїs. It was not long after your grandfather had sent him to study at the Halls of Law.... We sat on sofas by the open windows, enjoying the sun and the scent of the roses below. And that’s where he saw her. Faїs and some of my other ladies were gathering flowers to weave into my hair. I think Ludwig loved her from that moment.”
— Karrena Marya to Chazley Dunheuvelin, excerpt from The Sorrow of Souls, Book One: Harbinger 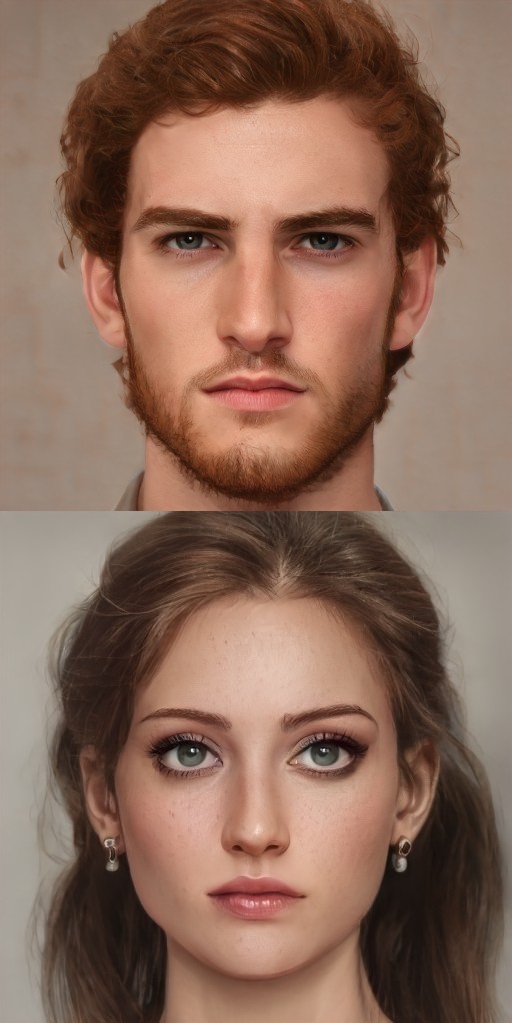 Faїs and Luwi by Brinsmead
Despite countless invitations to stay in the imperial palace from the new Karrena, Ludwig was resolved to live and study as a student within the Halls of Learning. He was, however, unable to shirk every invitation to imperial court, especially not a direct one from Karrena Marya to celebrate her betrothal to Ruslan Ekhroin. It was during that evening's ball that Ludwig was reintroduced to the daughter of König Faustus, Faustine Anaїs. Faїs had been sent to join the new Karrena's court as a lady-in-waiting at the age of fourteen, just weeks after the catastrophic events of her father's funeral. Ludwig was crushed when Faїs refused his offer of a dance, sealing his resolve to find himself inadvertantly paired with her during the middle of a set-changing social dance.   For all of its innocence, the relationship that blossomed between them was incredibly dangerous. The animosity between Ludwig and Thaddeus, coupled with Faїs's own troubled and complex history with her brother, threatened to overwhelm their fledgling courtship. It was Faїs who
ultimately chose to end their relationship when she was informed of her imminent departure to Kredashmi, in order to serve as lady-in-waiting to Thaddeus's intended bride. Ludwig was devestated by the abruptness of their break-up, but the separation made him determined not to allow the König to stand in the way of Faїs's future happiness - even if that future did not include him.

The Dunheuvelin family has never openly discussed the occassion of Ludwig and Faїs's elopement, nor the events that led her and her lady's maid to leave the Schwannstryd Palais in the dead of night, seeking shelter from the König's anger and paranoia. They have only deigned to confirm that the couple, along with Ludwig's father, sister and brother-in-law, removed themselves from the Dunheuvelin townhouse in Rykfontein to their ancestral home of Draakhohen Castle. Ludwig and Faїs were married in a private ceremony with the blessing of the Eerste Regter.   Ludwig believes that it was the blessing that led to his father's alleged murder five months later, at the reunion of the Privy Council in Rykfontein. No evidence of foul play was ever discovered to incriminate Thaddeus.   To the time of Harbinger, no Saeric monarch has ever been tried or convincted of murder. 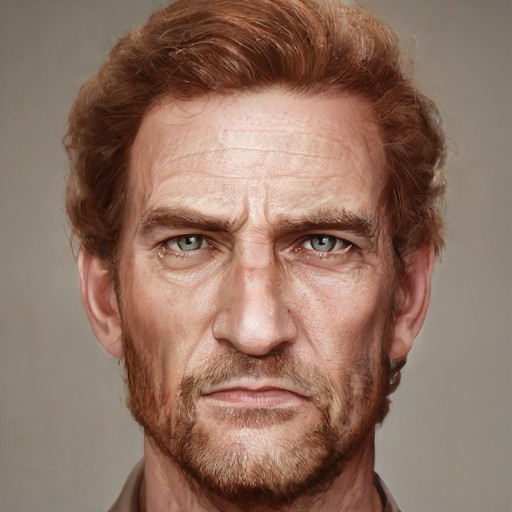 "For Everyman and Justice"
Children

Perhaps dreams of flying aren't so unusual for a descendant of dragon riders, especially not for a small boy raised on tales of their heroic deeds. But for as long as Ludwig can remember, he has never dreamed being a rider. No.   Ludwig has always dreamed of being the dragon.

As is customary with the heirs of the Ses Regters, Ludwig began his formal apprenticeship at the age of fourteen. This intial stage of his judicial education lasted for years, beginning in the Eerste Regter's office; every eight months, the boy's tutaledge and care would pass to another Regte. Ludwig enjoyed shadowing the Regters in their official duties both in Rykfontein and on the Judicial Circuit for their provinces, proving himself to be a capable and dedicated apprentice.   At the age of eighteen, Ludwig entered the Santuary of Learning at the Universität of Rykfontein, to begin his official law degree. Ludwig completed his studies in four years instead of the customary three that is expected of Regter heirs. The official line given by the Ses Regters was that they had accepted an invitation from the young Karrena Marya, to send Ludwig to the Halls of Learning in the Raskvaerii capital of Latharin. It was her plan to unite the Kredasene and Raskvaerii judicial systems more closely and, for some reason, it was believed that a year of studying abroad might ignite a similar desire in Ludwig.   However, there was also a rumour bruited within the Sanctuary of Learning, that Ludwig had started purposefully failing his examinations and producing terrible essays, perhaps in protest against the harsh punishments being exacted against the Fourth Regte's academically struggling heir, Gedeon Senyavin.

Hazing at the Halls of Learning

While Ludwig was attending the Halls of Learning in Latharin, he fell victim to a brutal and relentless onslaught of hazing and bullying by other students. The torments include:     Unfortunately for Ludwig's would-be harassers, the Kredasene adopted the cockerel and named it Gerard. This was an unpopular move that scandalised many in the Imperial Court and the staff in the Halls of Learning. Gerard, after all, was the name of Ludwig's traitorous ancestor who launched a rebellion against his homeland's invaders, called the last Dunheuvelin dragon from the sky, and turned the first Raskvaerii-König into a Saint by slaying him at the Battle of Alahnis.   When Ludwig refused to rename his new pet, the Master of Rest had the young man evicted from residence for illegally owning a pet. This forced Ludwig to finally accept Karrena Marya's incessant invitations to stay in the Imperial Palace. 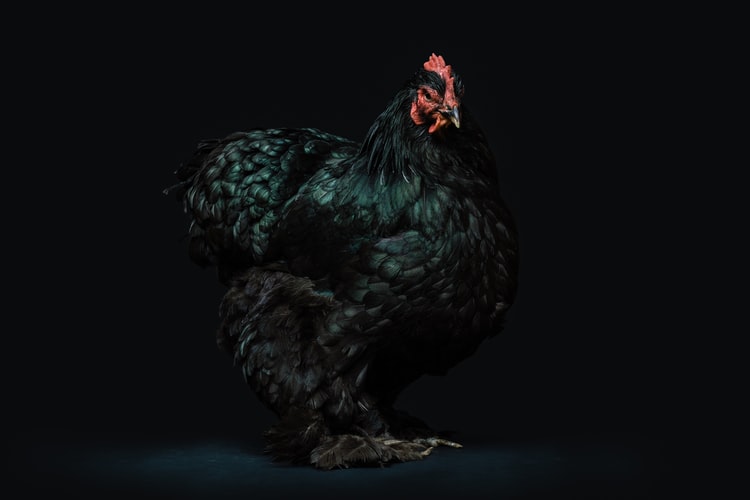 Gerard by John Towner
Author's Note: Ludwig and Faustine Anaїs will be POV characters in a short story that is currently unnamed.   MAJOR Sorrow of Soul/Short Story Spoiler
As the titles of prinz and prinzessin are not hereditary titles in Kredashmi, Thaddeus's contempt of Faїs initially stemmed from their father's apparent favouritism of his youngest child. This anger and paranoia turned to outward hostility when, after his father's sudden death, Thaddeus discovered that Faustus intended to bestow Faїs with the title of Kronprinzessin, and formally instate her as his heir.   As Kredashmi was considered ill-prepared for a Königin to rule in her own right, Faїs was sent by the Ses Regters, to be a lady-in-waiting to Karrena Marya. This was arranged for her own safety.   It is currently unclear whether Faїs was aware of her father's plans.

I really like Ludwig. Also the fact he had a cockerel named Gerard. :D

Gerard is the best pet. He probably had the ego of a dragon.