We are not elite: we are the common folk of the world united. But what we lack in strength, we make up in discipline and numbers.
— Swarm Leader Aquilan

The swarm is the basic tactical formation of the Brown Halora. With one hundred birds in a swarm, it is the first of the units to be self-sufficient on campaign, with dedicated logistics, engineering, and medical (operations) units. It is used as a portion of a wing. 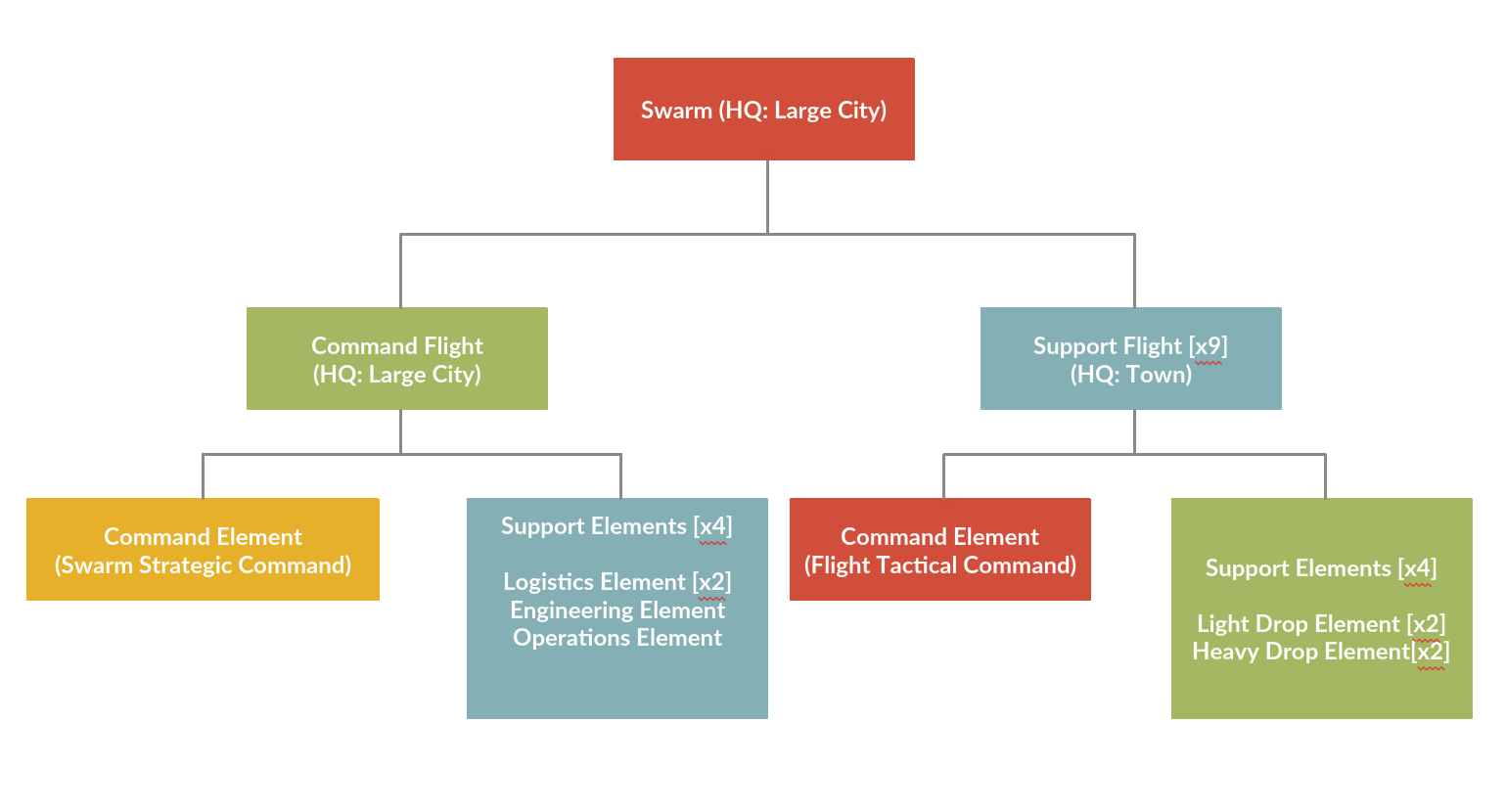 Swarm Organization by ElementalShrike
Swarms are composed of ten flights, which are highly specialized to carry out campaign. The "fodder" is nine support flights, each equipped with what they need for long-distance aerial raids. Each flight is commanded by a flight leader who reports to the swarm leader.   The command element, headquartered in a large city, is the brain of the unit. The swarm leader commands the entire unit, while his escort commands the command element. The command element includes all the people necessary for long-term campaigns: logistical advisors, engineers, and combat medics.

They can't possibly shoot all of us down.
— Swarm Leader Ryn

The swarm is just that: a swarm attack, with ten flights of ten birds. Due to the close-packed nature of the towns under attack, a few single hits could spark a devastating fire. Strength by numbers are words that they live by: when deployed, they are a formidable force.

Logistical support is often unnecessary besides food and drink provided from taxpayer money. The formation sustains itself from a base in the city, and the soldiers themselves feed themselves through the hunts it often carries out as drills.